Blond boy Josh gives us a quick introduction in this scene, and tells us that he loves being tied up. The boy is dressed in a shiny PVC tracksuit which clearly turns him on, as we spot a big hard bulge in those shiny pants when Josh stands. He calls Vitali over to tie him to the wall restraints, and when Vitali comes into view, we see he's wearing a matching PVC tracksuit too. Vitali restrains Josh, then begins groping, molesting, and kissing the bound boy. He frees Josh's hard uncut cock and strokes it before getting down low to suck it. After a good sucking, Vitali frees Josh and lets the blond boy blow him in return. Josh sucks and slurps on every inch of Vitali's dick, then it's time for the anal action.

The boys still have their shiny PVC tracksuits on as the anal action begins. Bottom boy Josh has his pants pulled down enough to expose his ass, and Vitali has his lowered just enough for his dick to stick out. Vitali slides his bare boner into Josh and pounds the boy on the bed. They then move over to the wall and get into a standing position so Vitali can really slam Josh hard from behind. It's then back to the bed for a missionary style drilling which leads to Josh shooting his load over himself. A moment later, Josh gets a hot facial as Vitali unloads over the boy's face.

Dick Detective's verdict: Excellent! I love that the boys keep their sexy and shiny tracksuits on throughout the whole scene! 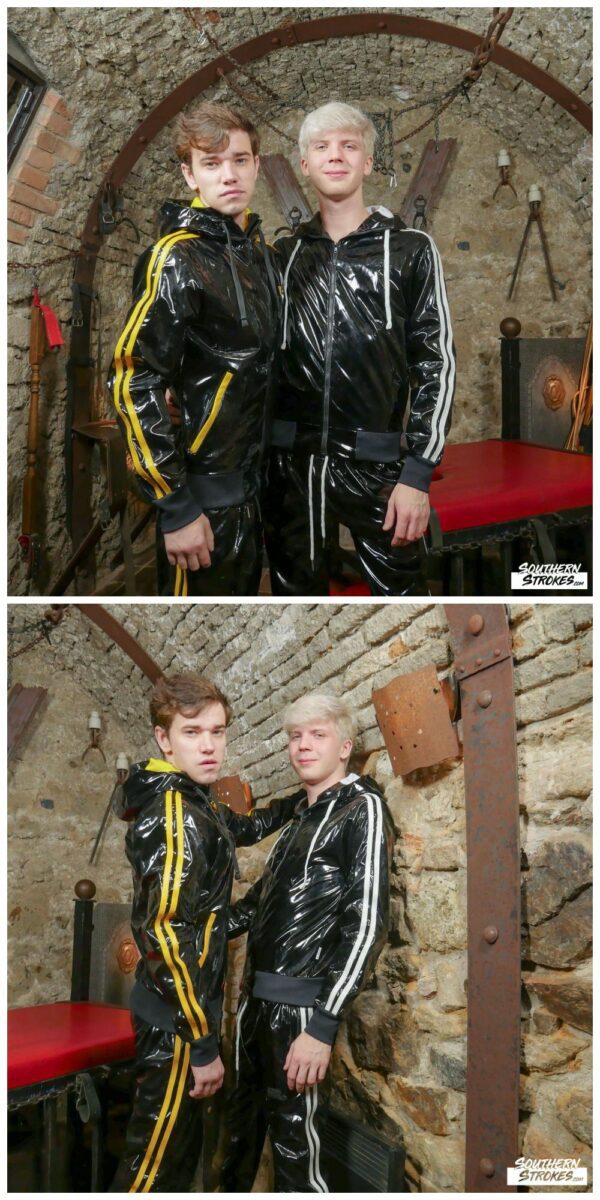 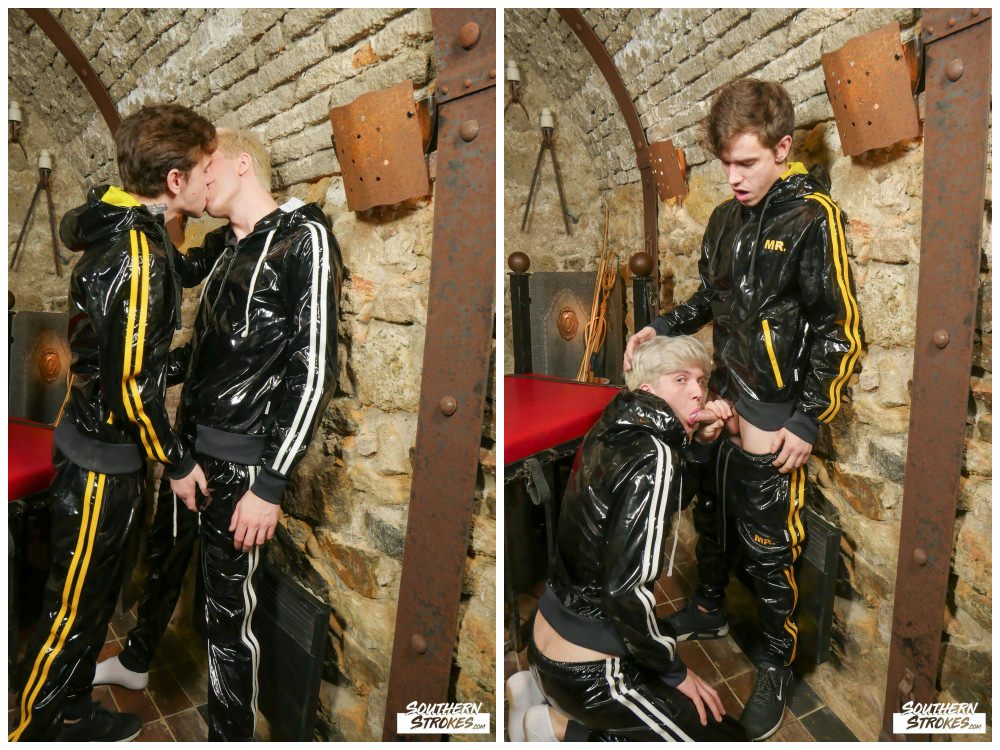 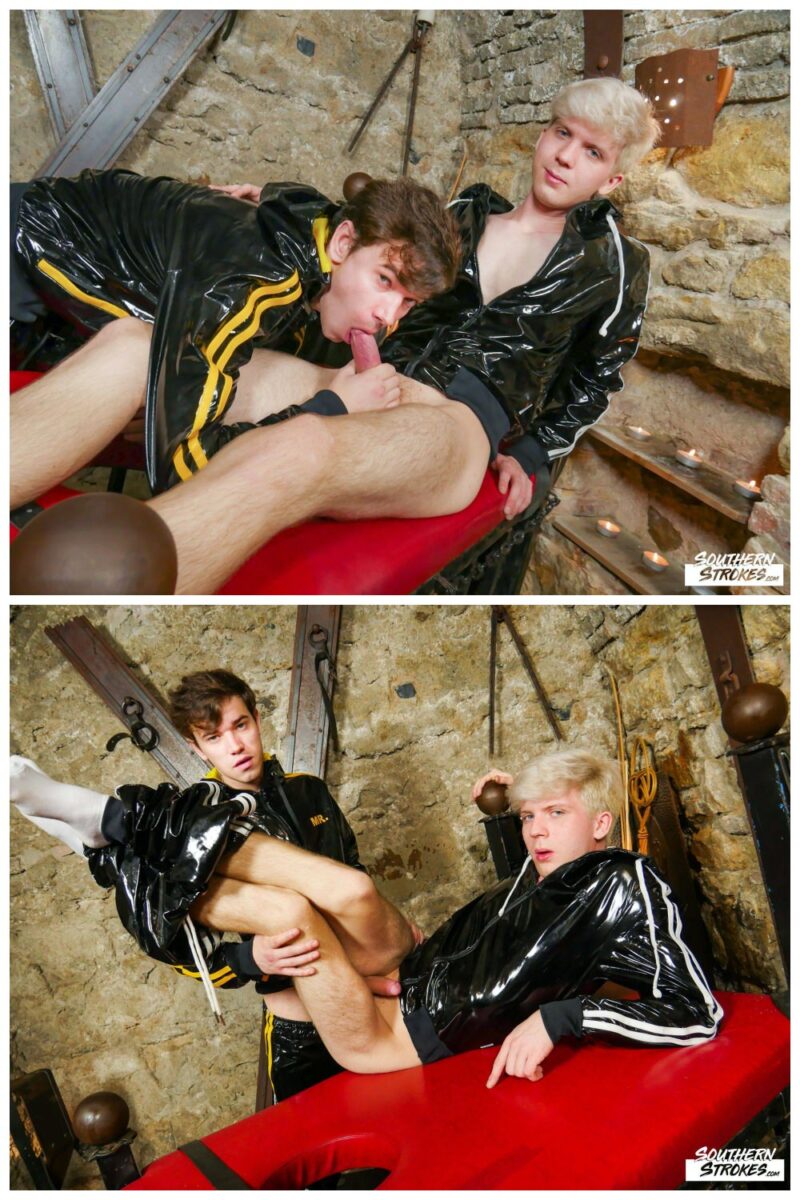 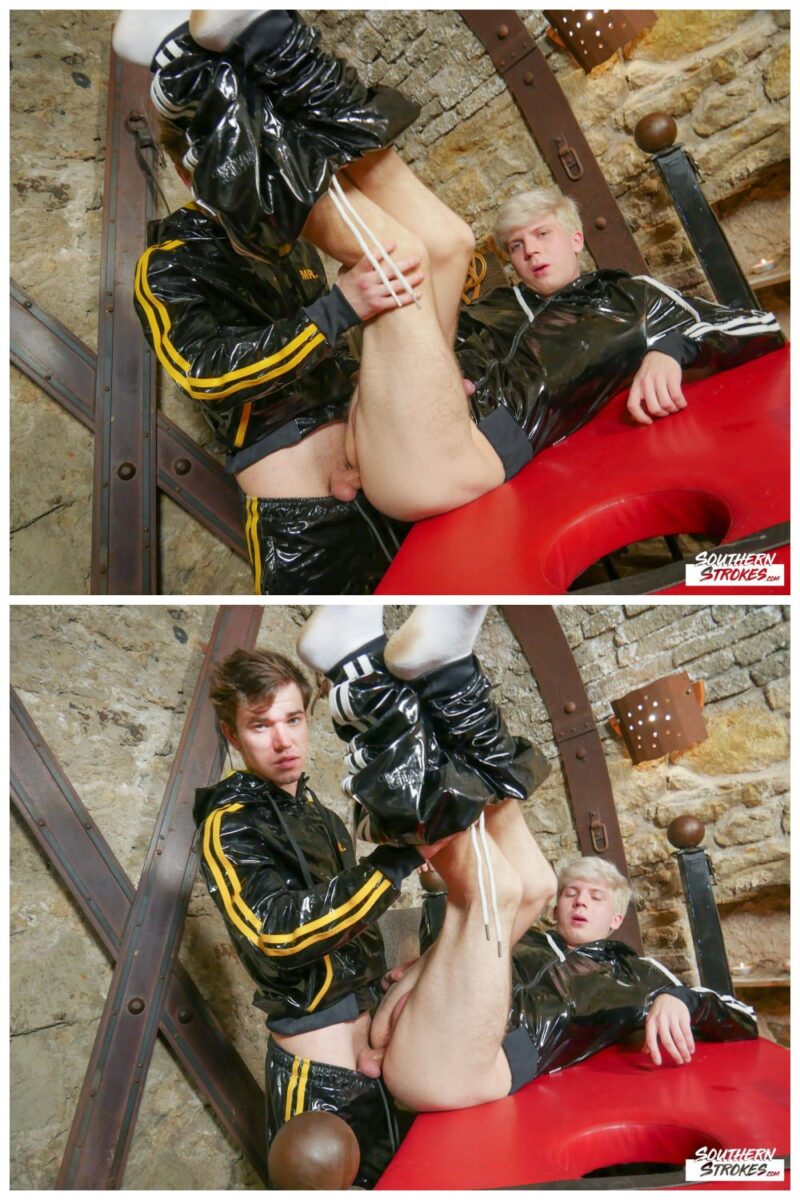 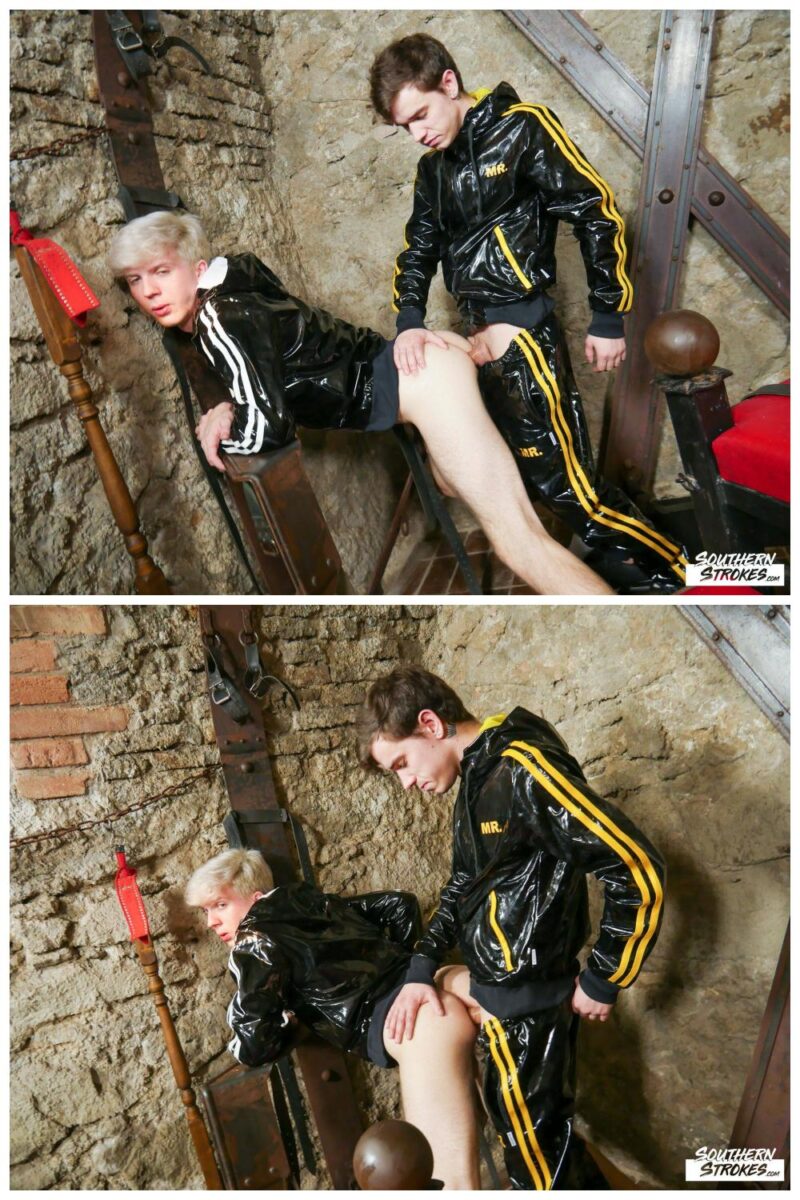 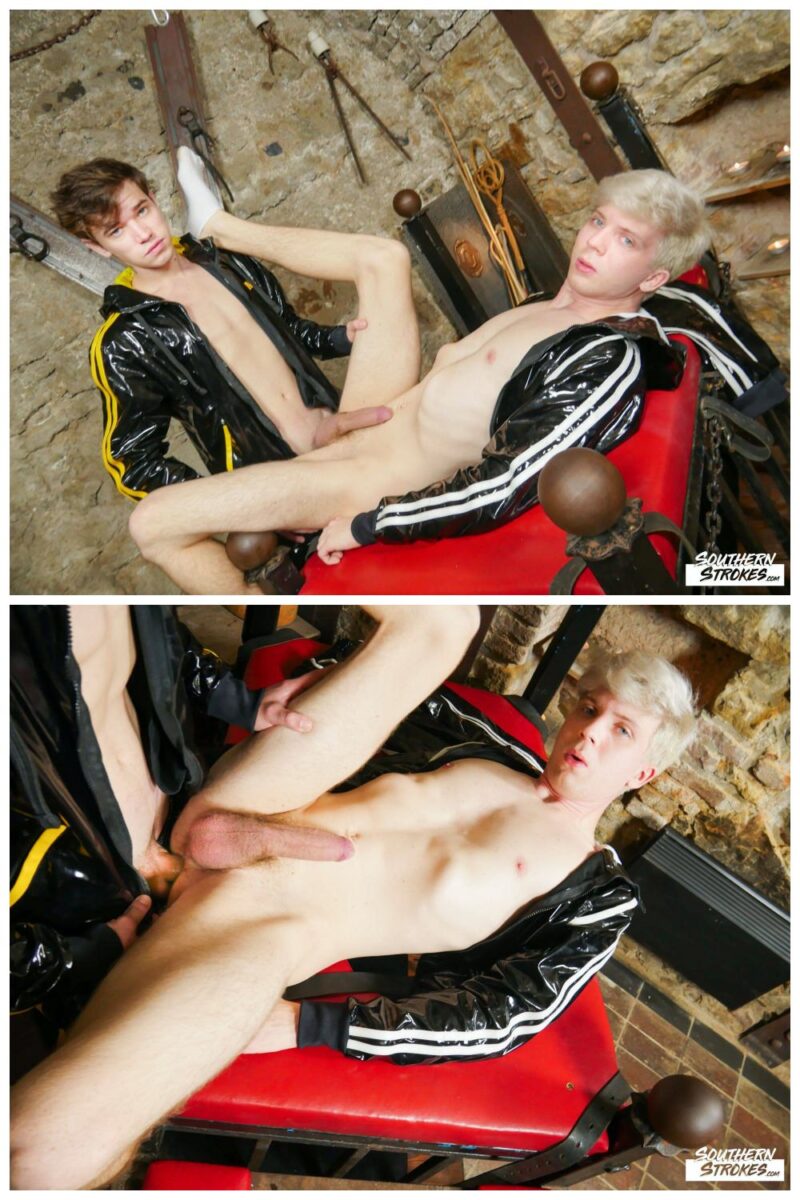