Guitar frontman Sunny D gives rehearsal his all, but he wishes drummer Dex Parker would do the same. When tattooed jock Dex strolls in to practice late, and with a bad attitude, the frontman has to show him who's boss by putting his junk on Dex's drum. Annoyed, Dax tries to show he's the boss by bending Sunny over, pulling down his jeans, and playing his drumsticks on Sunny's ass. Sunny isn't impressed – but mostly because Dax has no rhythm! He takes charge and pulls down the drummer's jeans to ram a drumstick into his hole!

Dick Detective's thoughts: A fun scenario and great use of the drumsticks too! I very much enjoyed watching Sunny slam Dex in the pile-driver position. 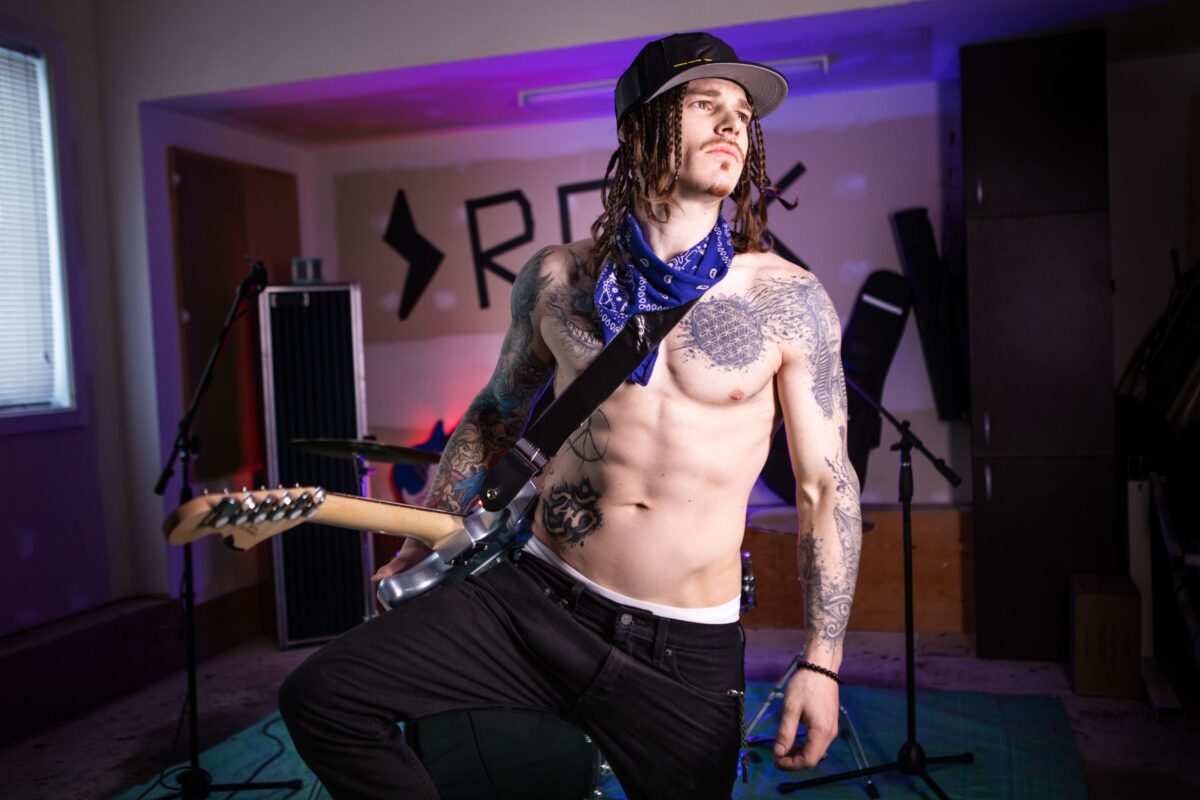 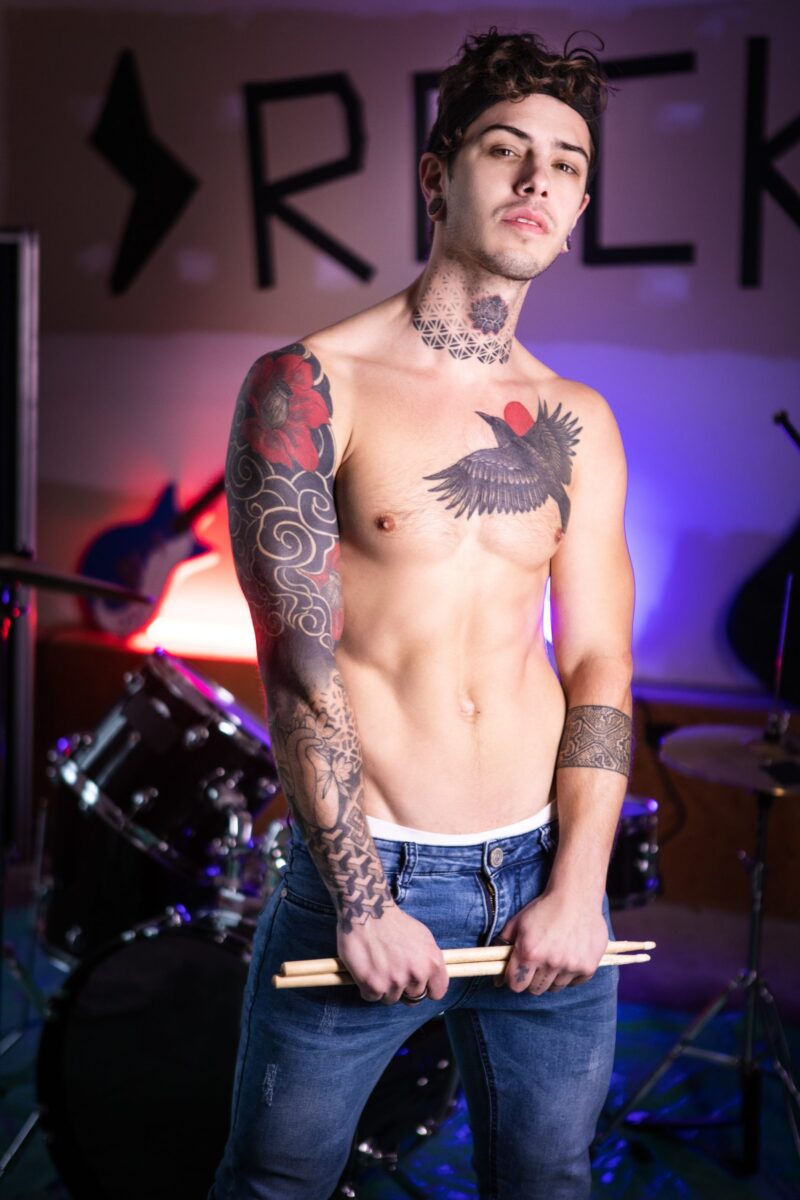 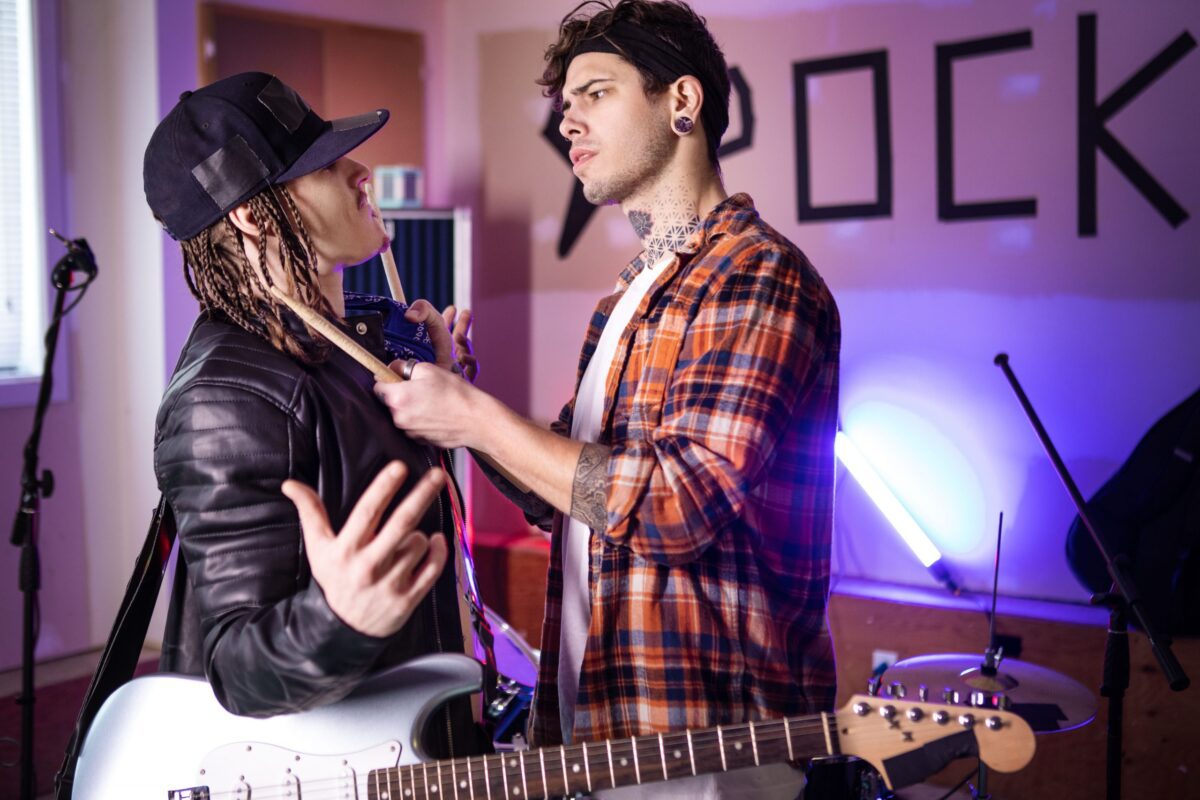 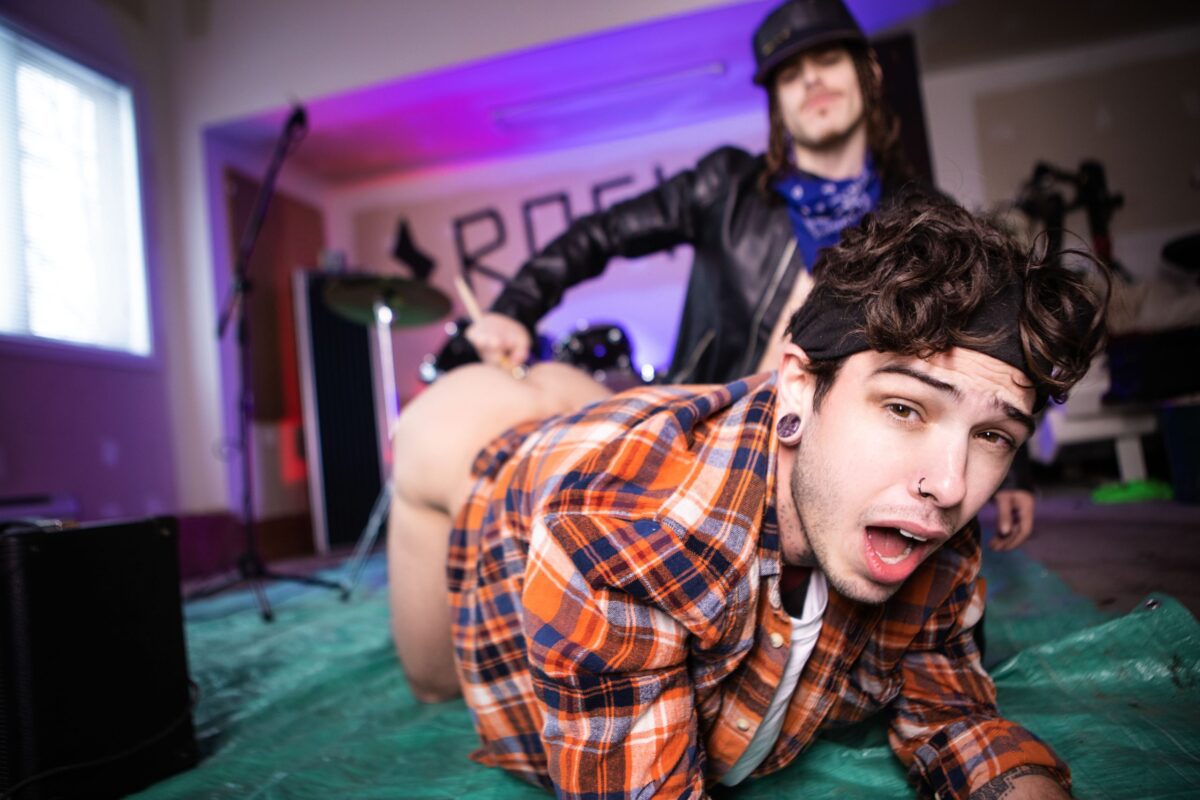 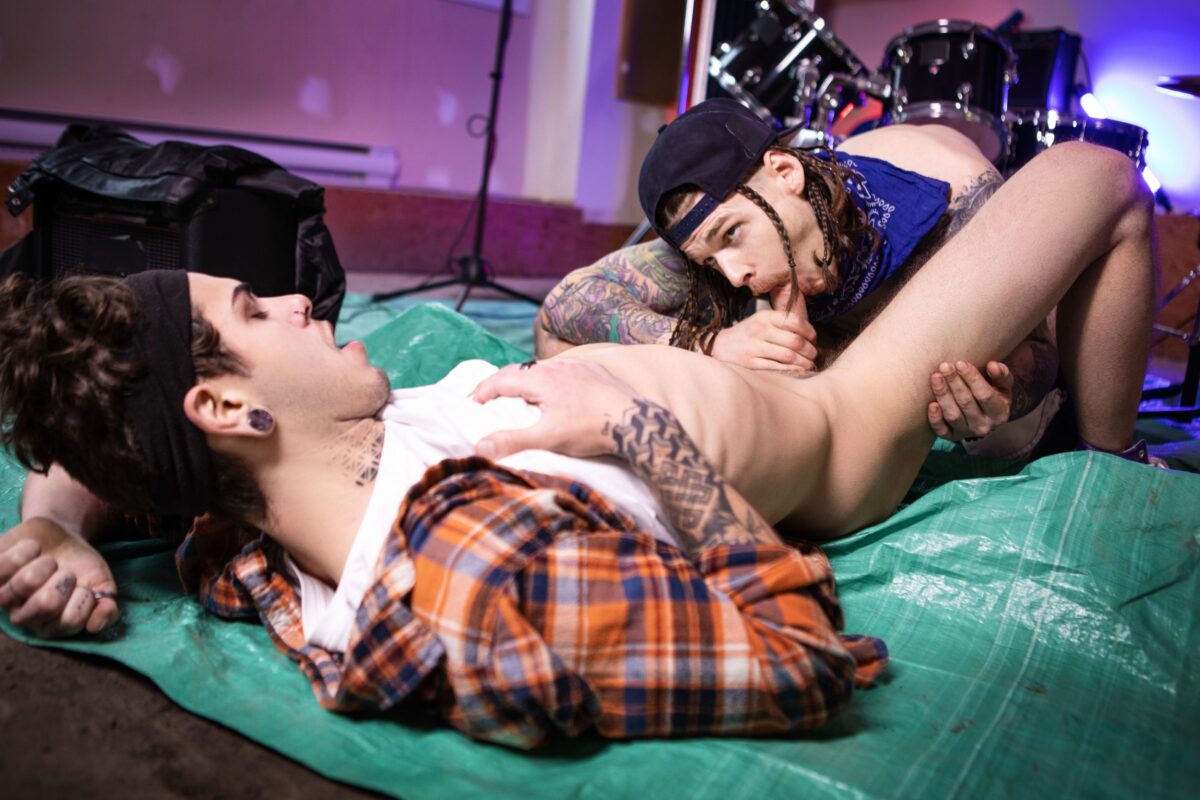 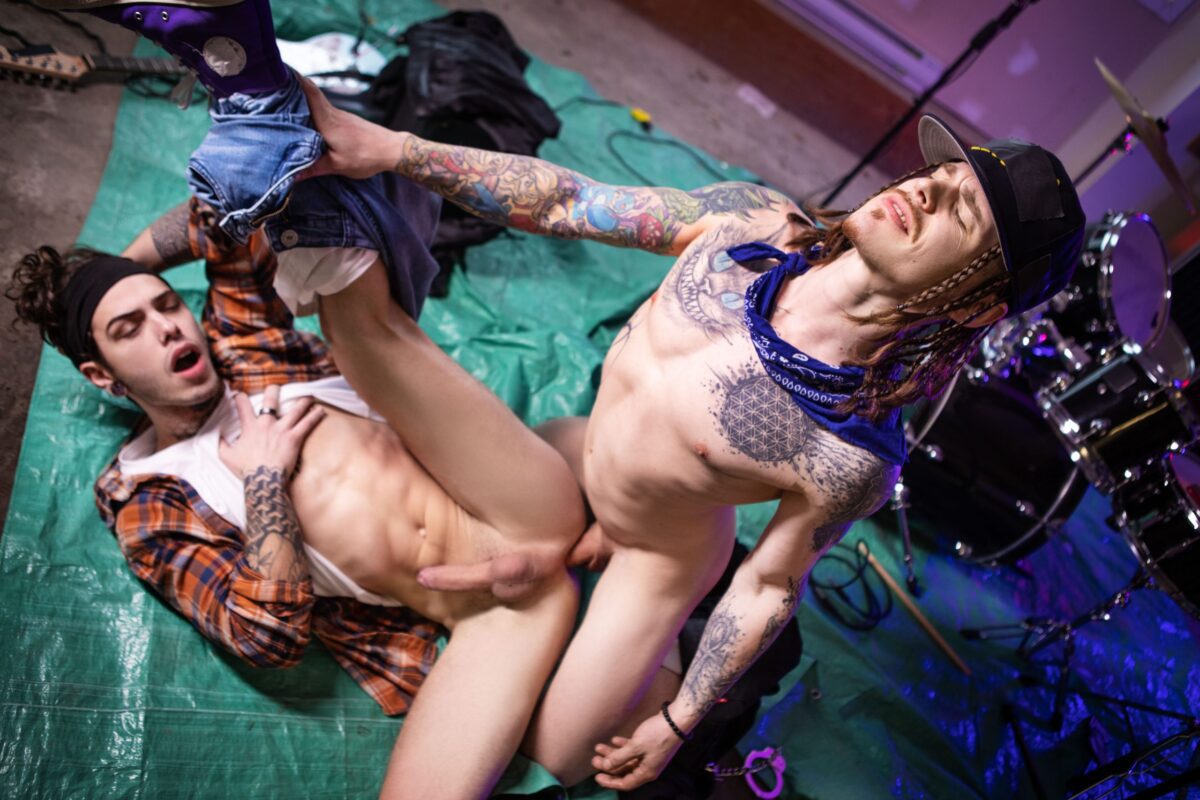 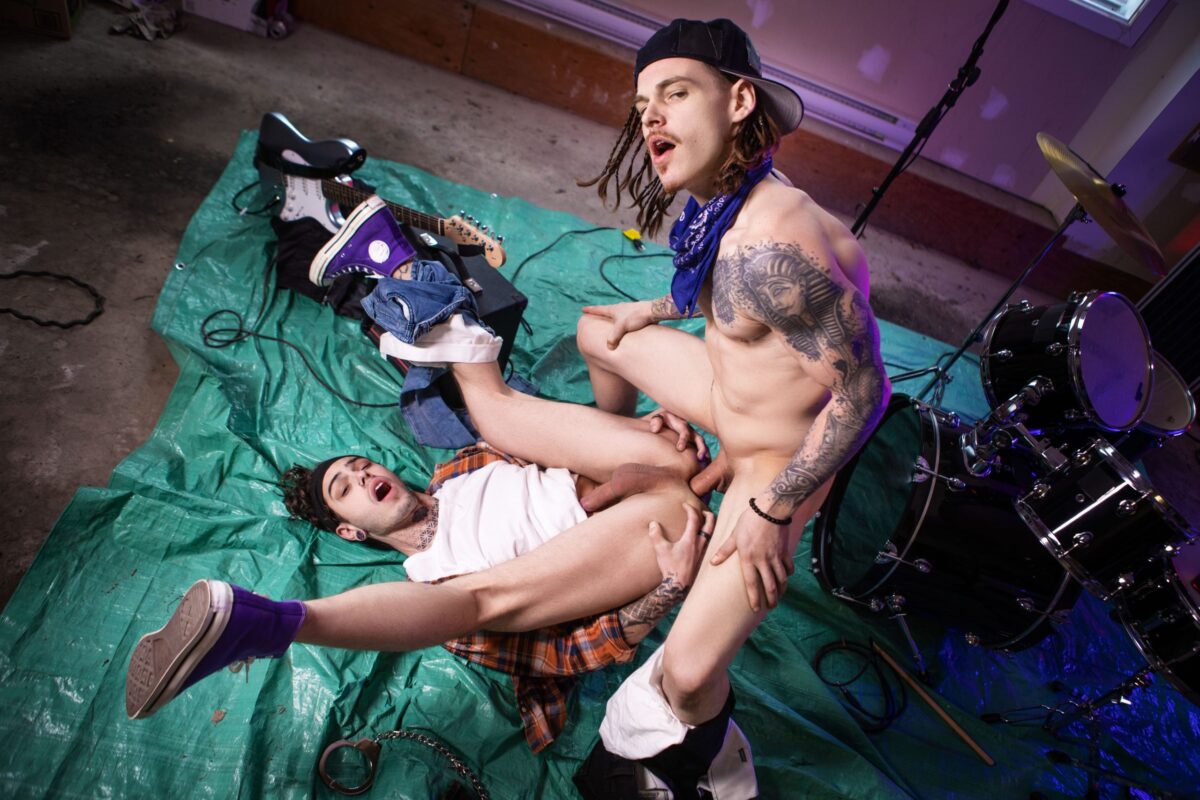 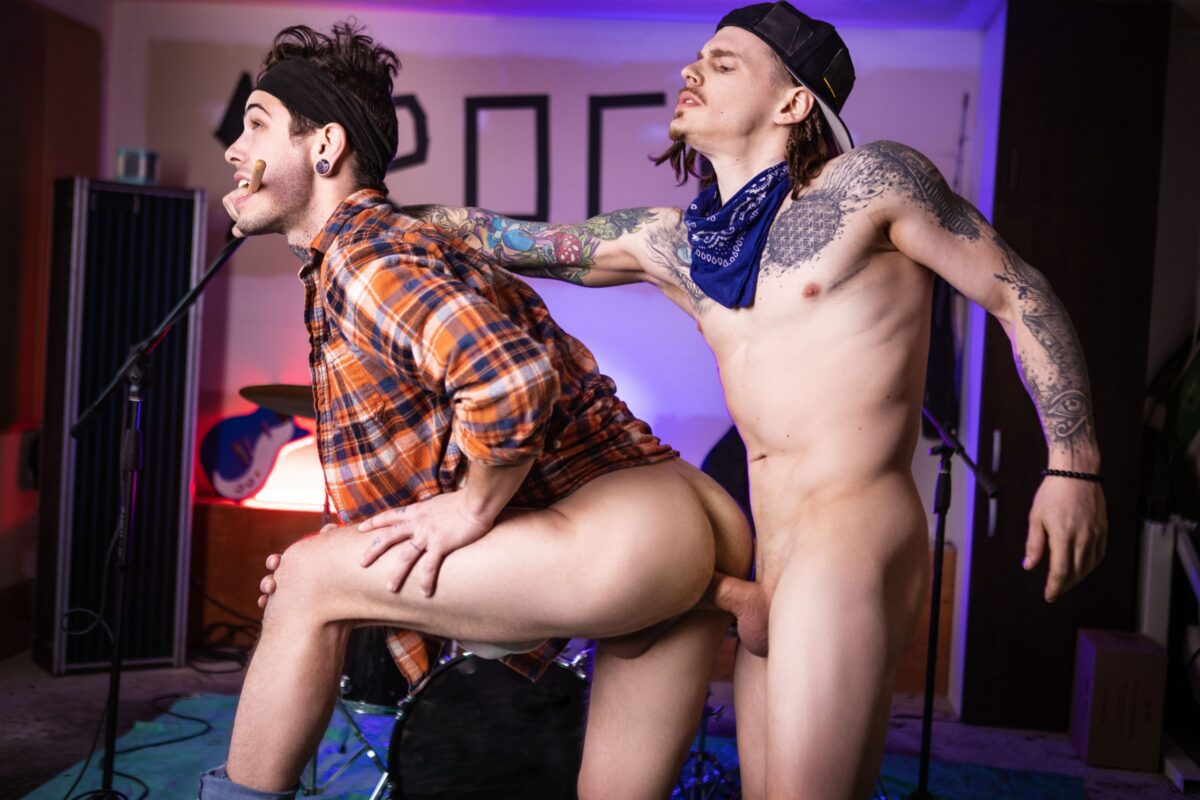 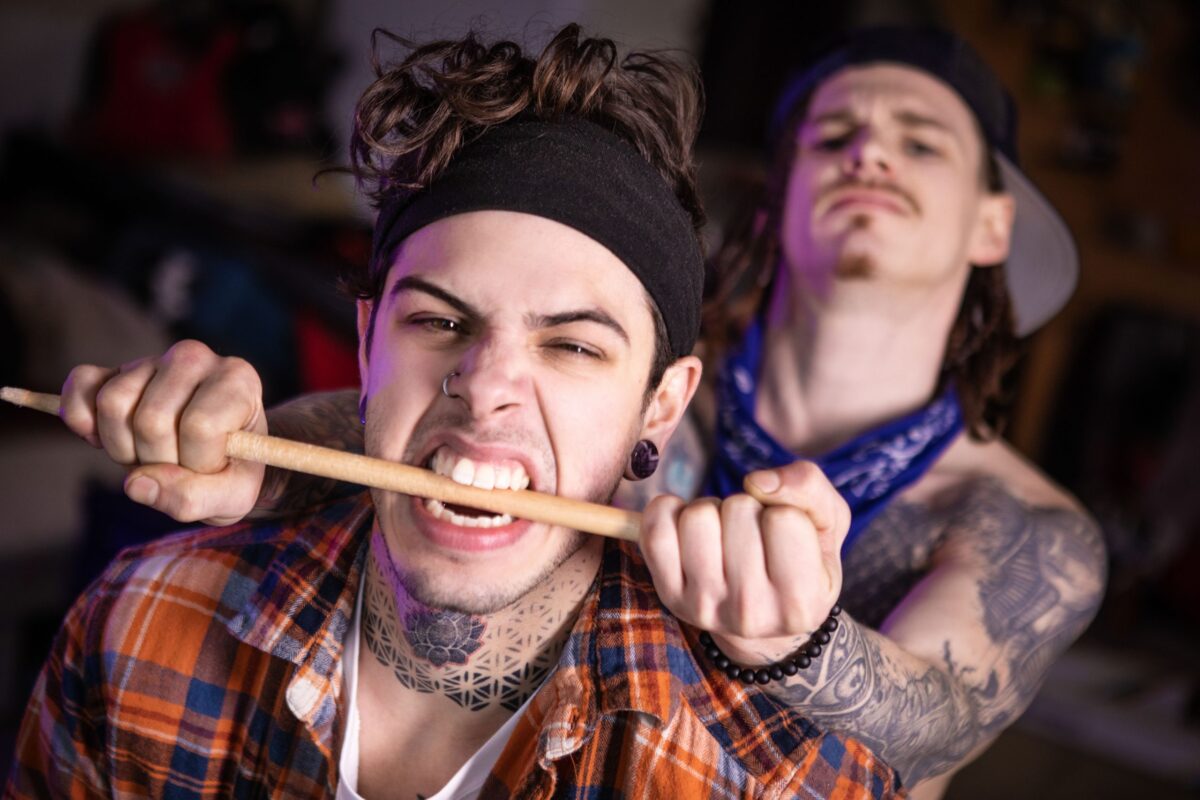