18 yr old first timer George is super cute. Stripping down to his undies, he shows off his smooth defined body, playing with his bulge.. He gets naked and works his thick uncut meat for the camera, before shooting a ton of spunk over his chest..

George starts off standing, looking into camera with his stunning eyes, and start gently playing with the bulge in his shiny sports shorts. He lifts his top to reveal a tight smooth six pack and large dark nipples.. running his hands over his chest, he plays with his nipples as he gropes himself.. 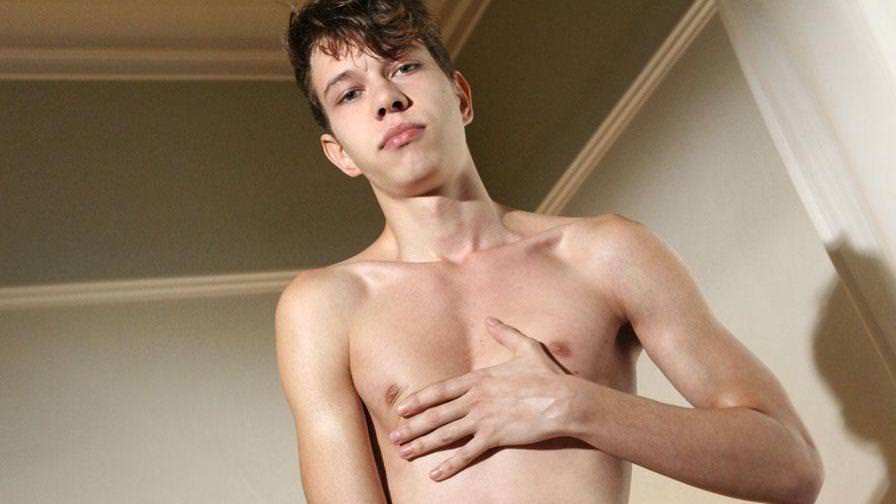 He takes off his top, and continues working on his bulge and stroking his slim defined body, then pulls down his shorts, leaving him in just his tight white boxer briefs. As he plays with his bulge it gets harder, and thicker, and he grips it at the base, so we can see the shape of it bulging through the fabric… George pulls his undies down, letting his dick hang thick and heavy.. its a perfect cock, meaty and uncut with plenty of foreskin. He plays with it a little, then gives us some great foreskin close ups as he slides his foreskin back and forth over the head, then lets it hang again. He jerks himself off a bit, then moves over to the sofa.