Roman Daniels and Taylor Blaise are both new models to College Dudes, and both very welcome additions too with their fresh-faced good looks, slim smooth bodies and rock hard cocks! If you're familiar with Roman Daniels from his Helix Studios scenes then you'll already know he has a huge dick, and it looks great sliding between Taylor's lips as he sucks and slurps on every inch of it. It looks even better sliding between his as cheeks though as Roman buries that big boner deep inside the young jock's tight hole and fucks him hard. Roman fucks an impressive load out of Taylor before then dumping his own cum right into Taylor's mouth. Definitely one of the hottest College Dudes scenes this year.

Check out some photos below, then head over to the site here to watch the video! 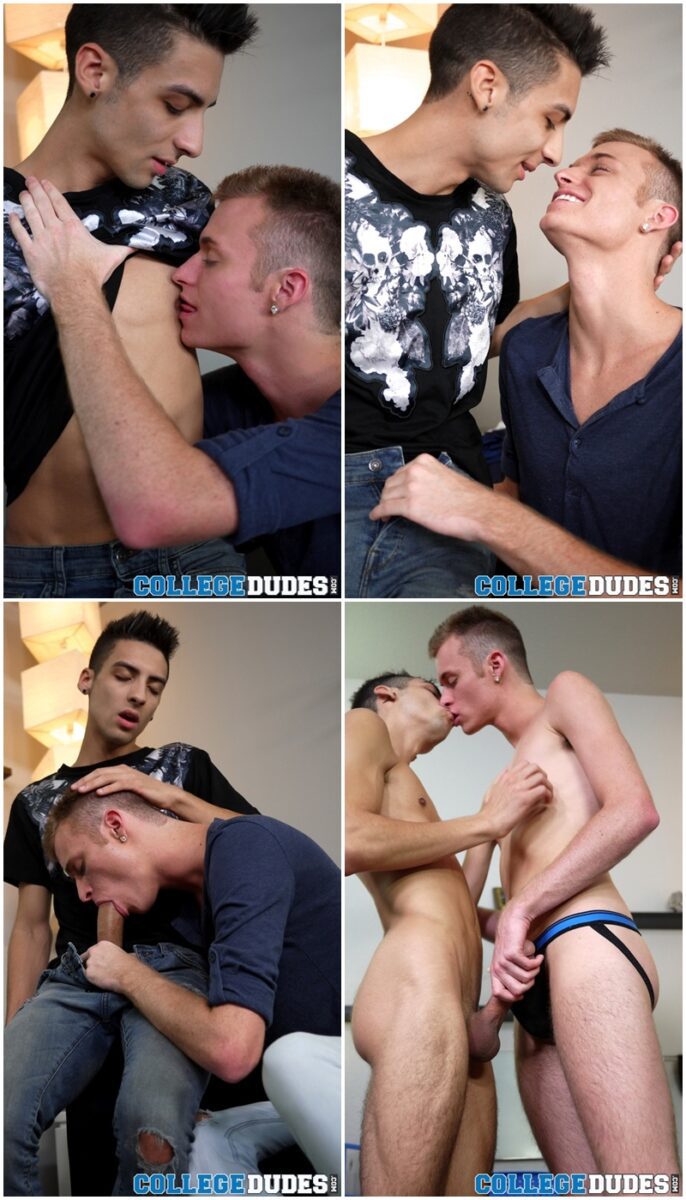 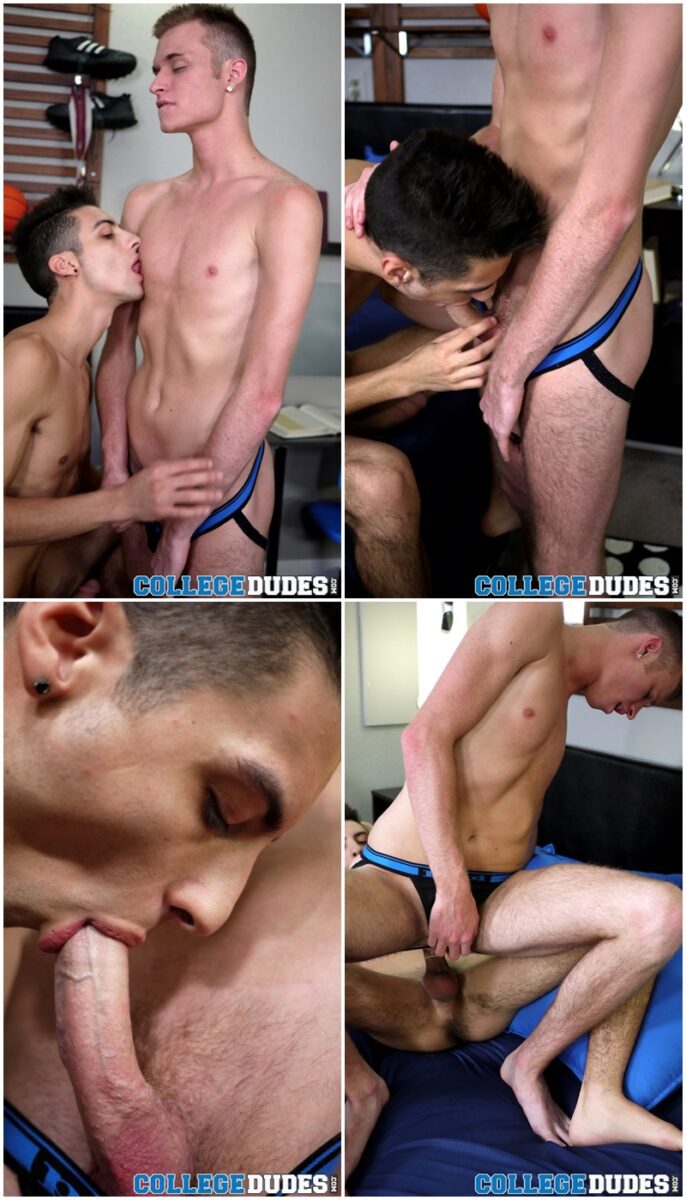