College athlete Ricky Daniels is extremely excited and equally anxious about his first time starting in the big game. His nerves are really showing, and he doesn't know what to do to calm down. Luckily, his roommate, Chris Manning, knows just how to help take the edge off: by giving Ricky's toned abs some soothing strokes with his hand before pulling down the QB's pants to free his thick cock. Chris expertly sucks and swallows his roommates chunky boner, looking up longingly at the athletic stud as he blows him.

Ricky's nerves are now well and truly calmed, but his sexual appetite has doubled, leadings him to push Chris to the bed so he can get to the boy's hole. He shoves his raw dick into Chris and pounds him on his back, making the boy moan out in pure pleasure. Chris spreads his legs wide as he feels Ricky's stiff shaft massaging him deep inside. He then sits on his athletic roommate and rides Ricky's bare boner balls deep. Chris takes a pounding from behind before it's back to the missionary position so Ricky can pound the cum out of him. A moment later, Ricky unloads over Chris too, satisfying his sexual appetite and big game nerves all in one go.

Dick Detective's verdict: Great! I love it when the bottom boy looks up adoringly as he blows the top's boner. 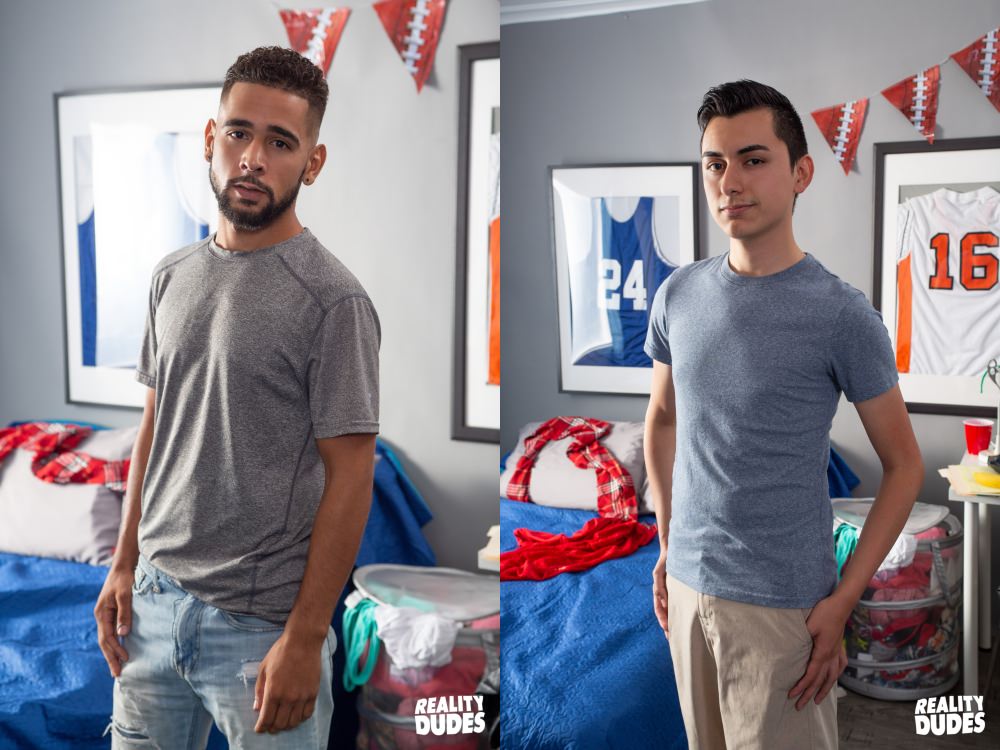 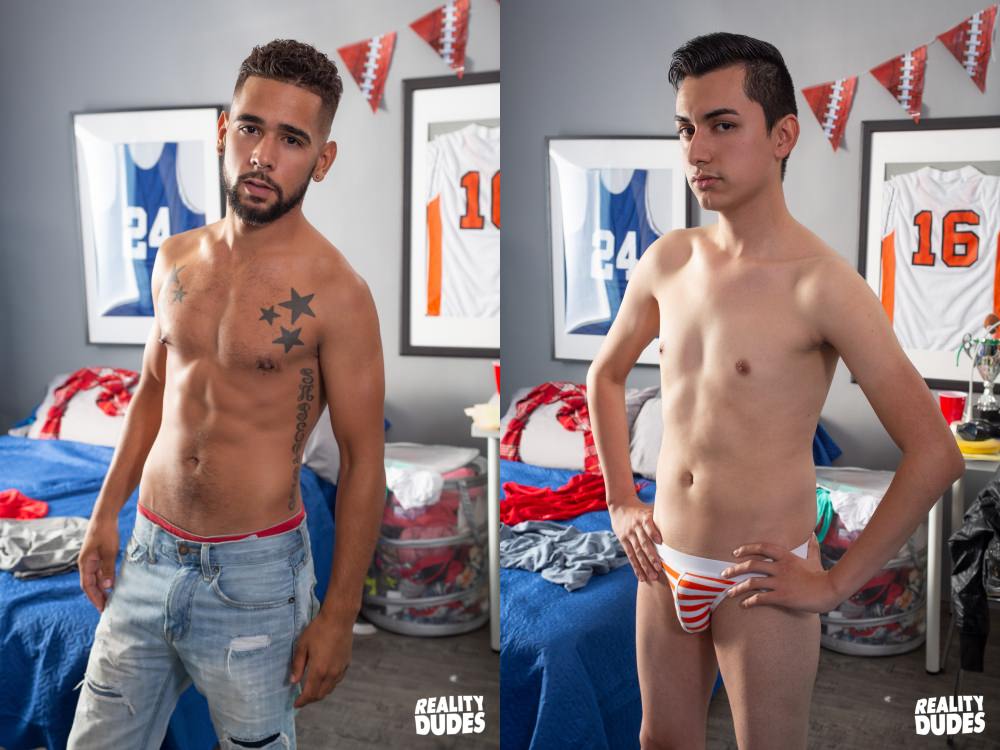 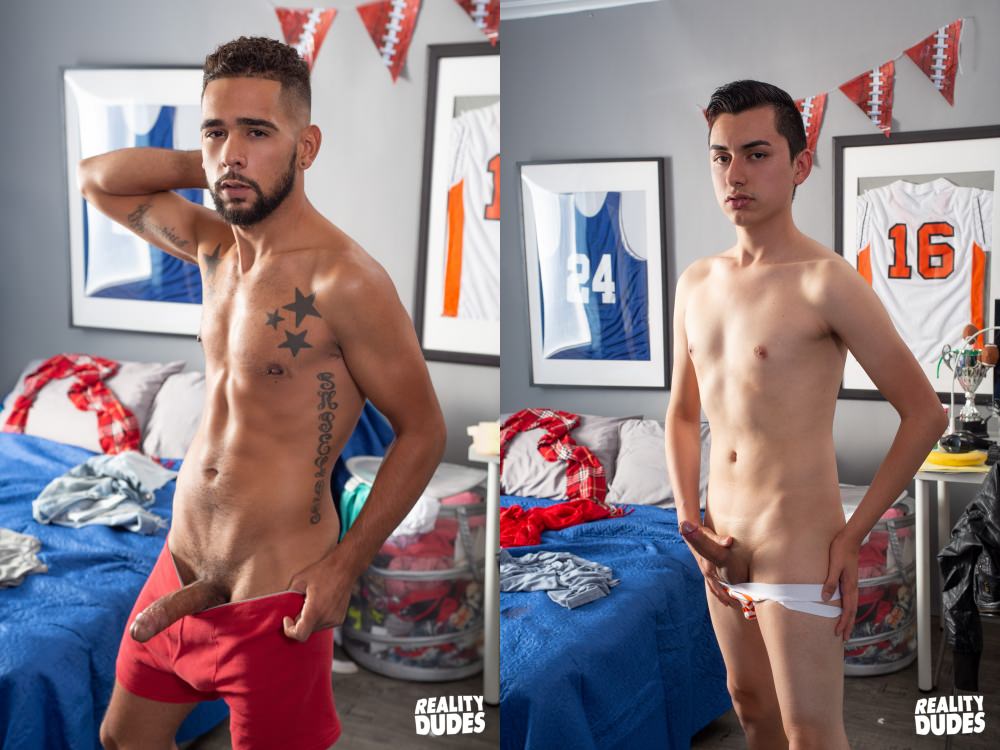 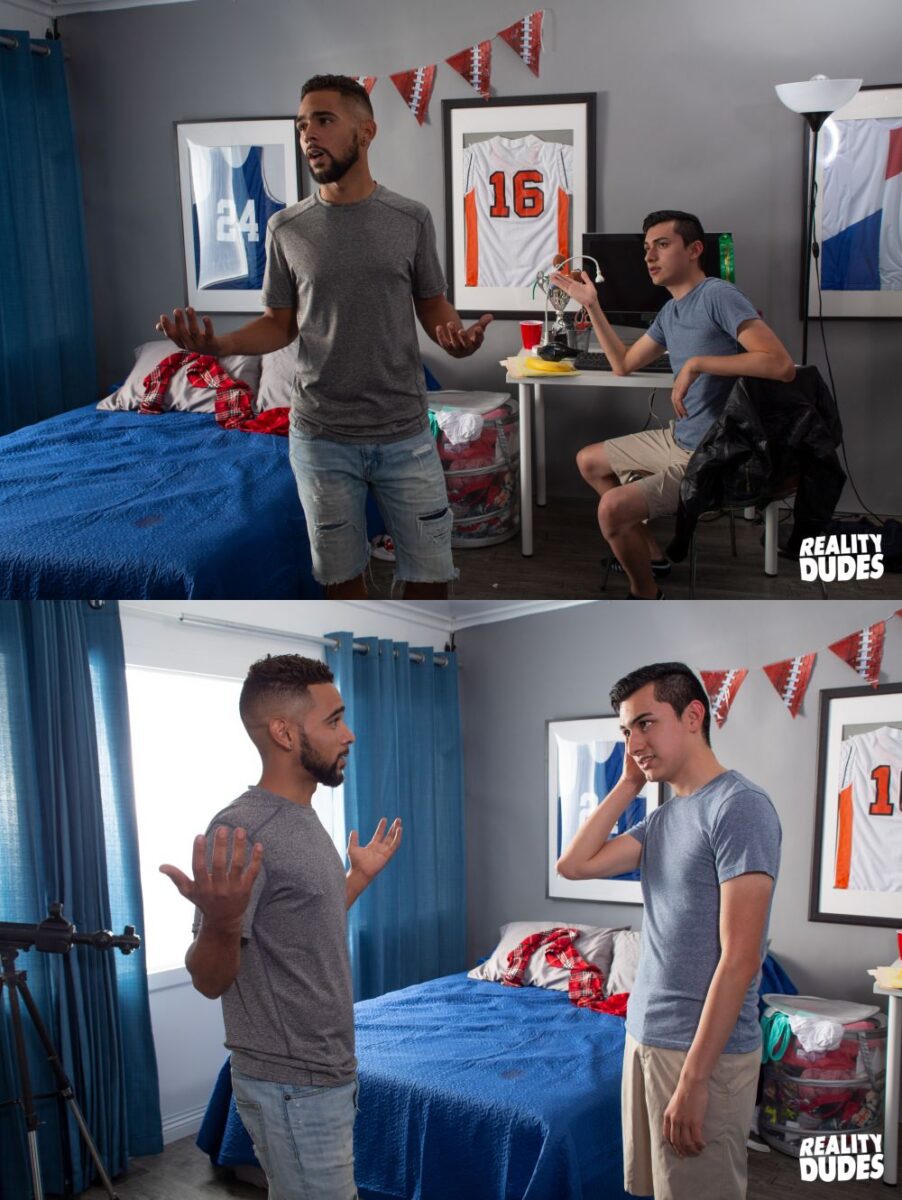 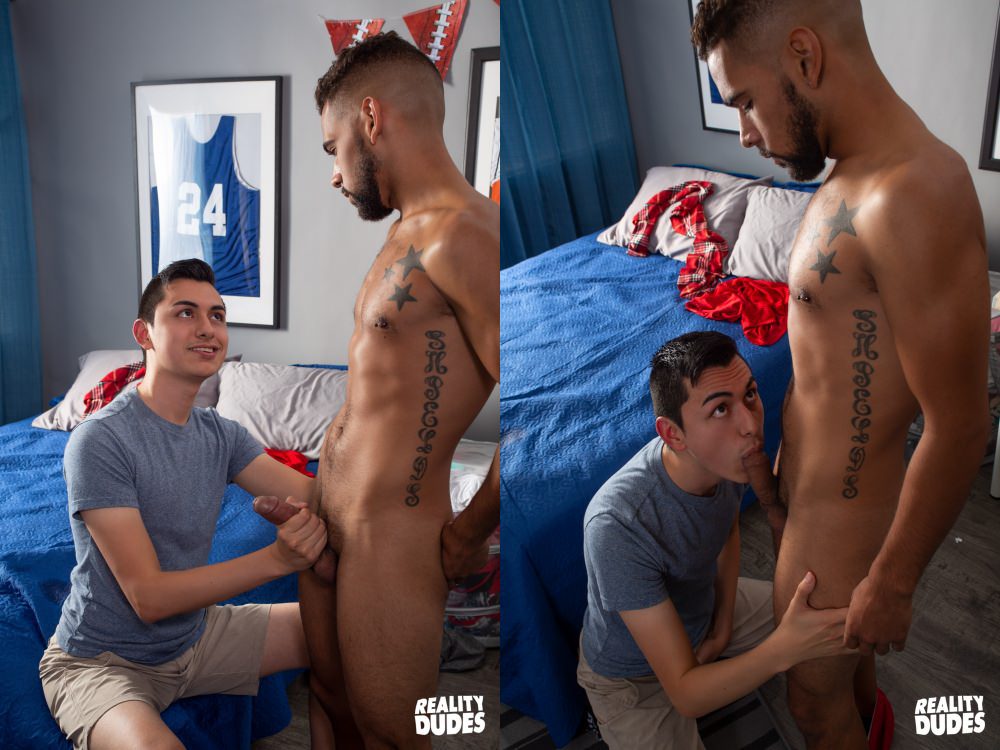 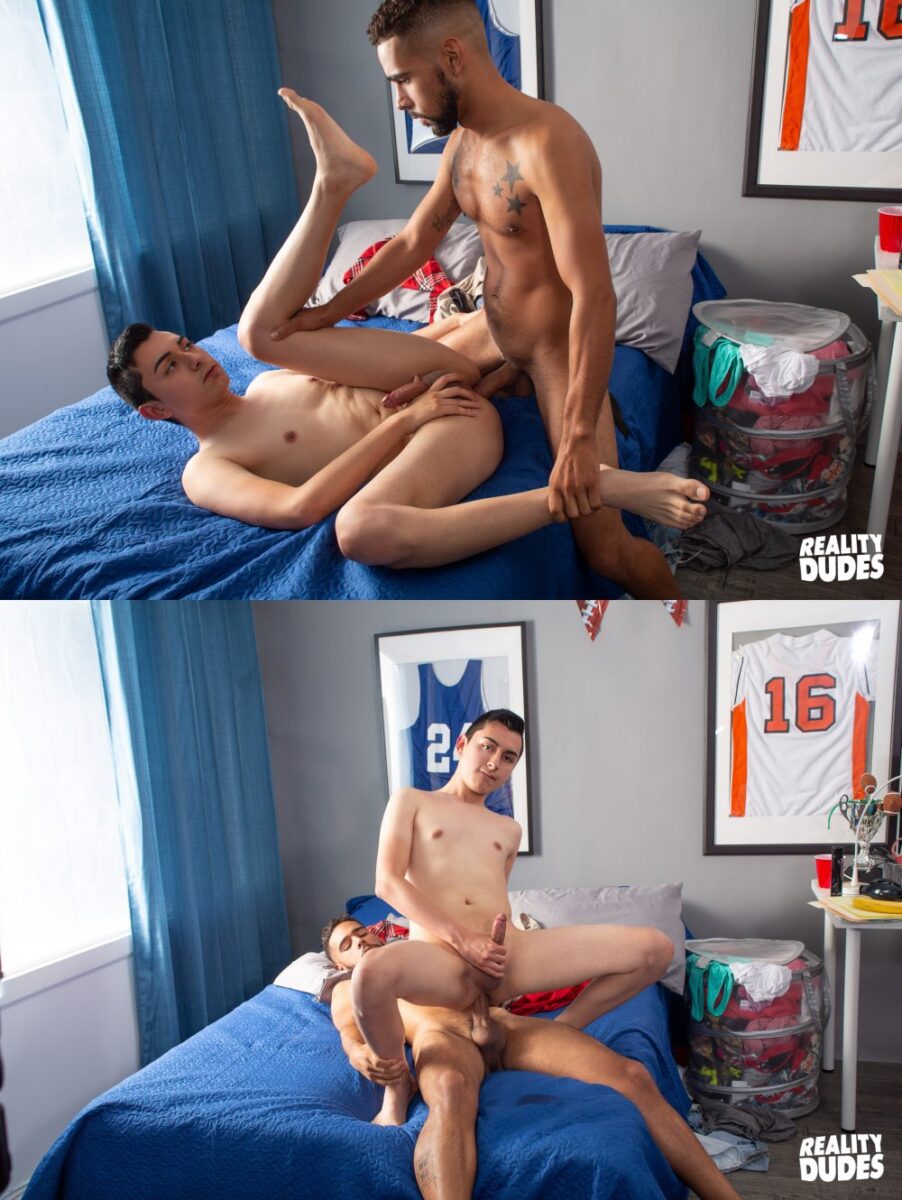 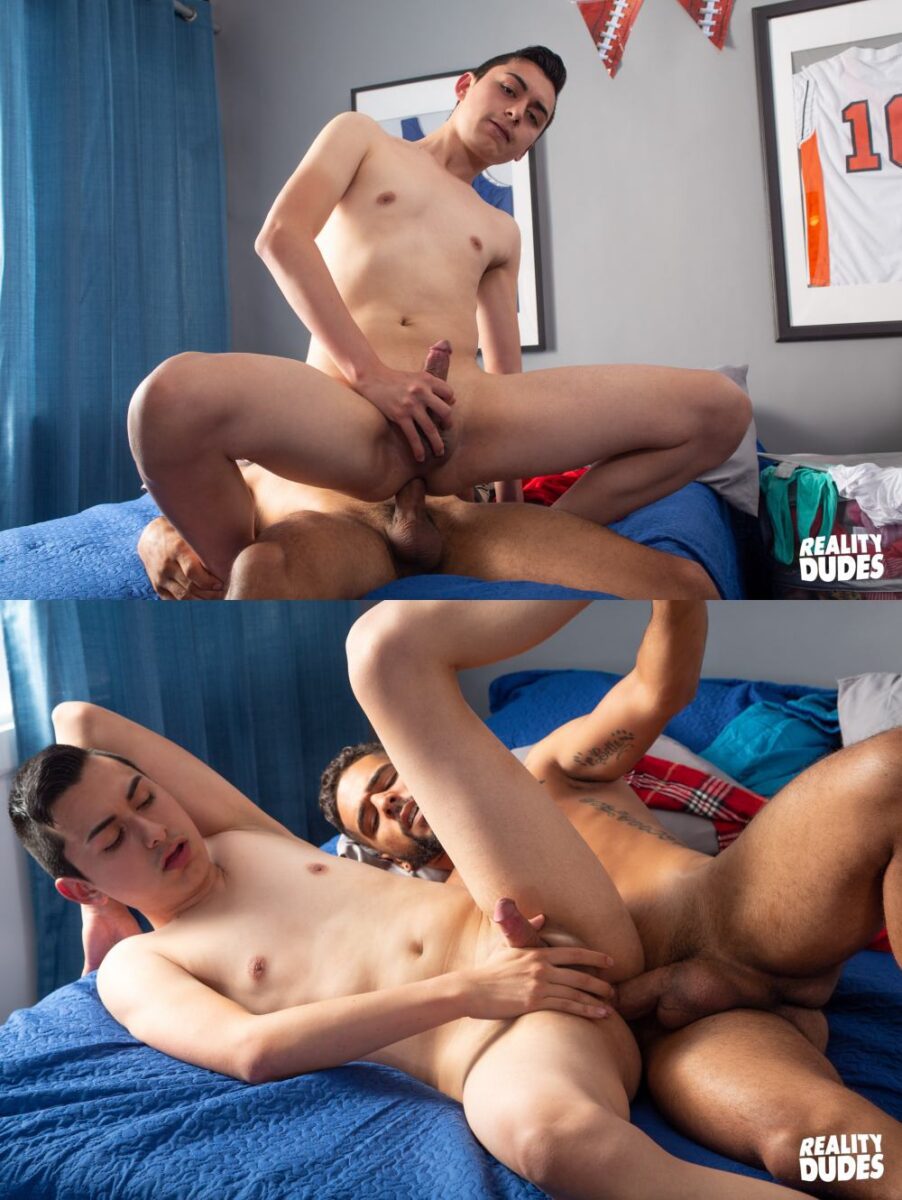 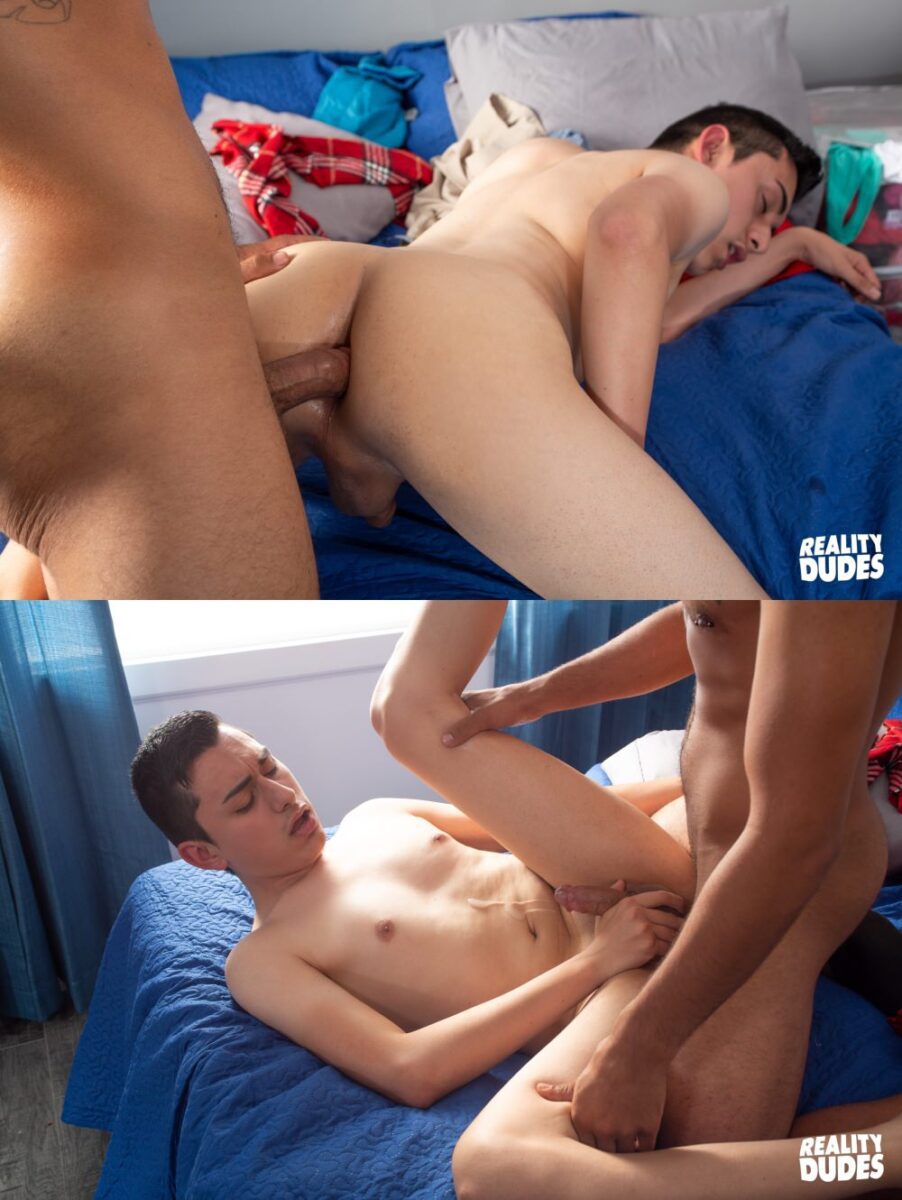 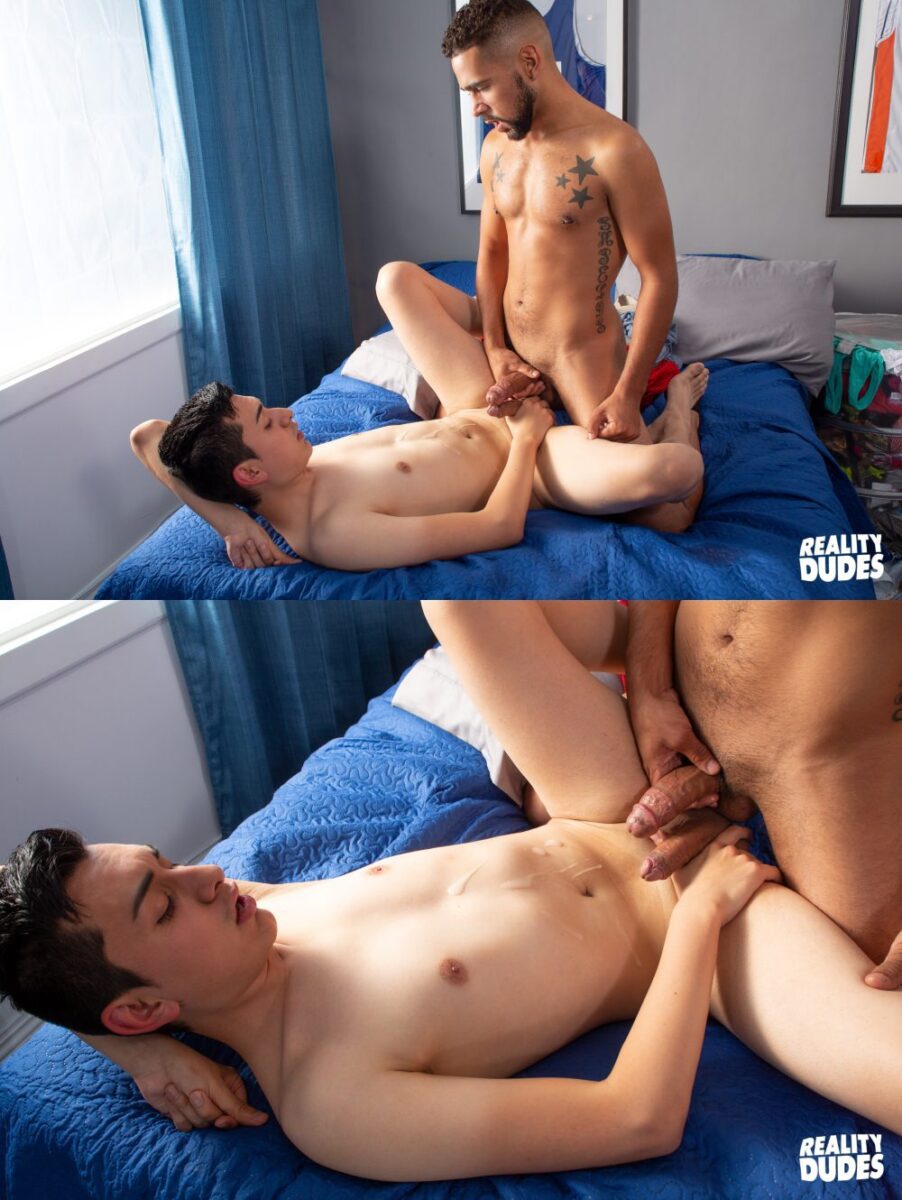