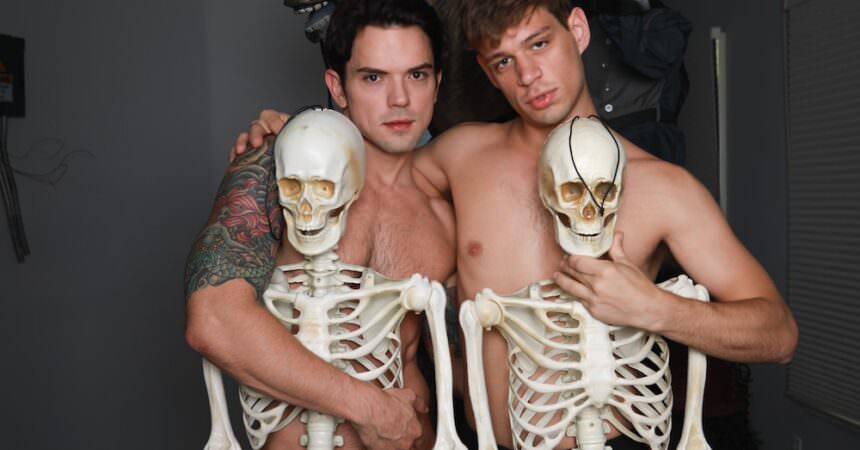 Late at night, Michael Del Ray lays with buddy Dakota Payne on the bed, reading him a spooky Halloween tale about the Headless Horseman. Dakota hates Halloween and scary stories though, so he heads off to bed in another room. But he can't sleep, and noises soon scare him out of his bed and through the house until he opens a door to discover… The Headless Horseman! “Give me head!” screams the Horseman as Dakota cowers in fear. But suddenly, Dakota realises the Horseman doesn't want his head – he wants a blowjob! The inked jock grabs hold of the Horseman's big boner and eagerly sucks and slurps on it. Suddenly, in a lightning flash, Dakota finds himself in Michael's bed, blowing his big boner.

Michael is shocked at what Dakota is doing, and Dakota can't explain it either. But Michael is more than happy for him to carry on, so Dakota keeps on sucking that thick bone before bending over to let Michael eat out his ass. Michael then rams his lengthy raw rod into Dakota's hole and pounds it hard and fast from behind. He slams every inch inside, then lays back and lets Dakota ride him balls deep. The horned-up pair get into the missionary position and Michael pounds the jizz out of Dakota before pulling out to blast his own hot seed all over the stud too.

Dick Detectives' verdict: Great! A very fun and spooky plot, and lots of hot sex thrown in too of course! 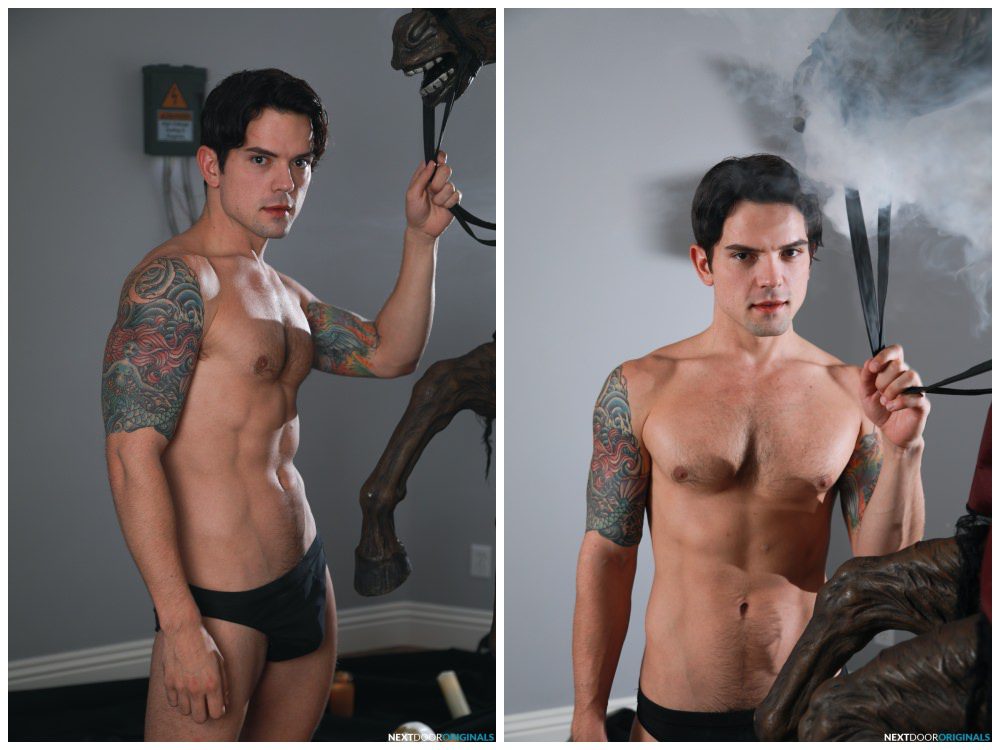 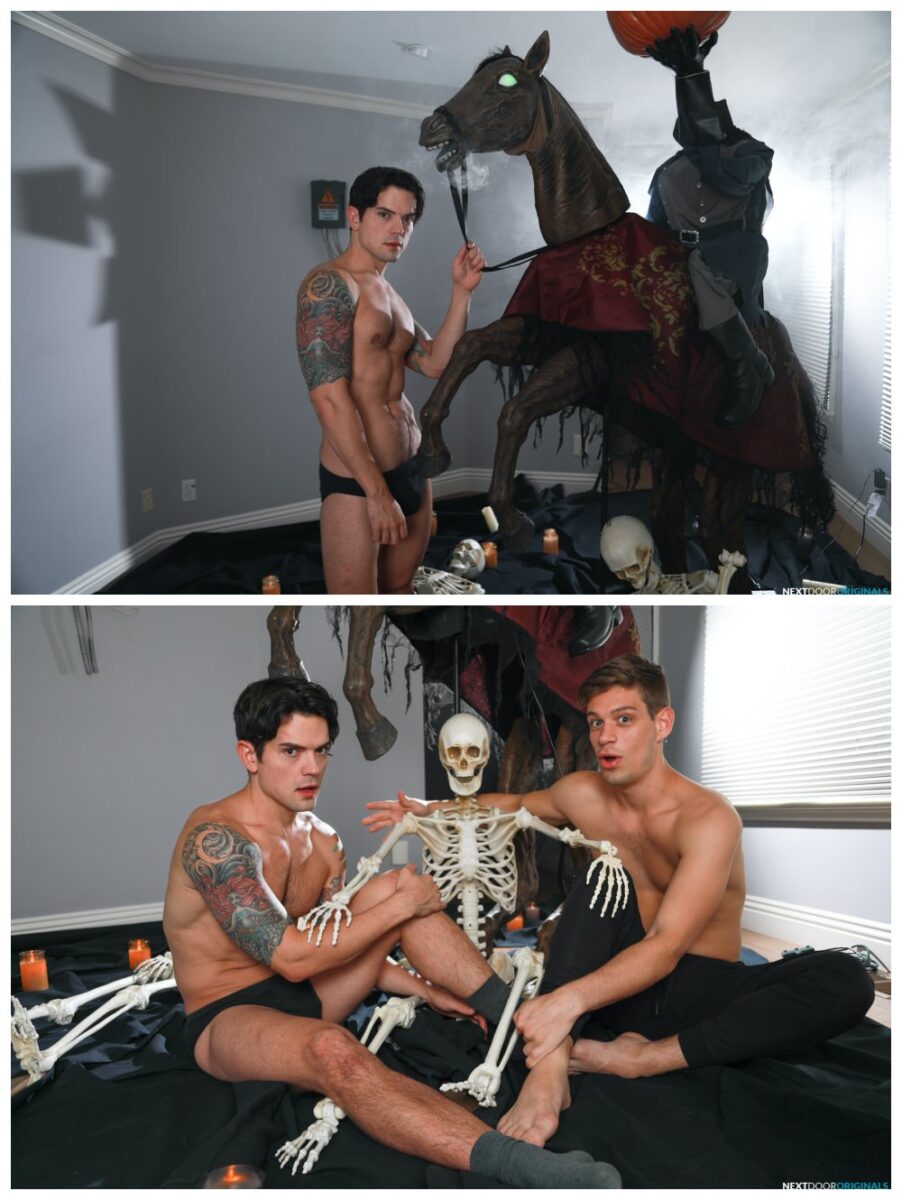 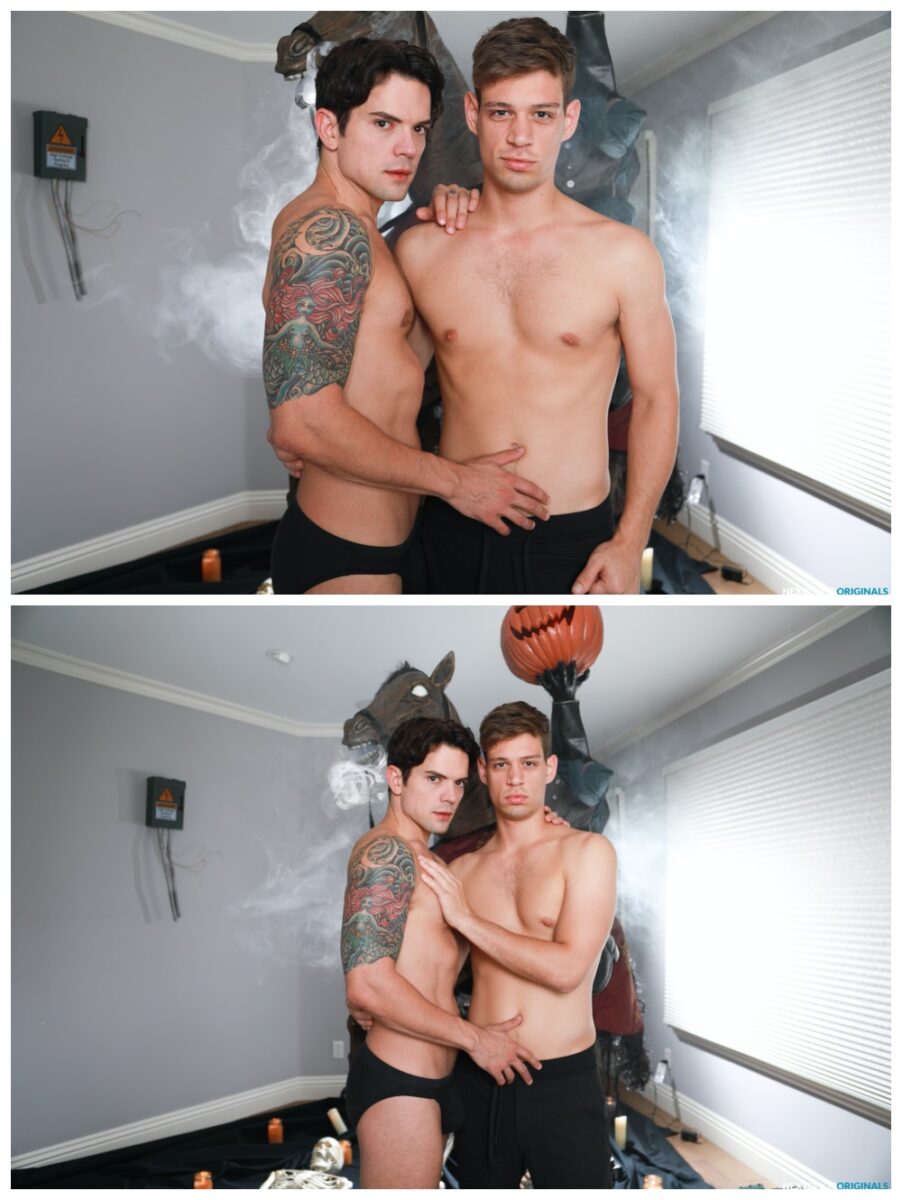 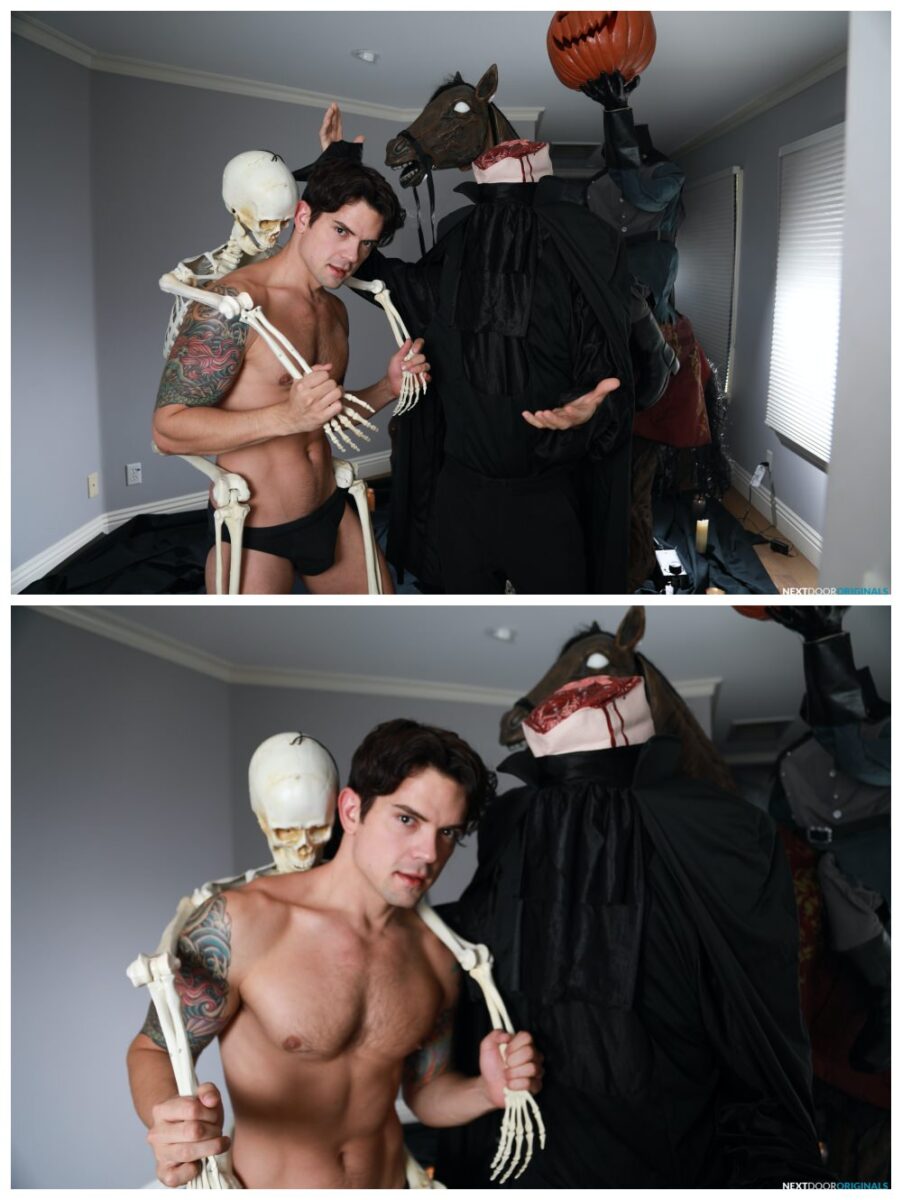 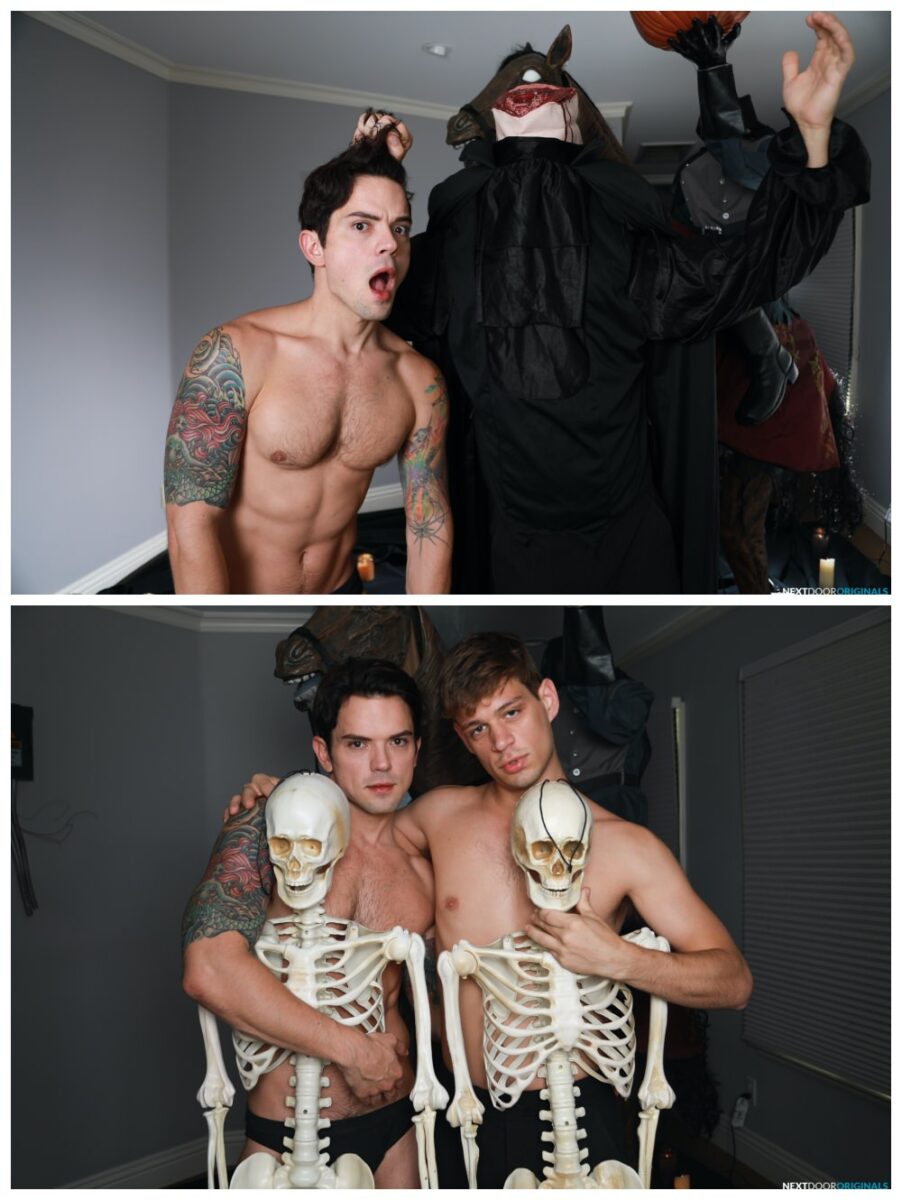 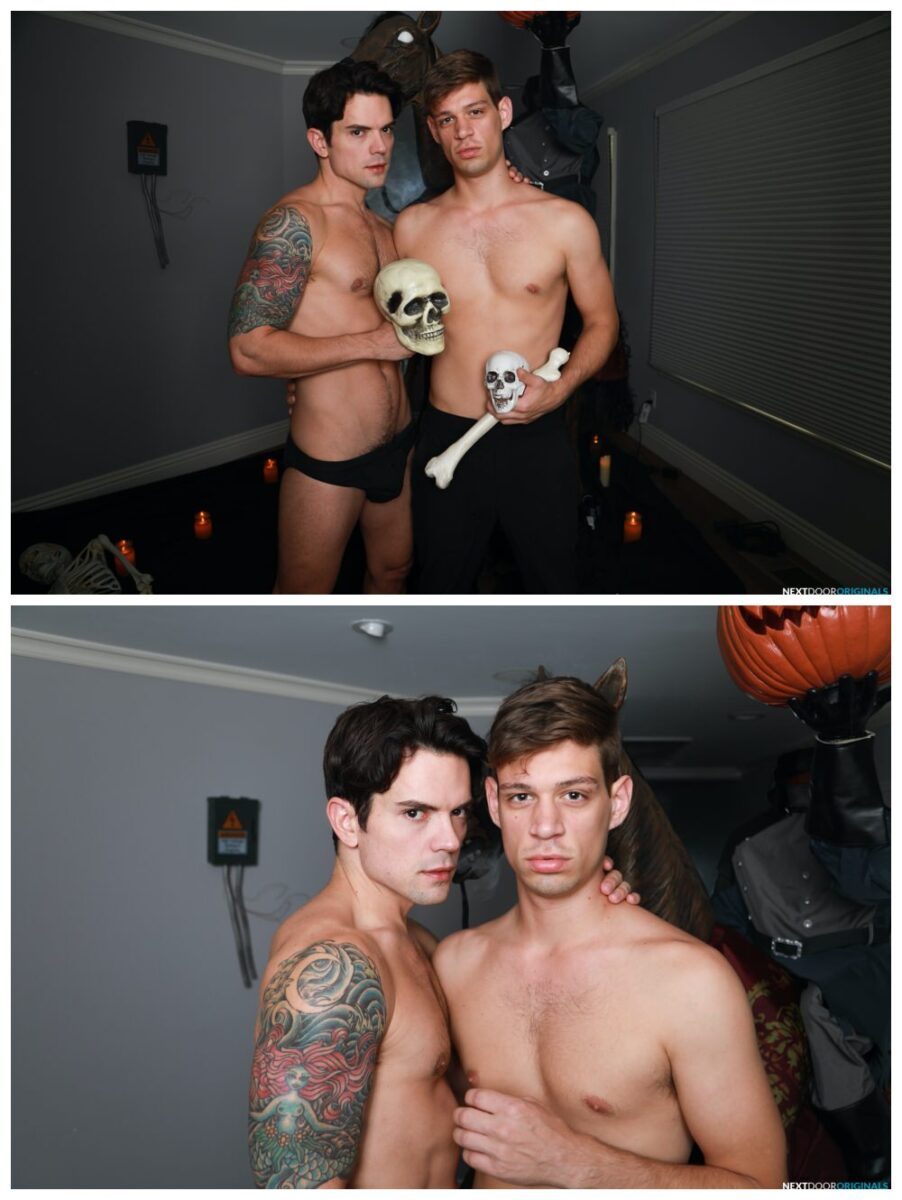 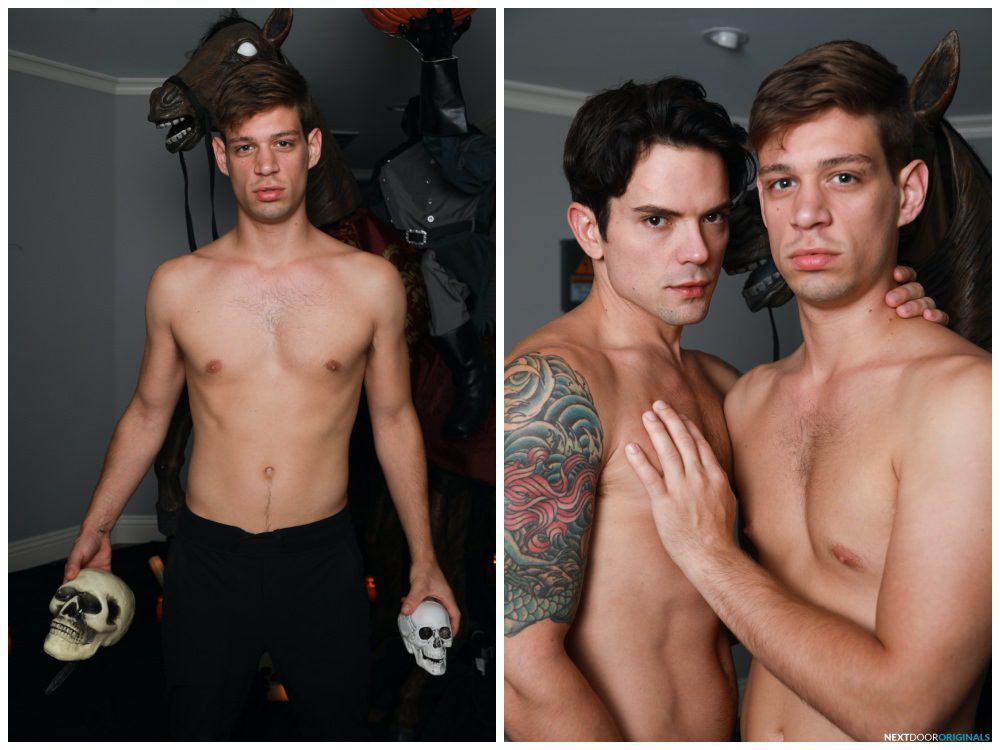