It's a real bachelor's weekend in the highlands of Scotland, and four hunks are suiting up in their kilts and sporrans for the ultimate stag party. As everyone knows, the proper way to wear a kilt is with nothing underneath! In the wood cabin, Jonas Jackson and Leander are left alone as the other two guys leave. One of the eight bulbs isn't working, so when Jonas Jackson gets up on a chair to check if it's burned out, Leander has a perfect view of the stud's cock and balls from under his kilt. Pretty soon Leander's kilt is lifting from his rock hard boner! The kitchen tap isn't working either, so when Leander gets on his knees to turn on the water valve, his kilt rides up and Jonas's gets a turn to admire Leander's ass and his tight pink hole.

All the talk of tight valves soon has Jonas unable to hold back, and the hunk rams his raw dick deep into Leander's willing hole. he pounds that ass good and hard, letting up Leander's kilt for great access to his ass. The kilt-wearing Brits swap blowjobs and expertly slide their lips and tongues up and down one another's throbbing boners. Jonas then gets back to pounding Leander's ass once again, slamming that tight hole harder and deeper until Leander shoots his hot load all over. Jonas then pulls out and covers Leander's face in spunk – just as the other two guys return!

Dick Detective's verdict: Great! A fun start to the scene with all the innuendo, and then lots of sizzling sex throughout the rest of the scene. 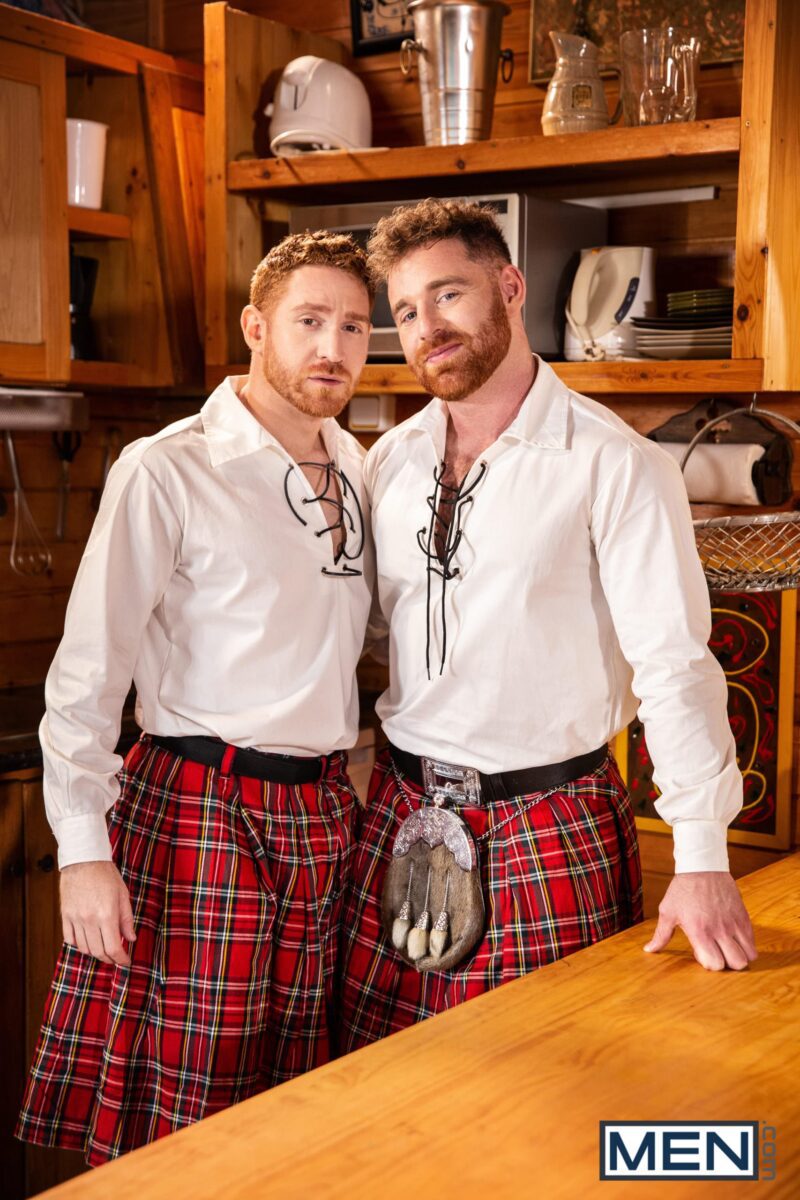 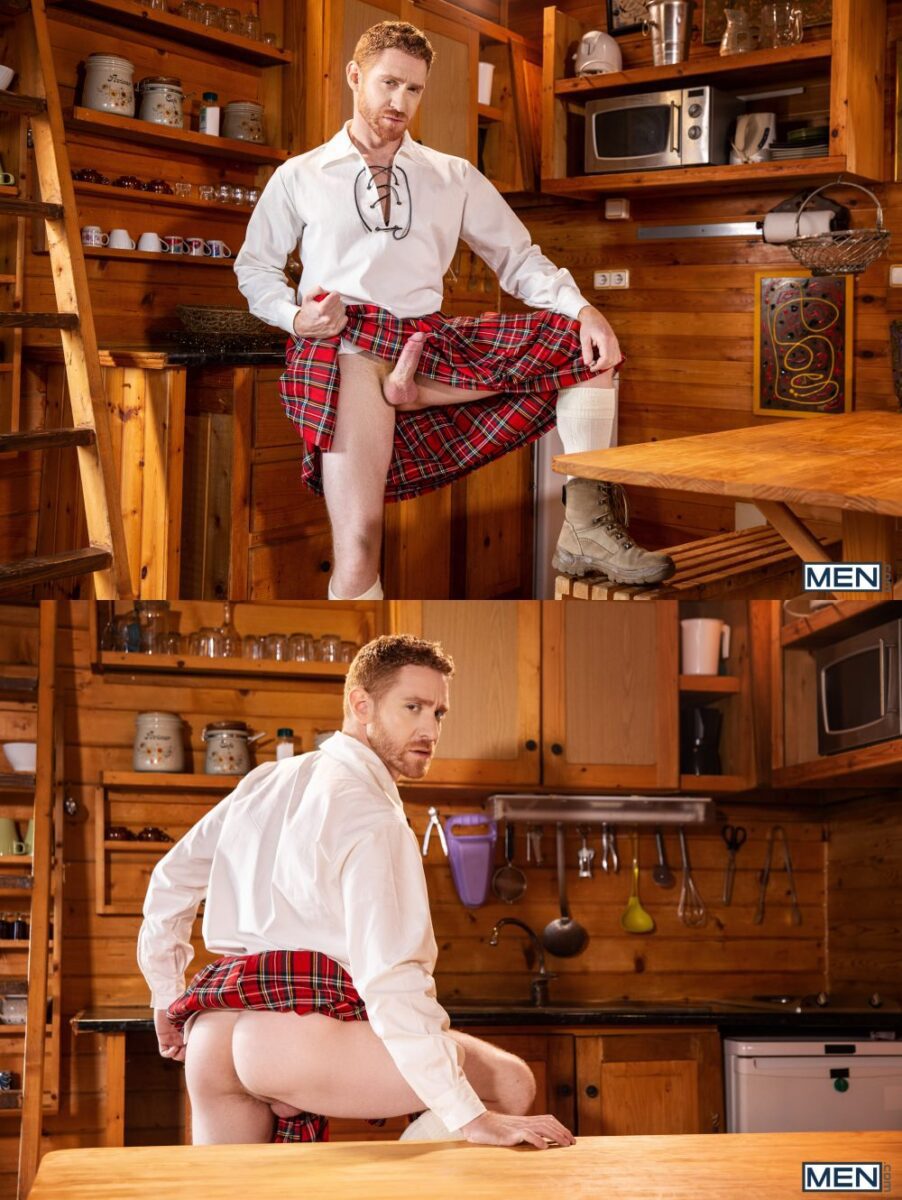 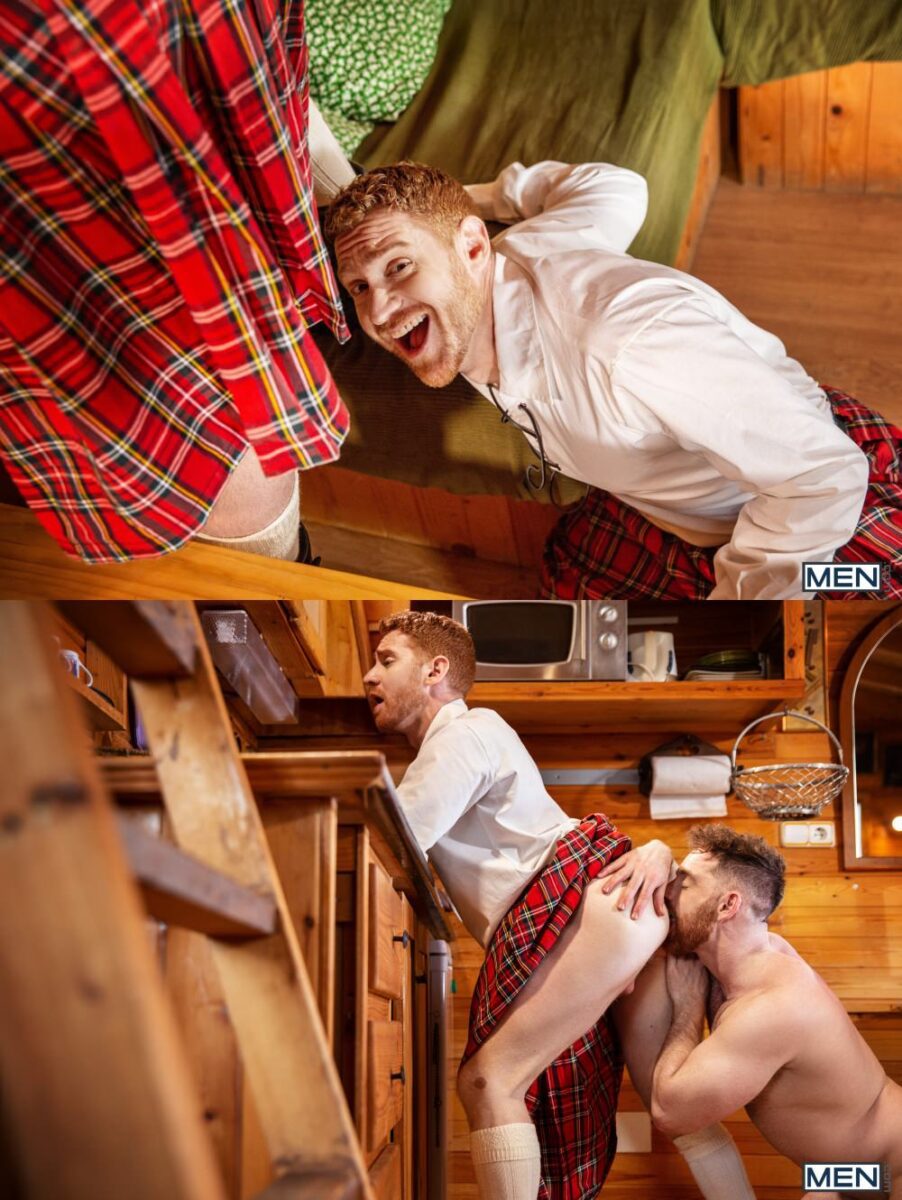 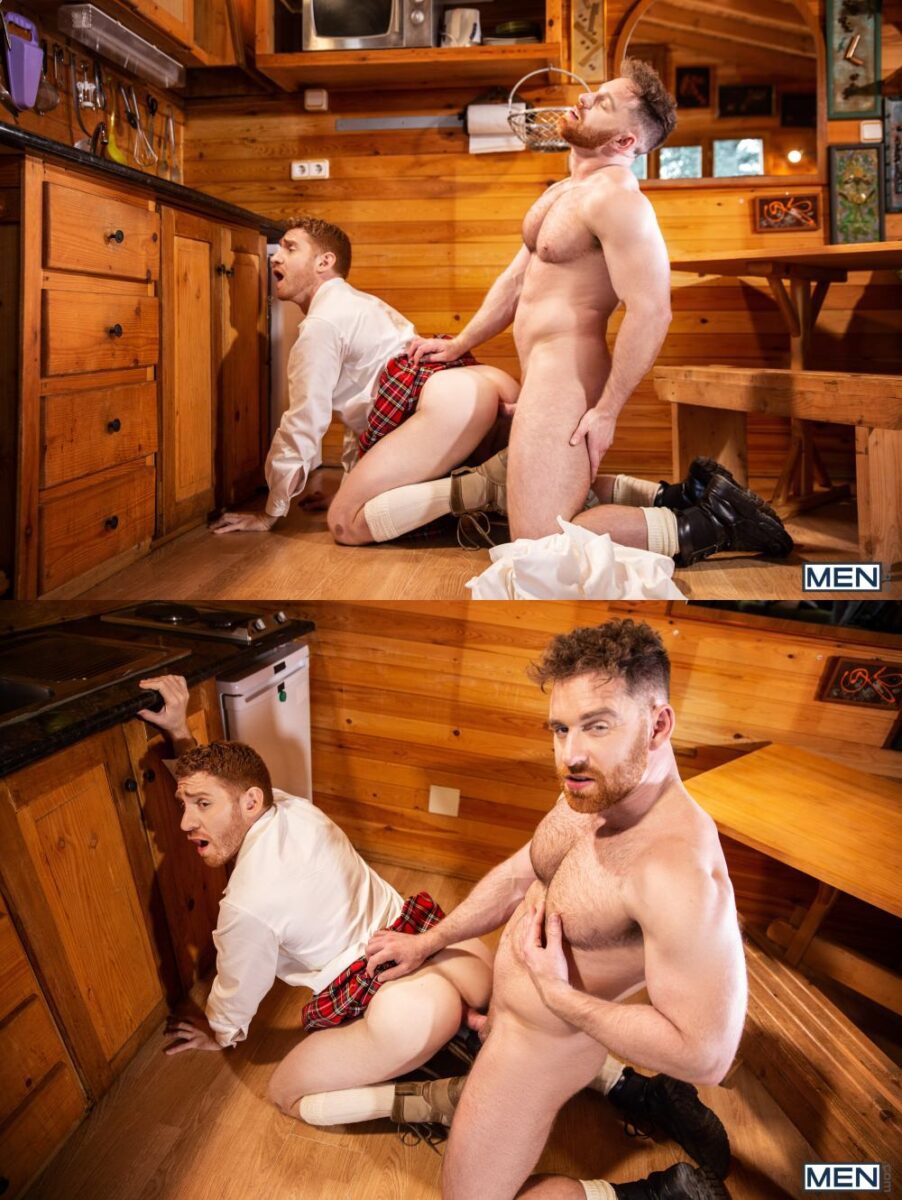 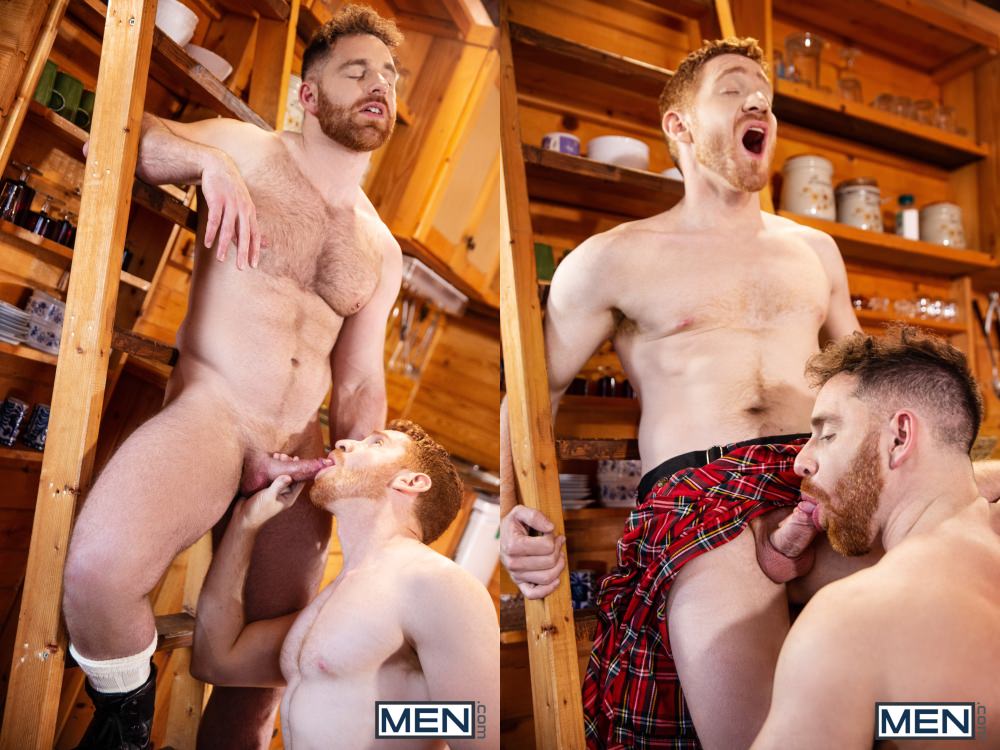 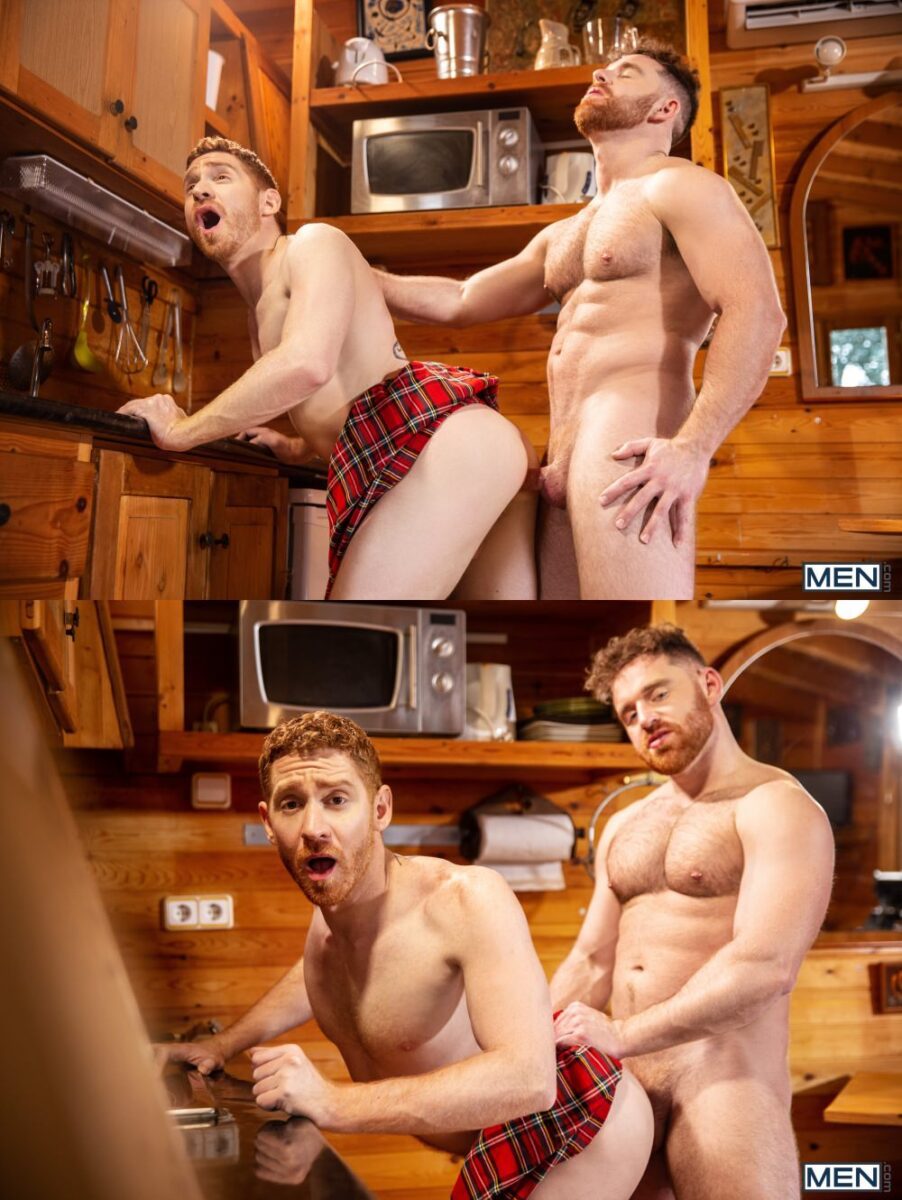 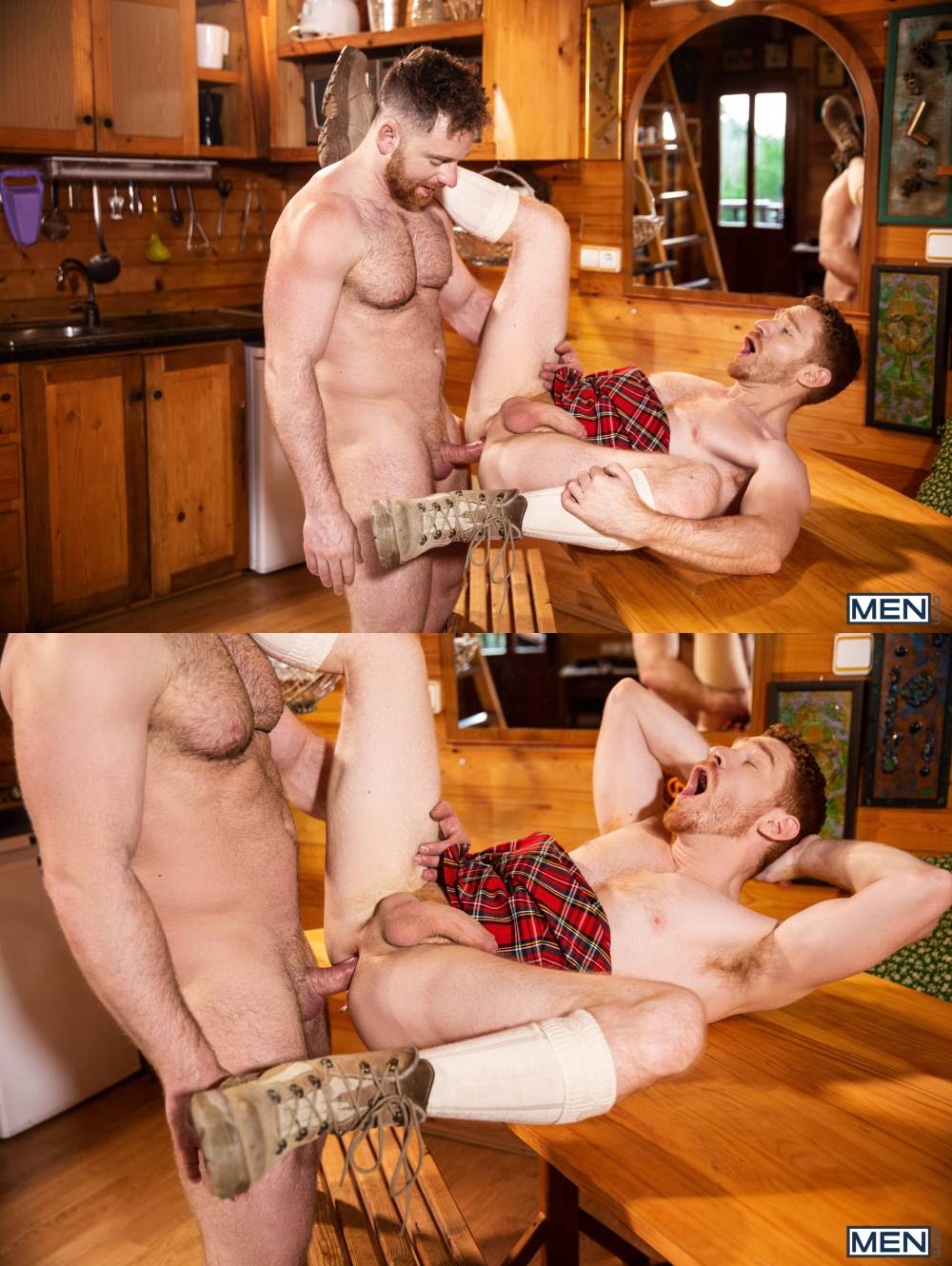 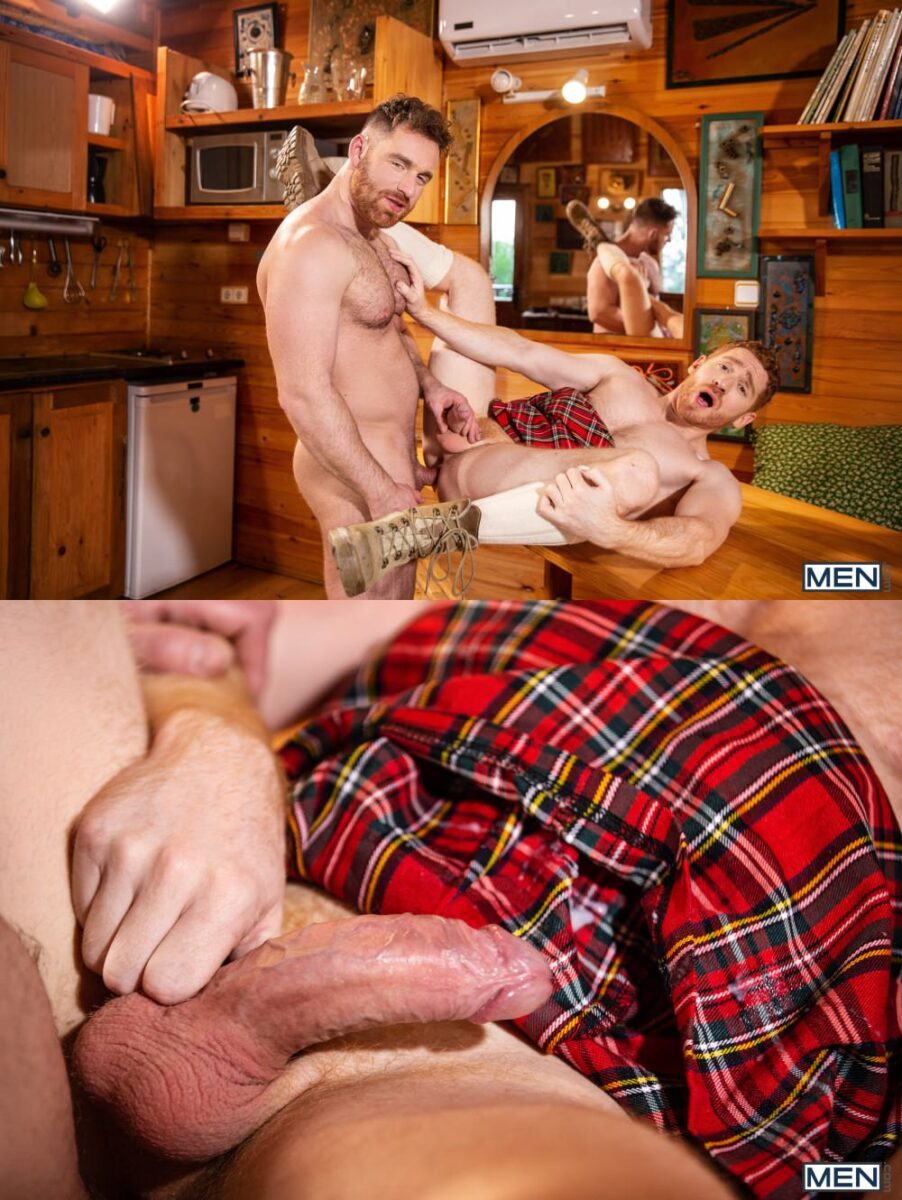 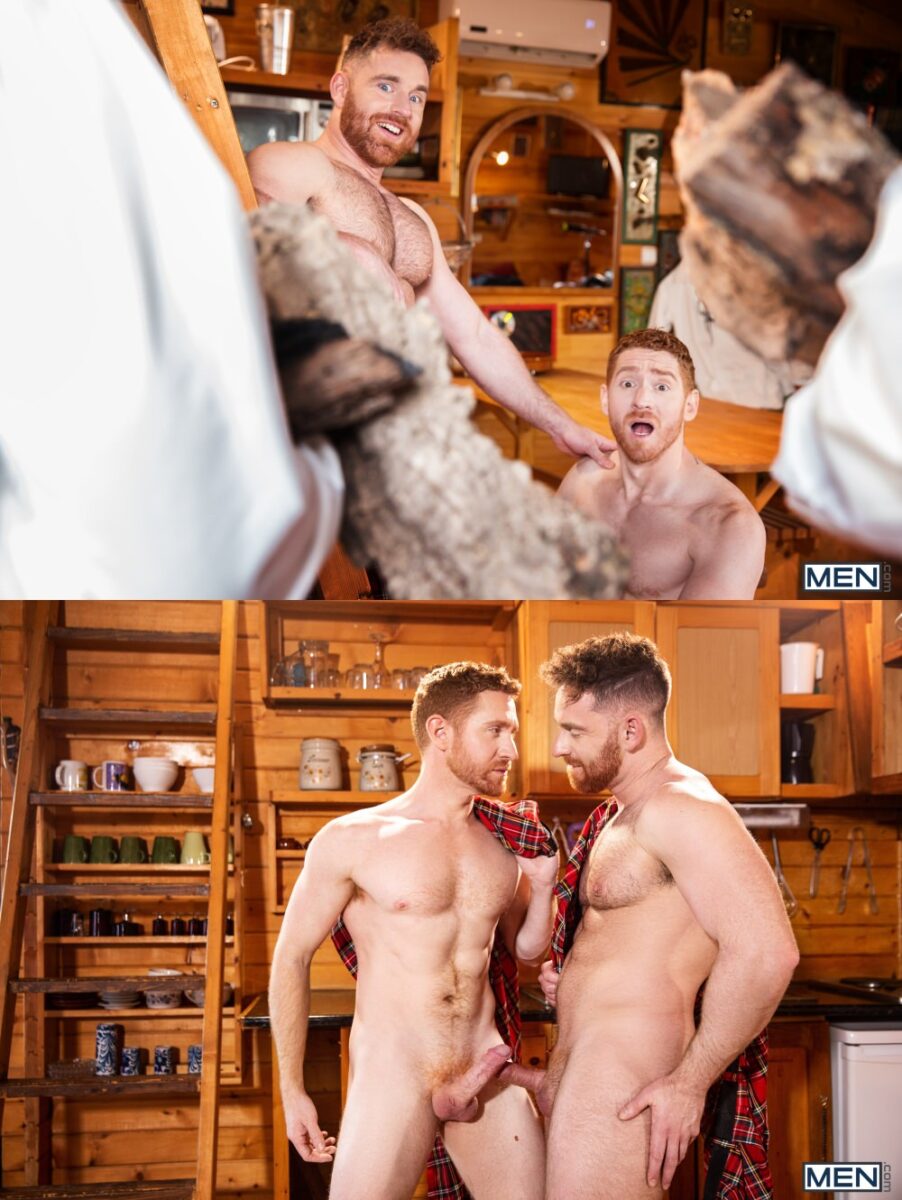 Watch the full video for only $1 at Men!