College boy Jack Andram is normally a model student, but recently he's been getting into trouble. The college principal, Matthew Figata, calls Jack into his office to talk some sense into the boy. Jack is sorry for his actions and is willing to do anything to keep his bad behaviour under wraps – including doing the principal! Jack's dick begins to twitch as Principal Figata begins rubbing his hand over it. The horny daddy then lifts up Jack's t-shirt and licks up his body before taking down his own pants to free his hard daddy dick. Jack dives onto that fat cock and sucks it, then Matthew pulls Jack in close and the pair passionately kiss. 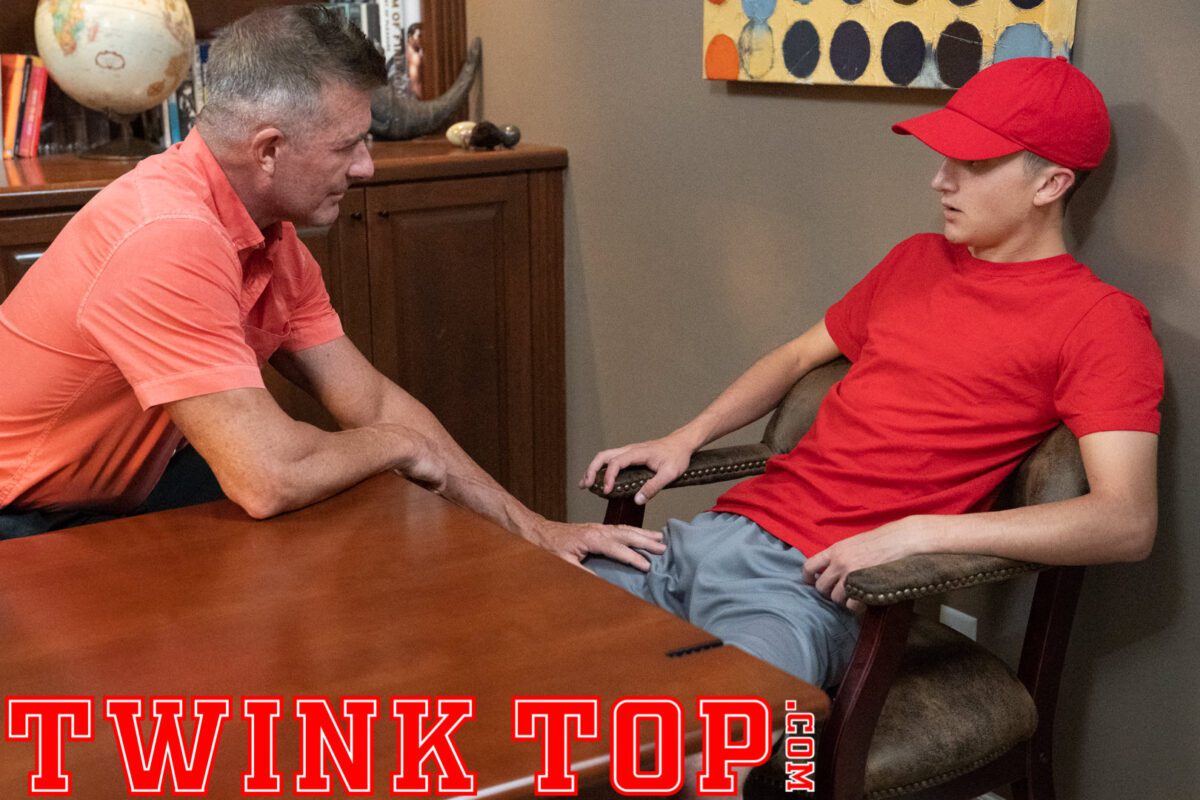 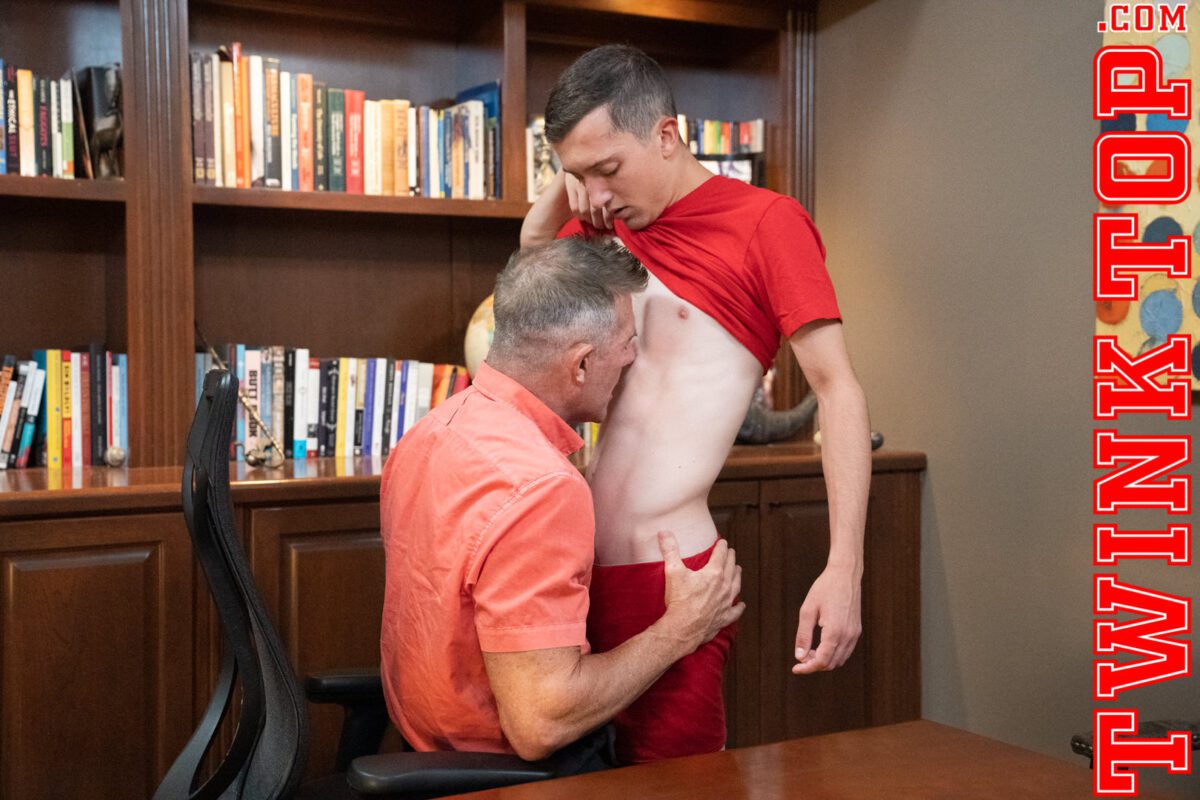 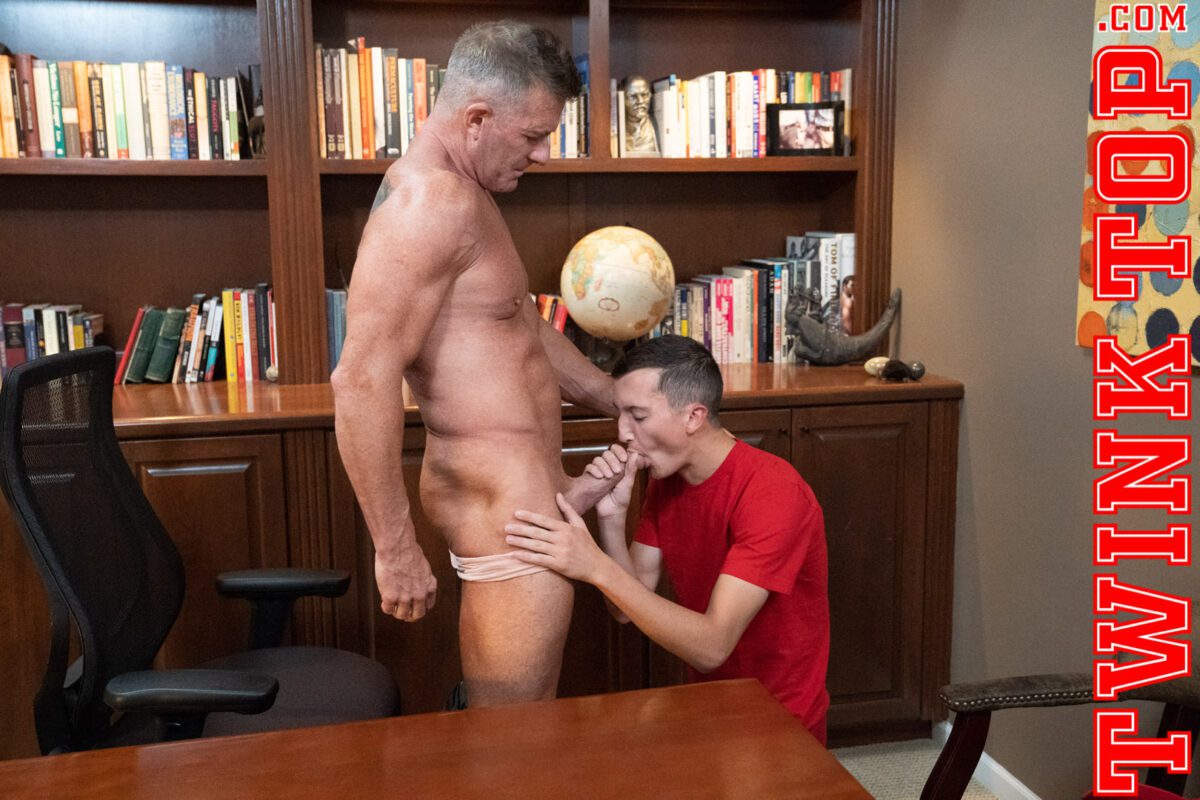 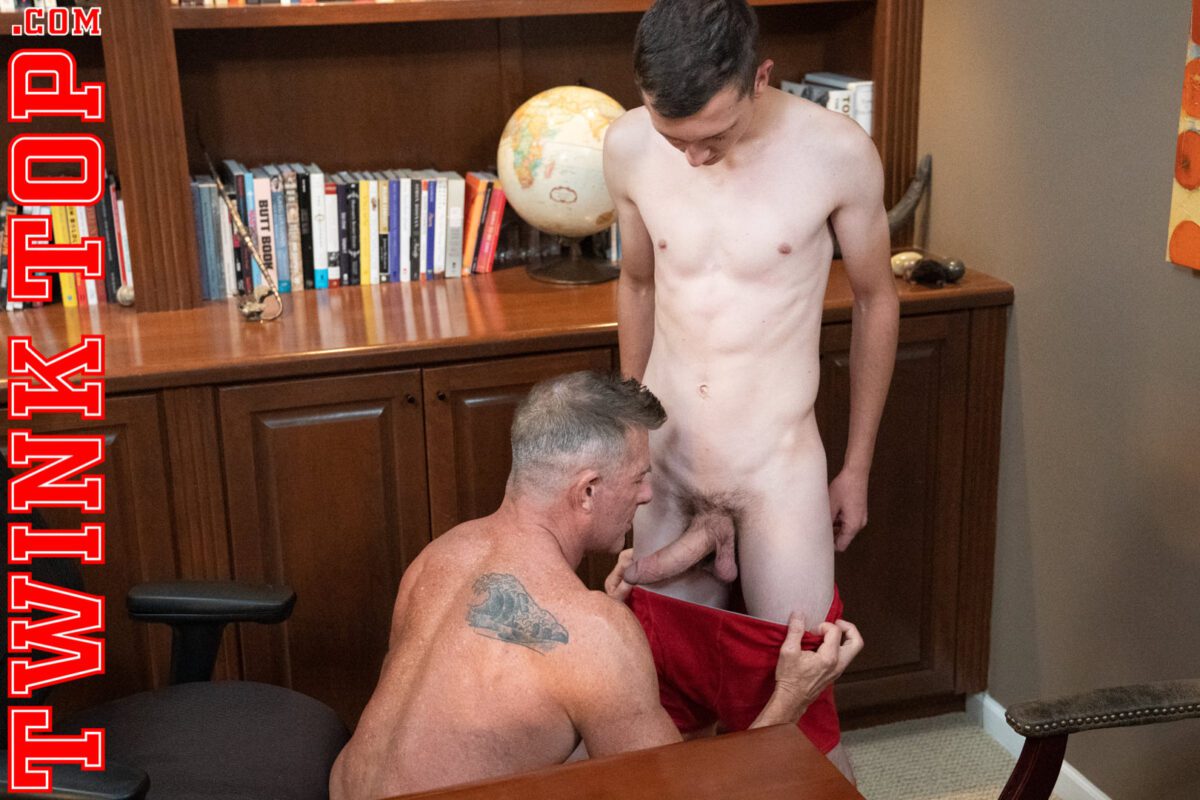 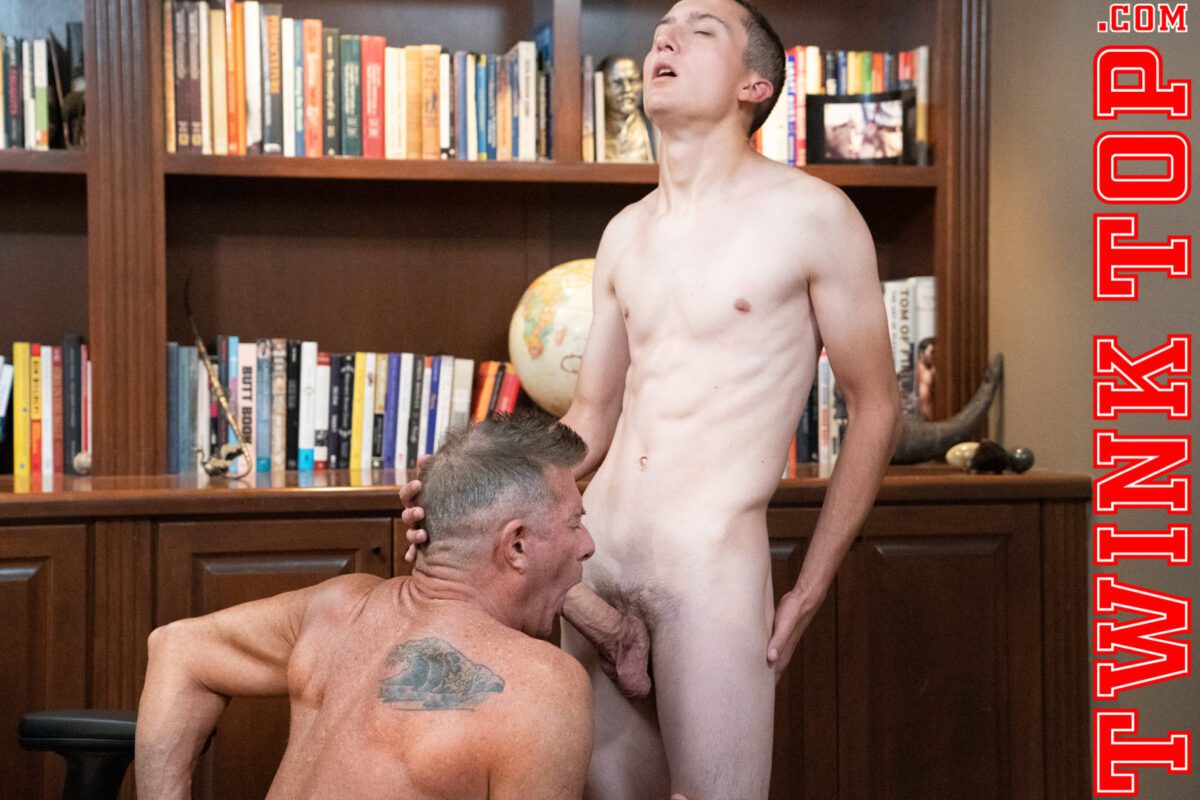 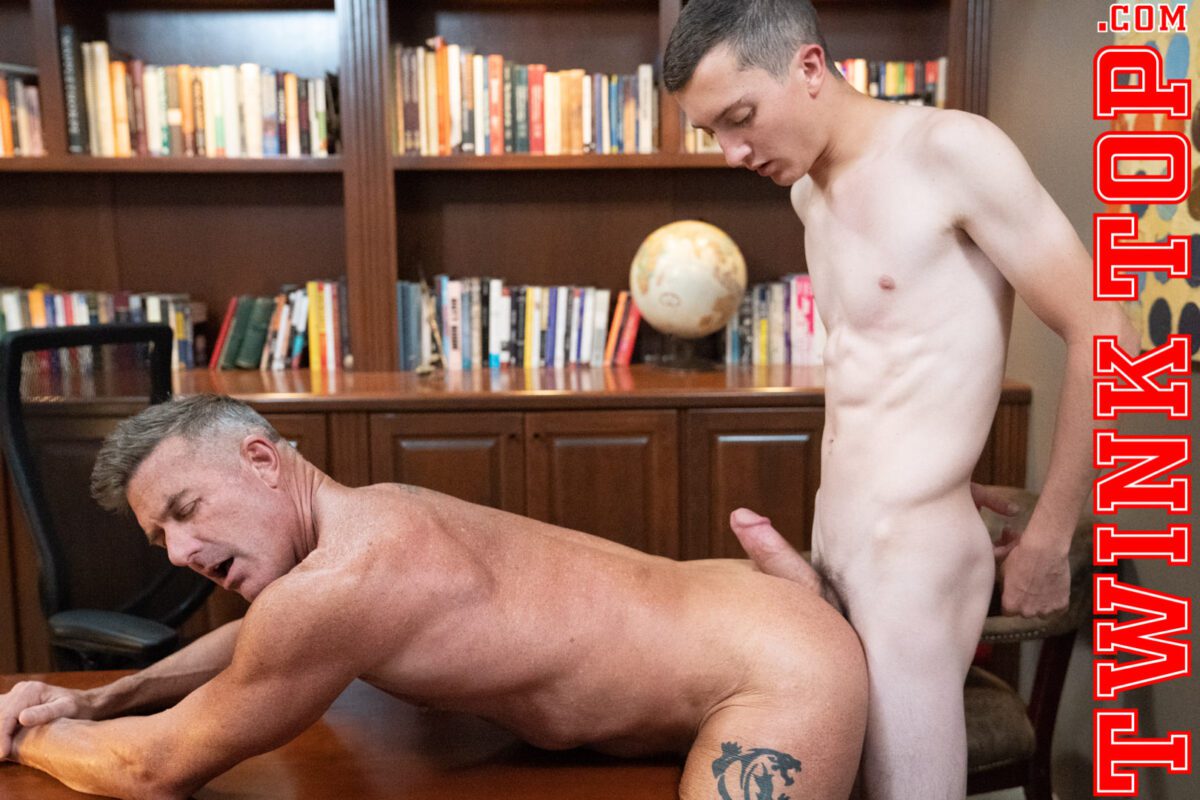 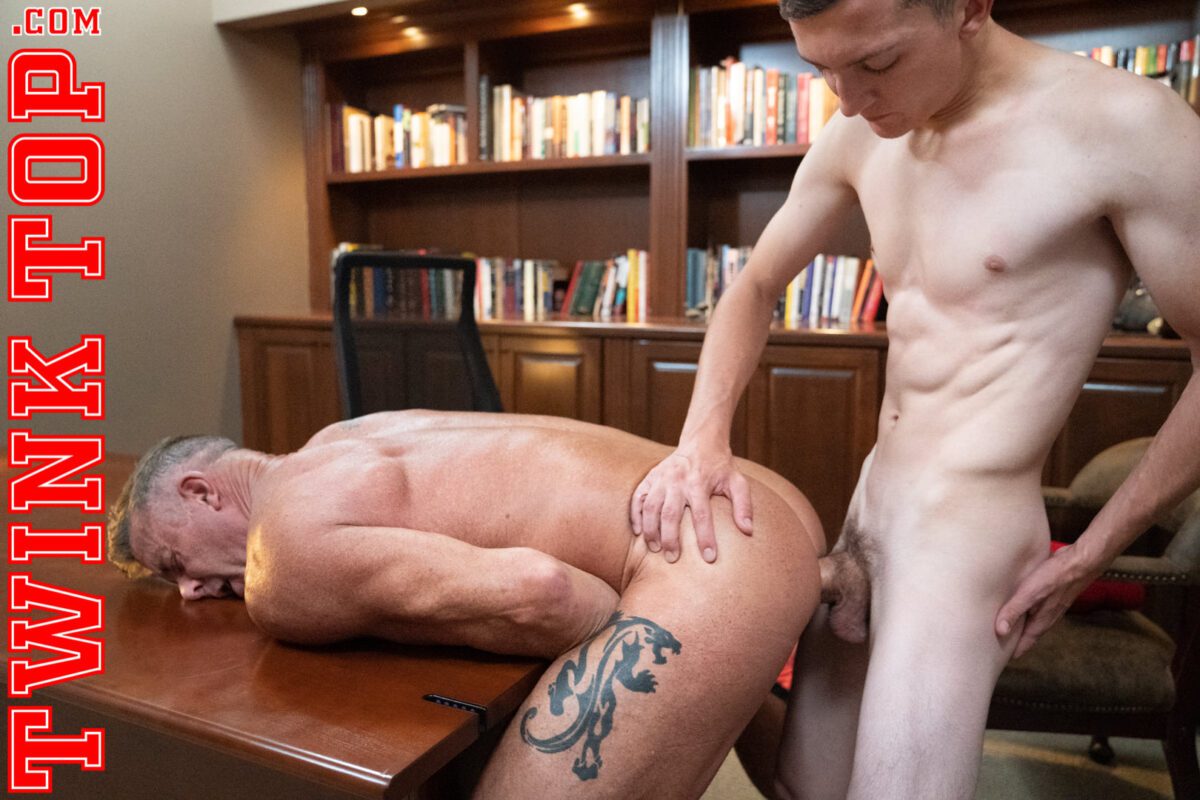 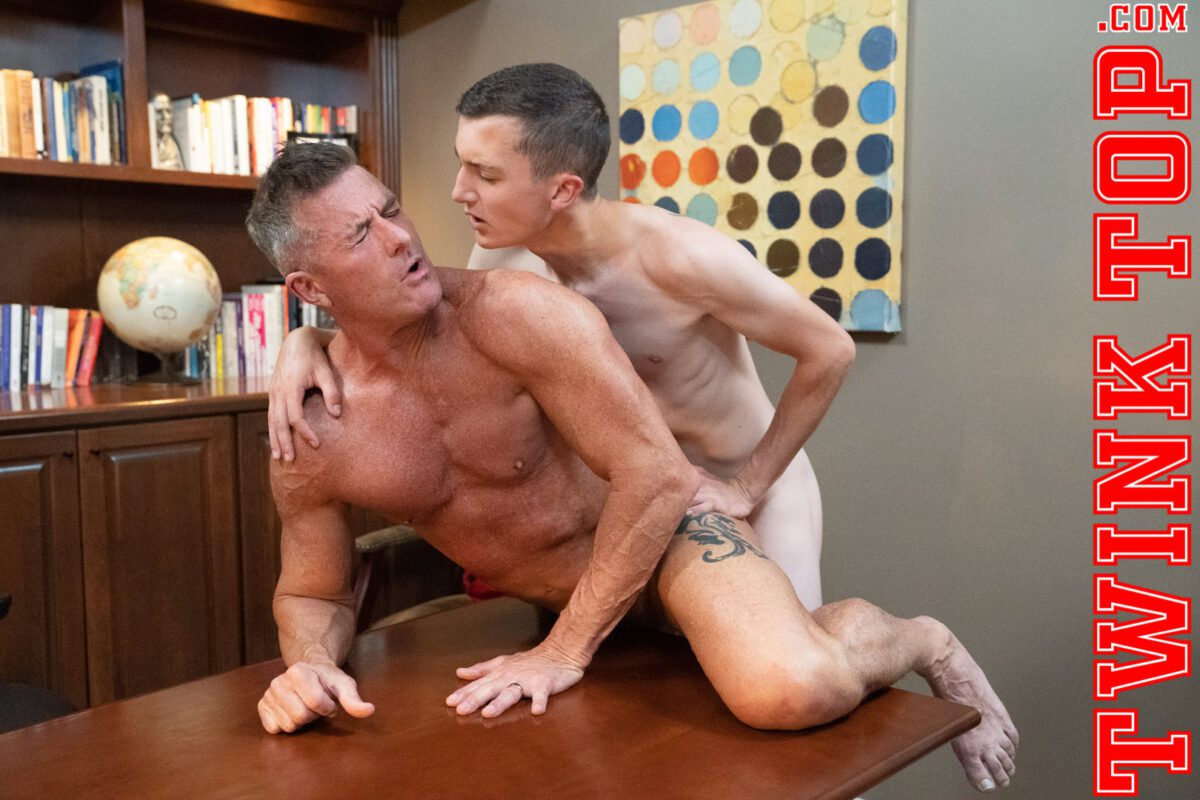