Dakota and Devin have invited Johnny over for some homemade threeway filming fun in this sizzling scene. Devin is behind the camera as Dakota and Johnny begin the action. Dakota bends Johnny over and eats out his ass, then Johnny blows Dakota's boner before the rimming action resumes. Devin films some hot close-ups as Johnny sits on Dakota's raw cock and rides the inked stud balls deep. Watching the two go at it gets Devin rock hard and aching for attention too, so next we see Dakota and Johnny both get on their knees and suck Devin's dick at the same time. They lick, suck, and slurp on every inch of that stiff rod together before Dakota moves behind Johnny and pounds his hole as Johnny continues to blow Devin. We then see Dakota get on his knees and suck both Devin and Johnny's dicks, moving back and forth between them both as he hungrily blows those lengthy bones. 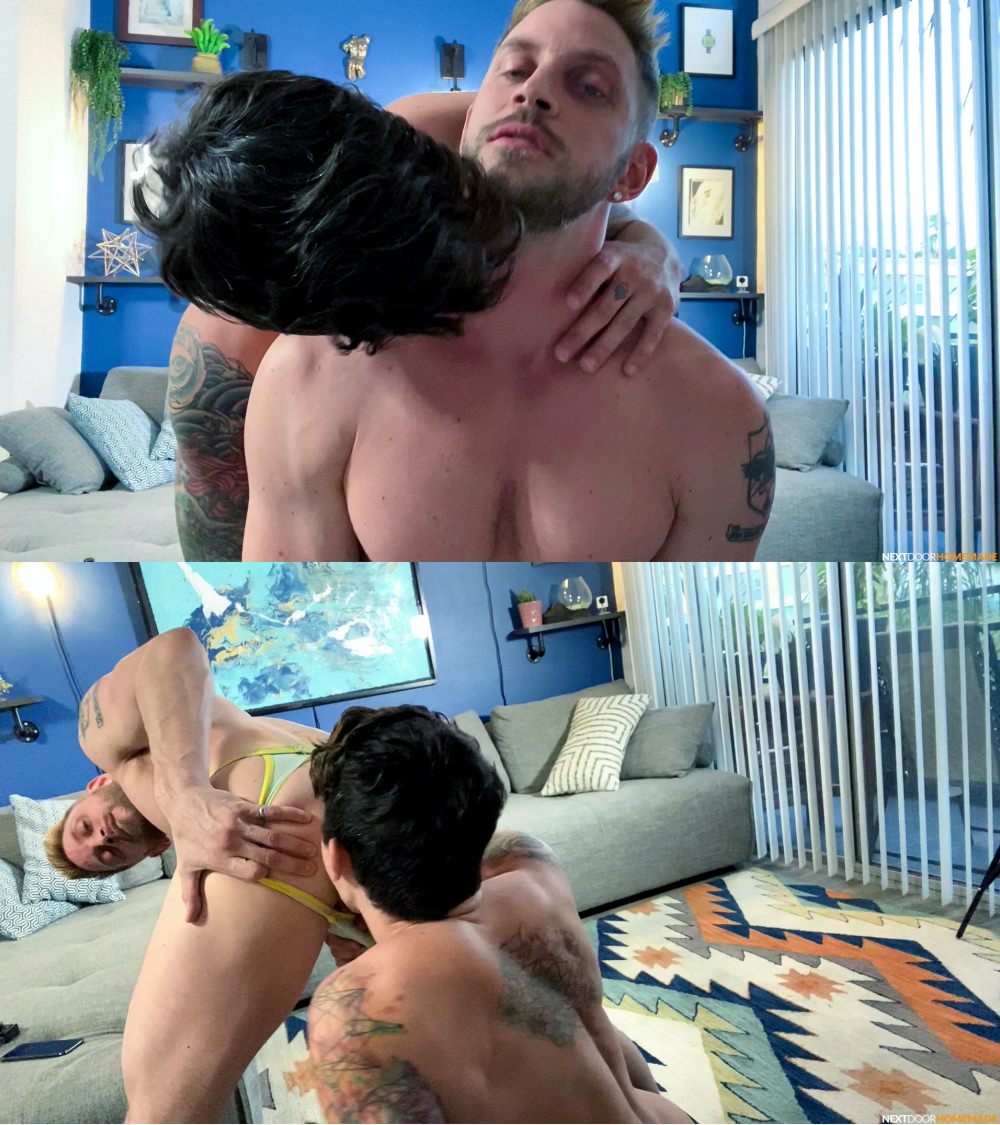 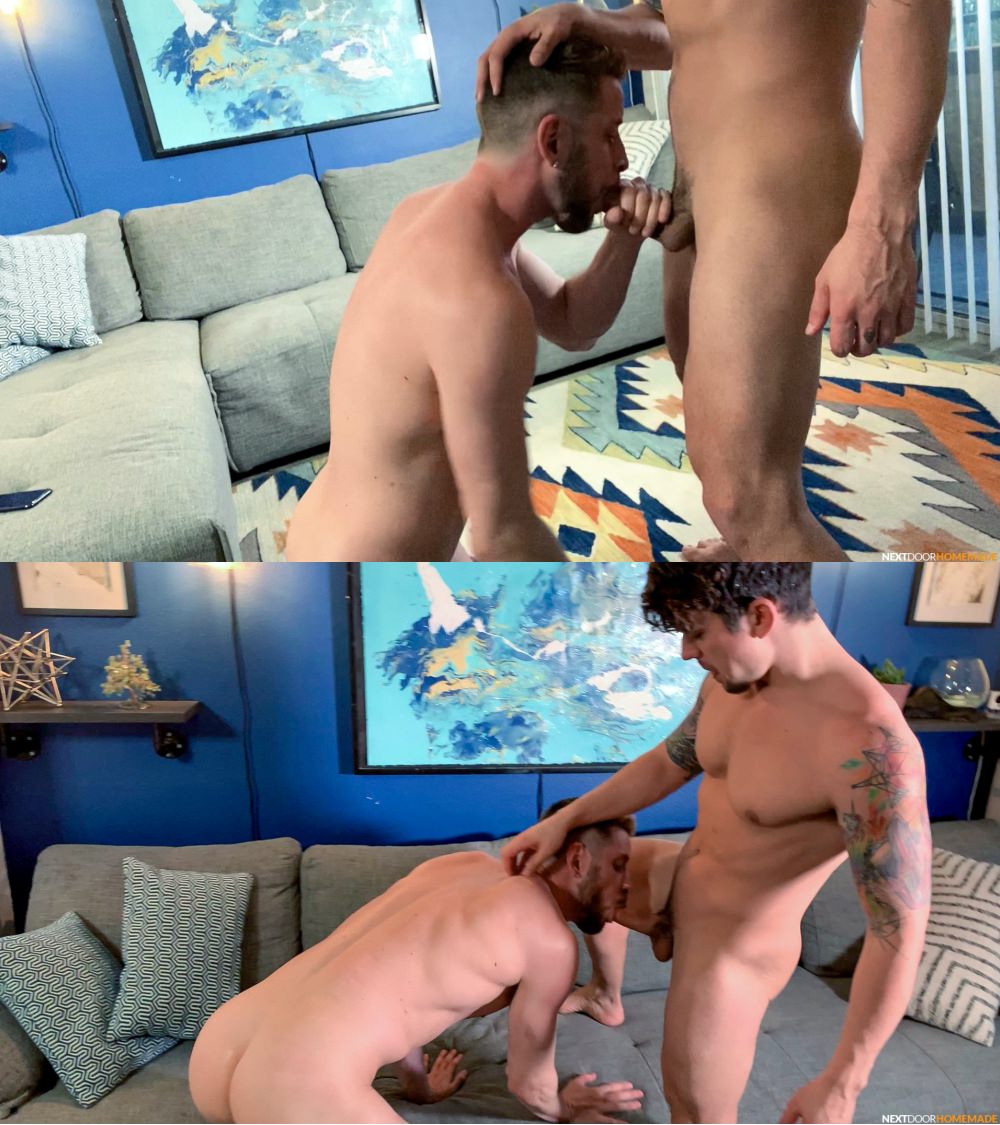 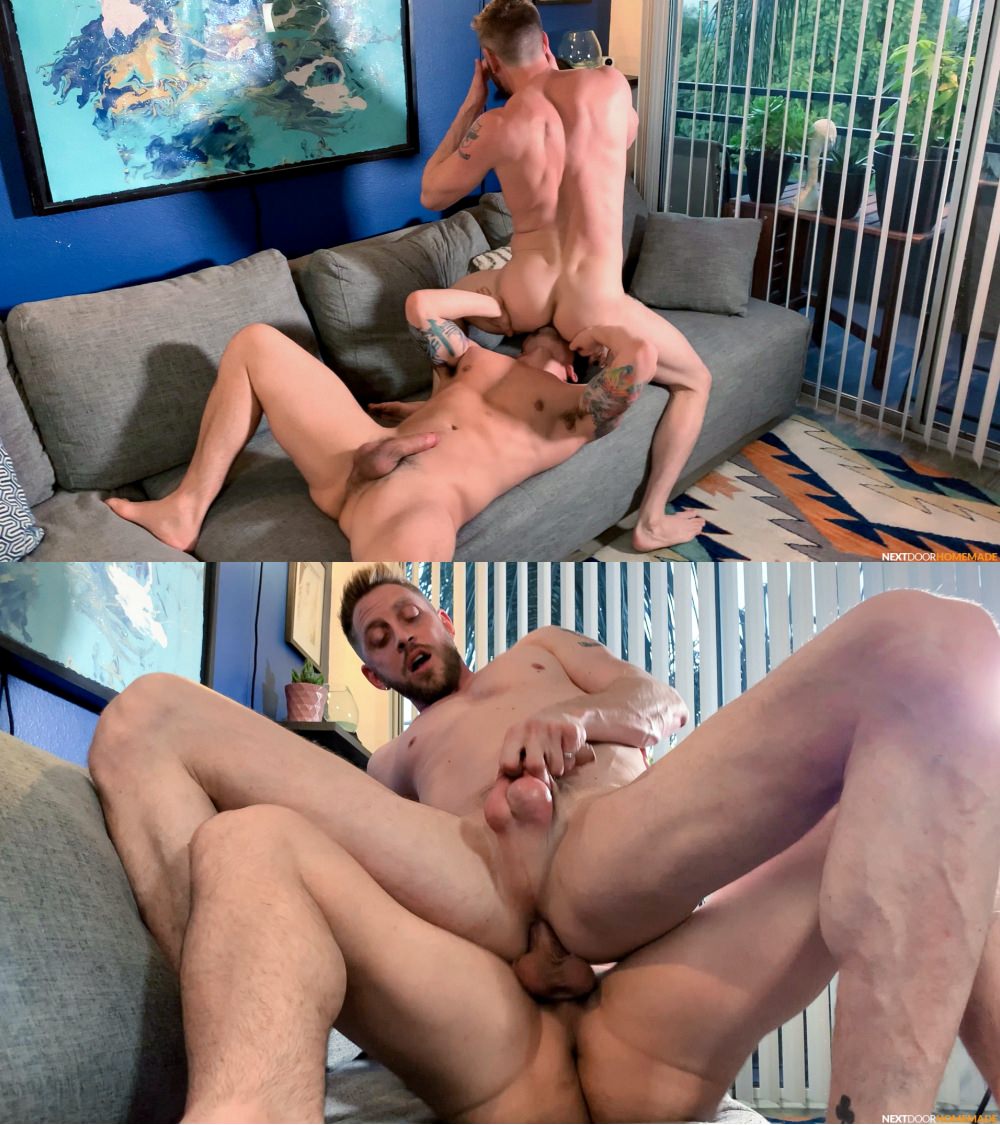 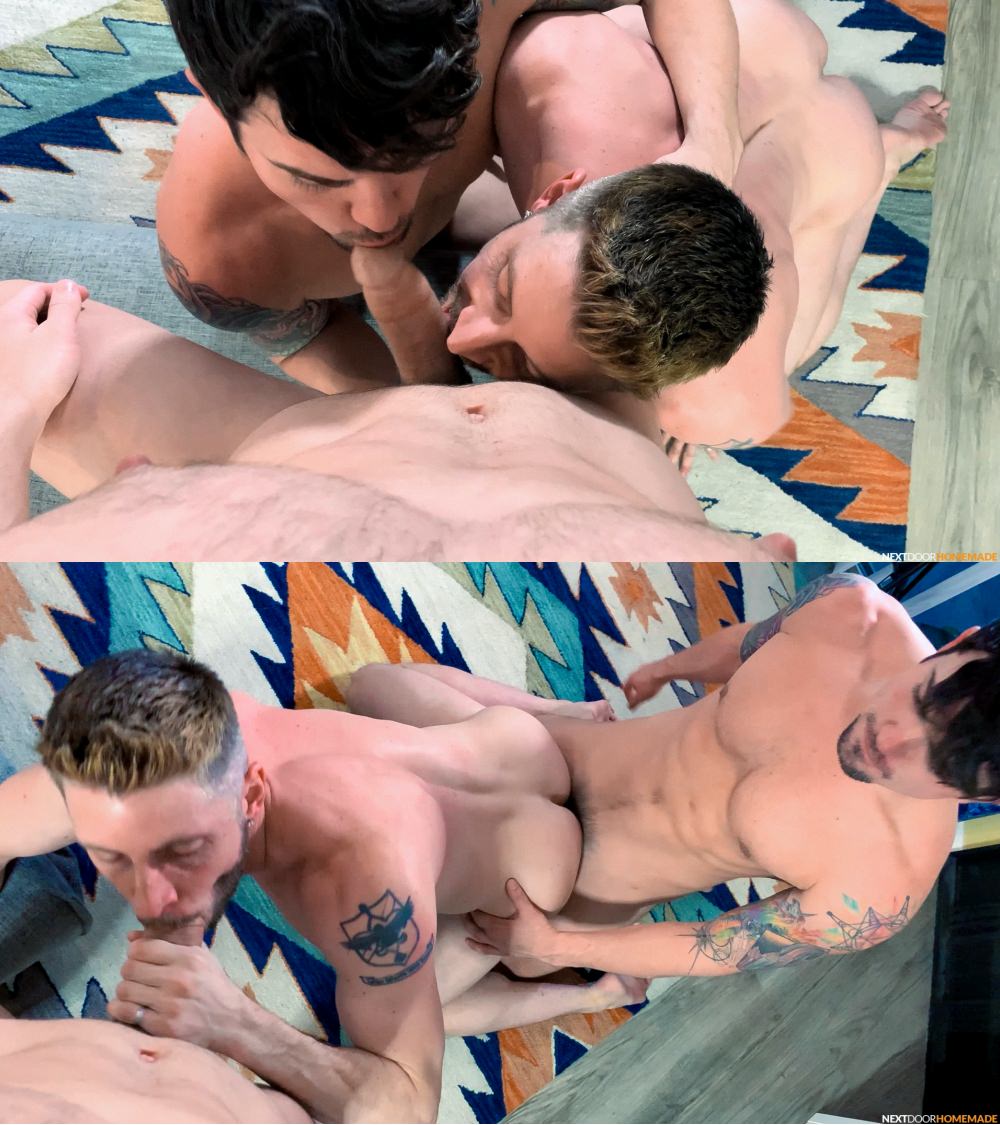 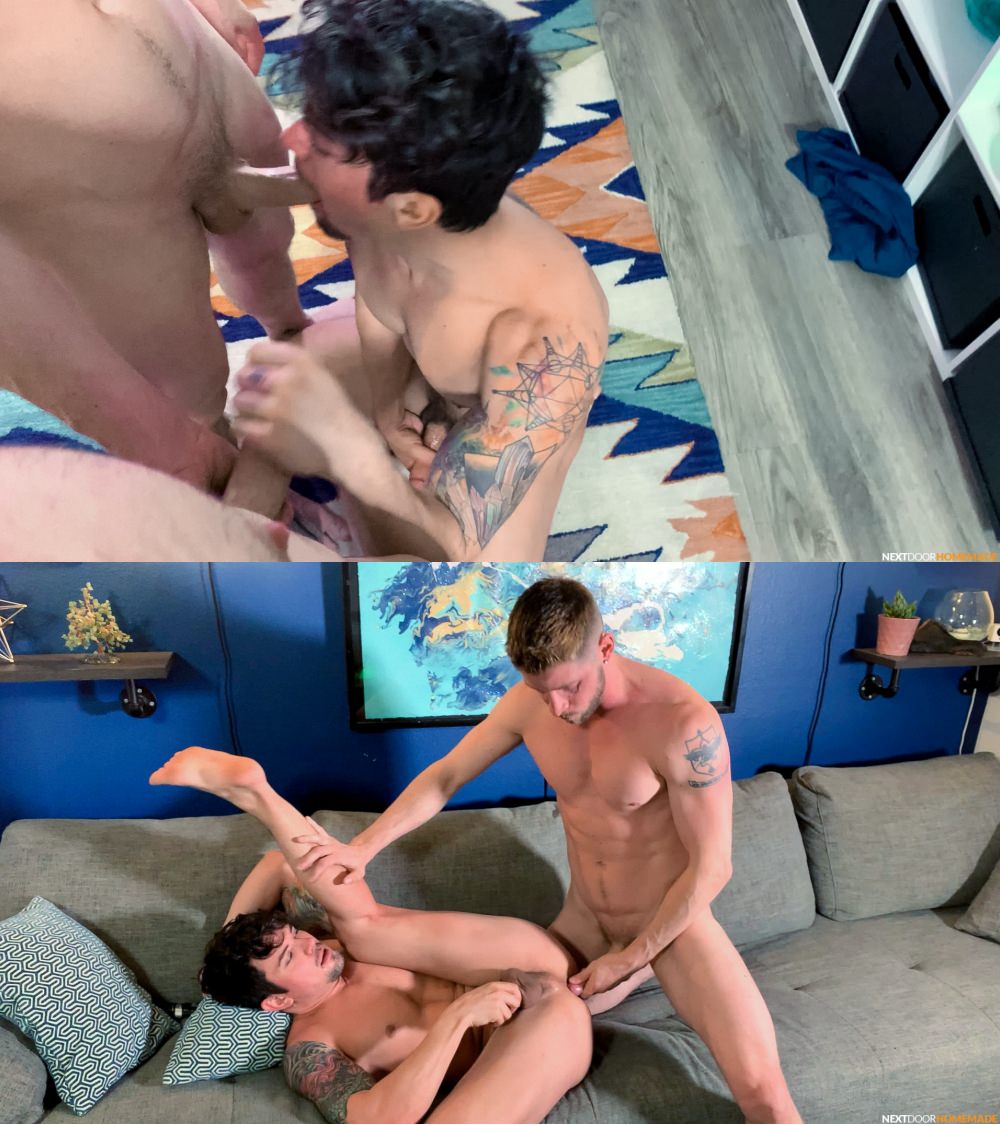 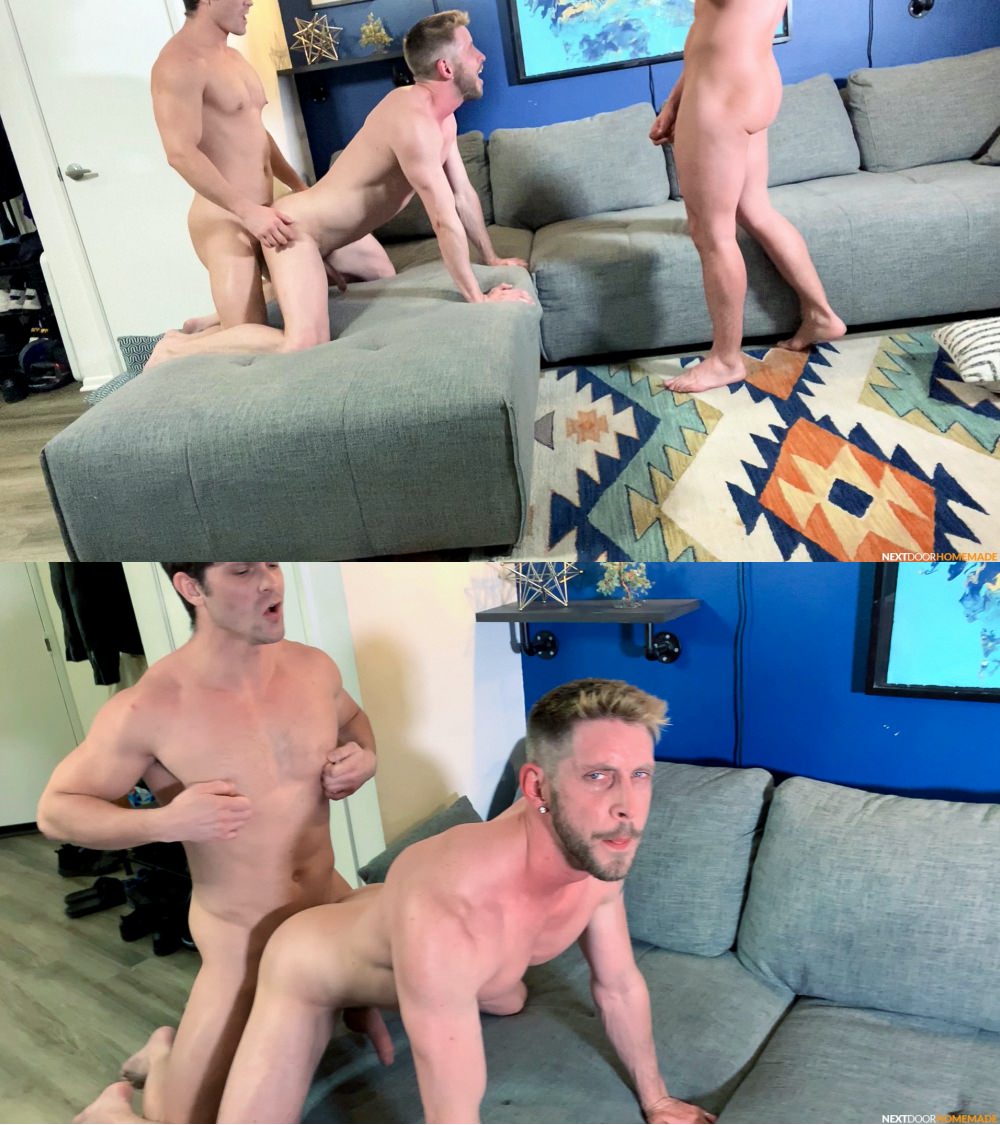 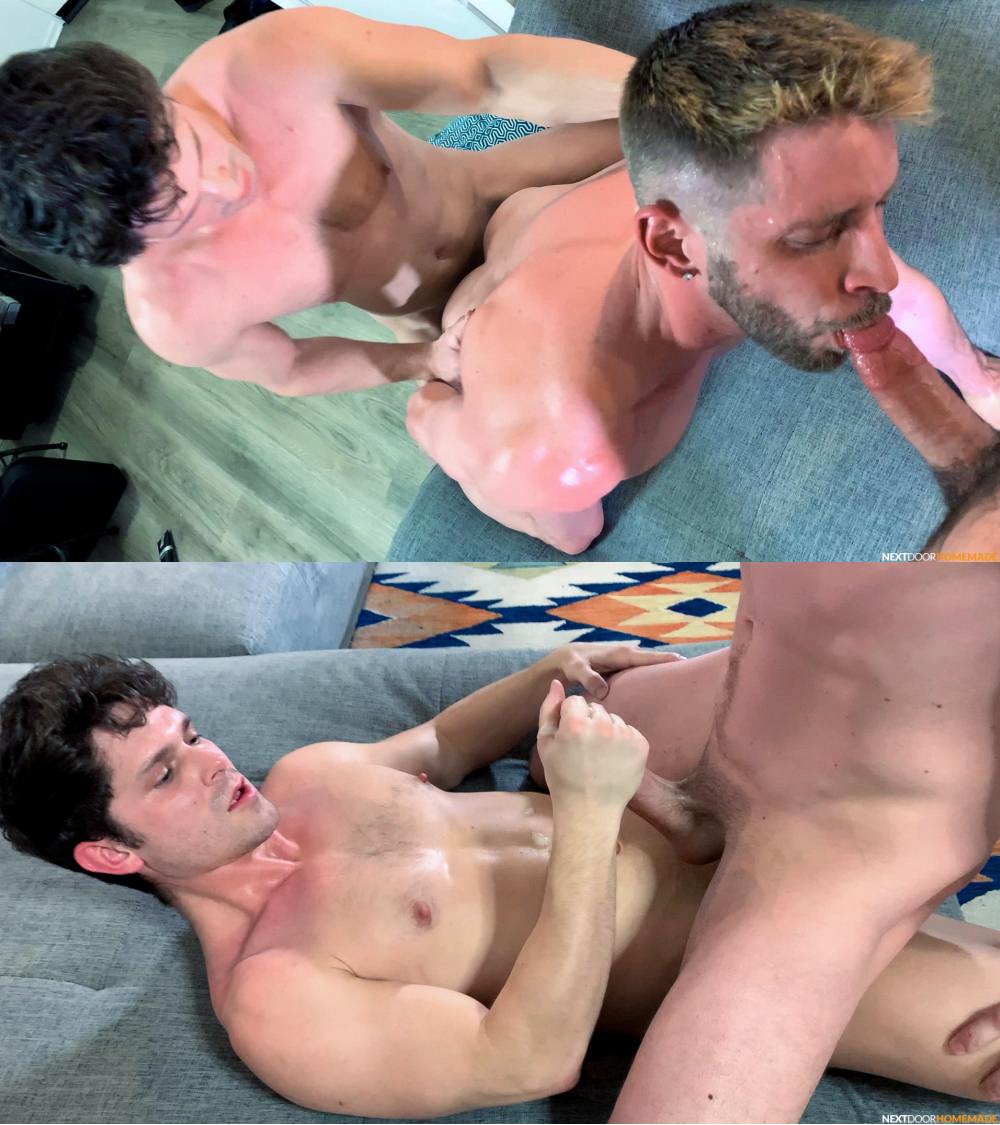