There are plenty of reasons a straight guy would want to be on English Lads; the feel of another guy expertly sucking your dick, the sensation of fucking a guys ass, the cum-hungry dudes willing to take your load in their face, and the cash of course! But there is at least one down-side, and Bezza had that when his buddies found out about his videos!

Yeah, the poor guy got a lot of crap from his mates when they found out how he was earning all that cash, but after a break he's finally back – and going further than ever before!

Young muscled gay lad Dan Broughton really has become one of the favorite guys on the site since he appeared a few months ago, and he's having a great time sucking all the straight boys. So when Bezza came back I guess it was inevitable that he'd be teamed up with the eager cock swallower. And he takes that straight uncut cock up his ass too!

Dan does a great job working the hairy straight boy up, finding a rock hard cock to play with. He gets sucking on the foreskin, getting Bezza's straight boy dick all wet. But Bezza seems a little curious himself, and when he sees Dan's throbbing prick he goes in for a little stroking. Yeah, it's Bezza's first feel of another guys meat, and I think he enjoys it too! 😉

Now, that's how you teach a straight guy all about cock. Maybe next time Bezza will get a taste of it too?

GET THE HARDCORE VIDEO >>> 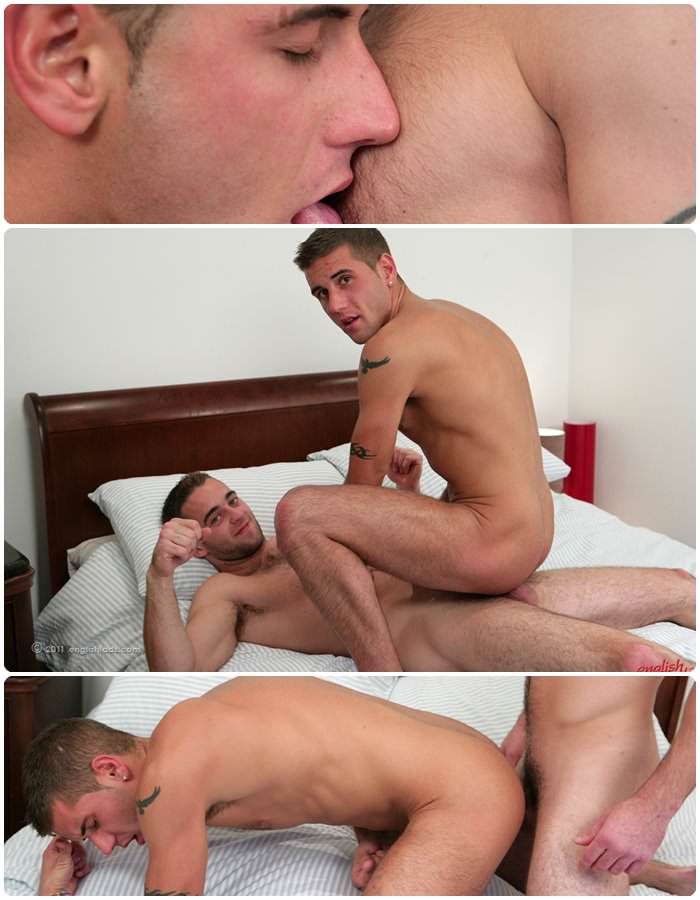 GET THE HARDCORE VIDEO >>>

Uncut Brothers Jerking Off Together At English Lads