Outside under a bridge, Milo Hudson is tagging a graffiti wall with the word “TwinkX”. He just so happens to be wearing a TwinkX clothing too: A full, shiny and sexy nylon tracksuit. A moment later, Finn Harper arrives on the scene, also wearing a black shiny TwinkX tracksuit combo. As Finn sits and watches Milo, he slides his hand down his trackies and strokes his cock. He then beckons Milo over and pulls down his own trackies just enough to free his hard uncut cock. Milo instinctively goes down on that stiff dick and sucks it, licking and slurping on every inch. Milo then sits back and frees his own hard uncut cock which Finn blows in return. 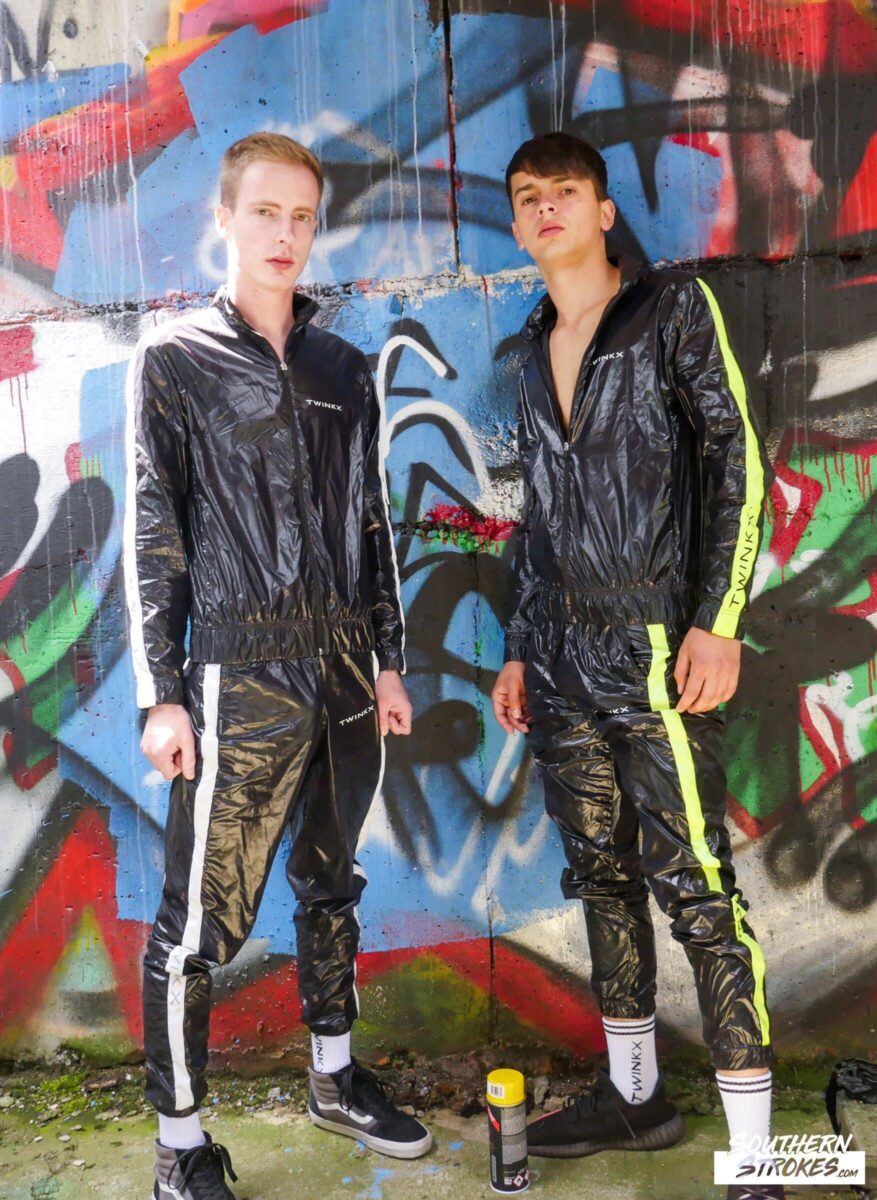 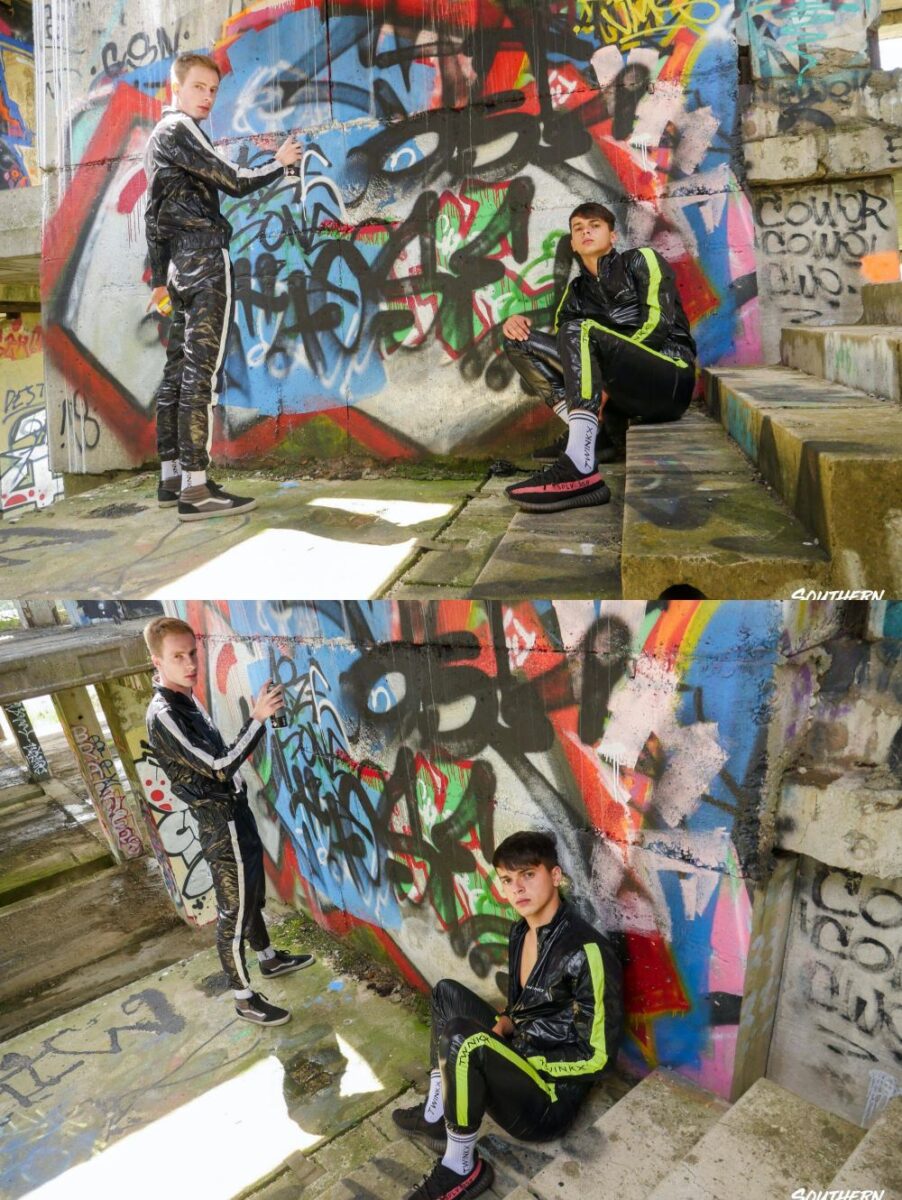 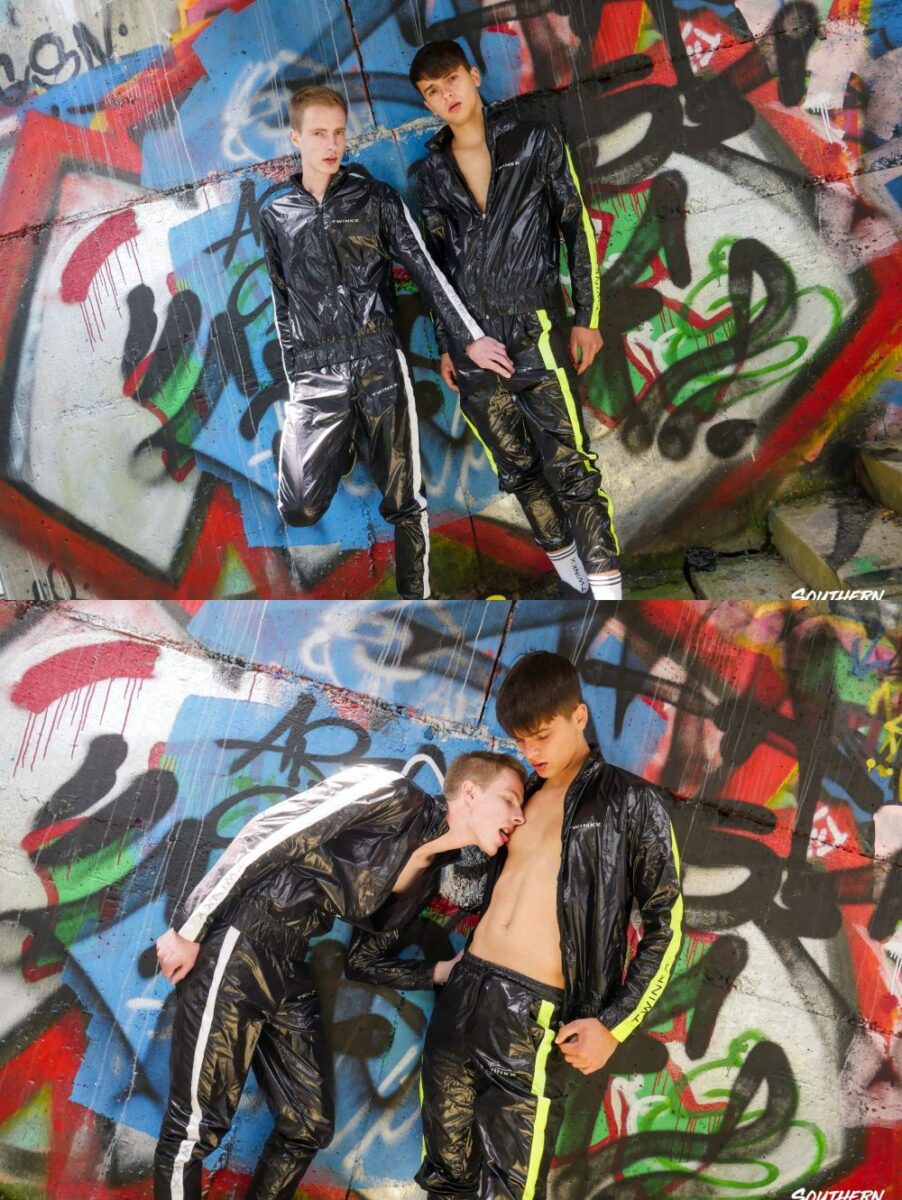 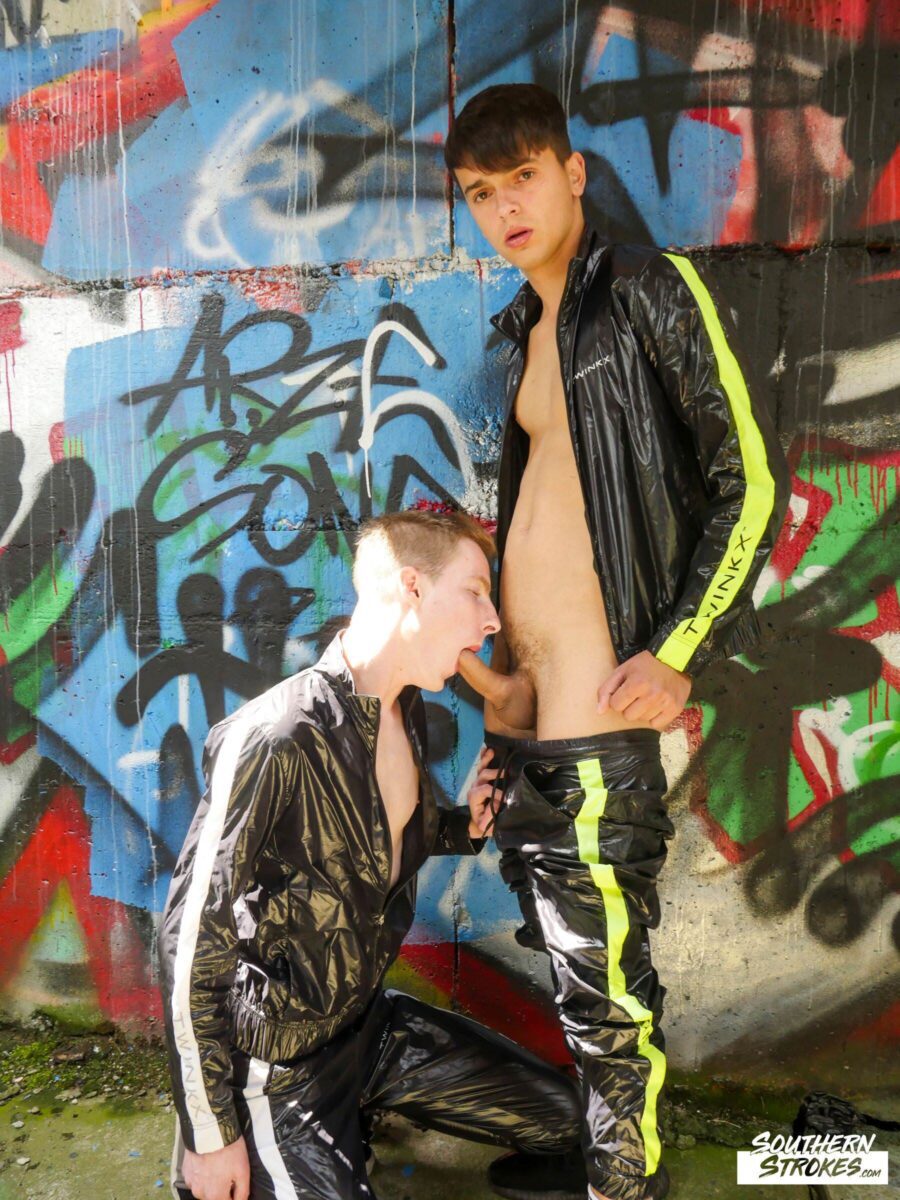 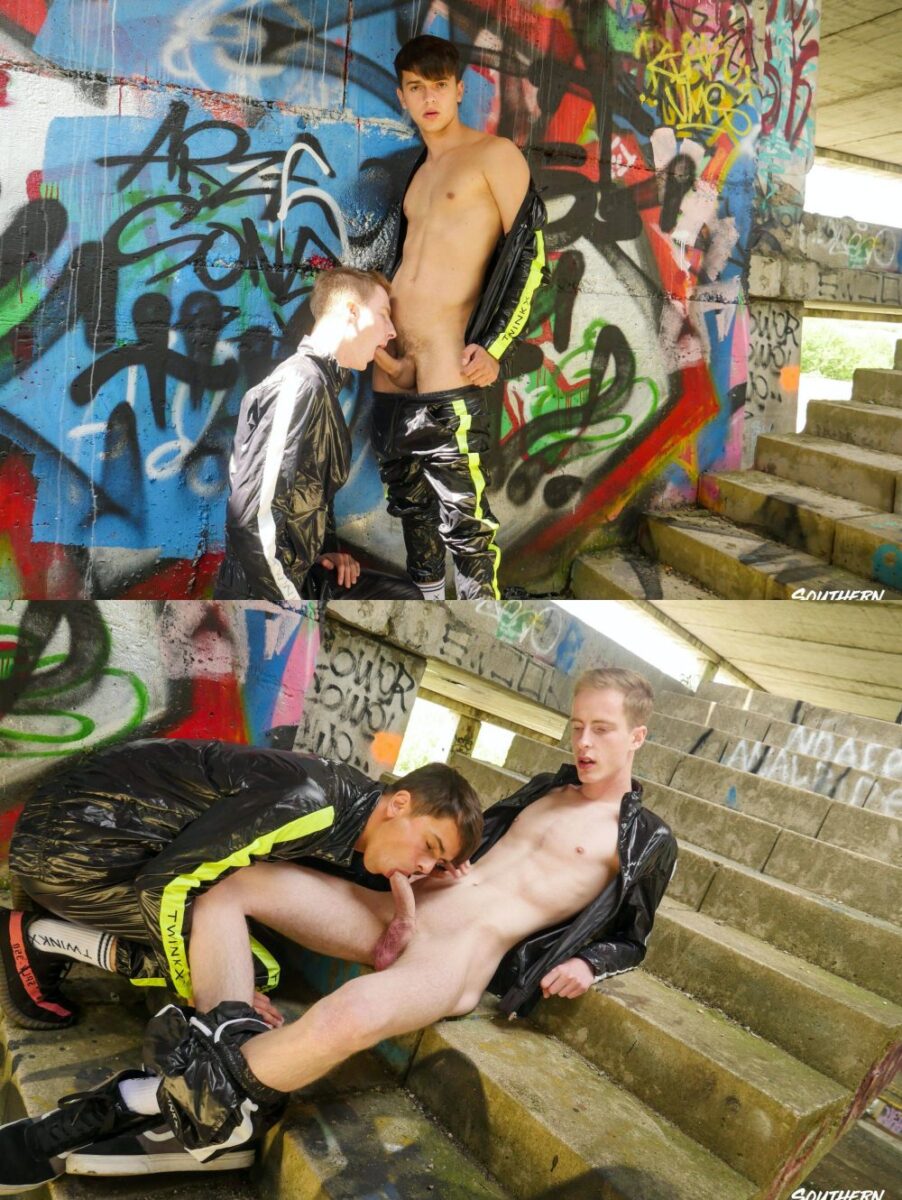 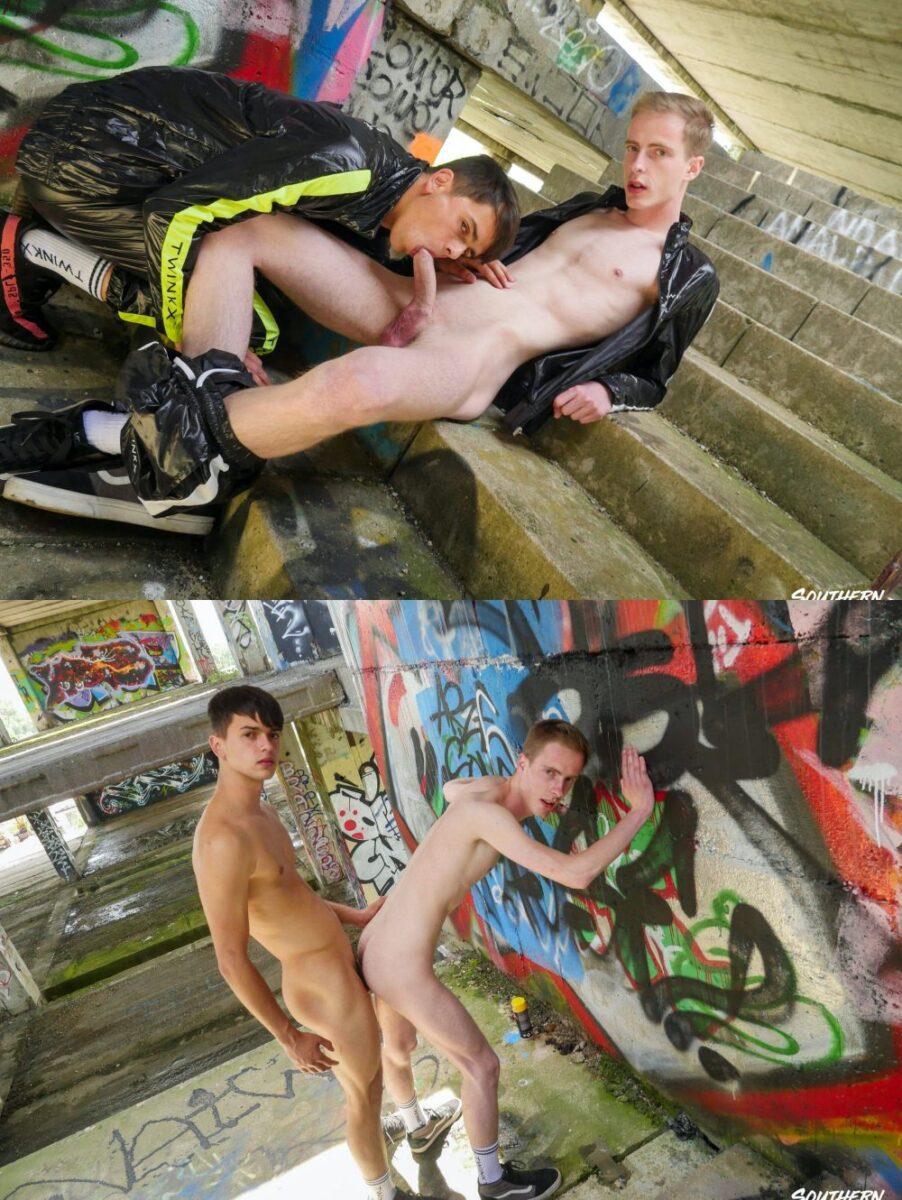 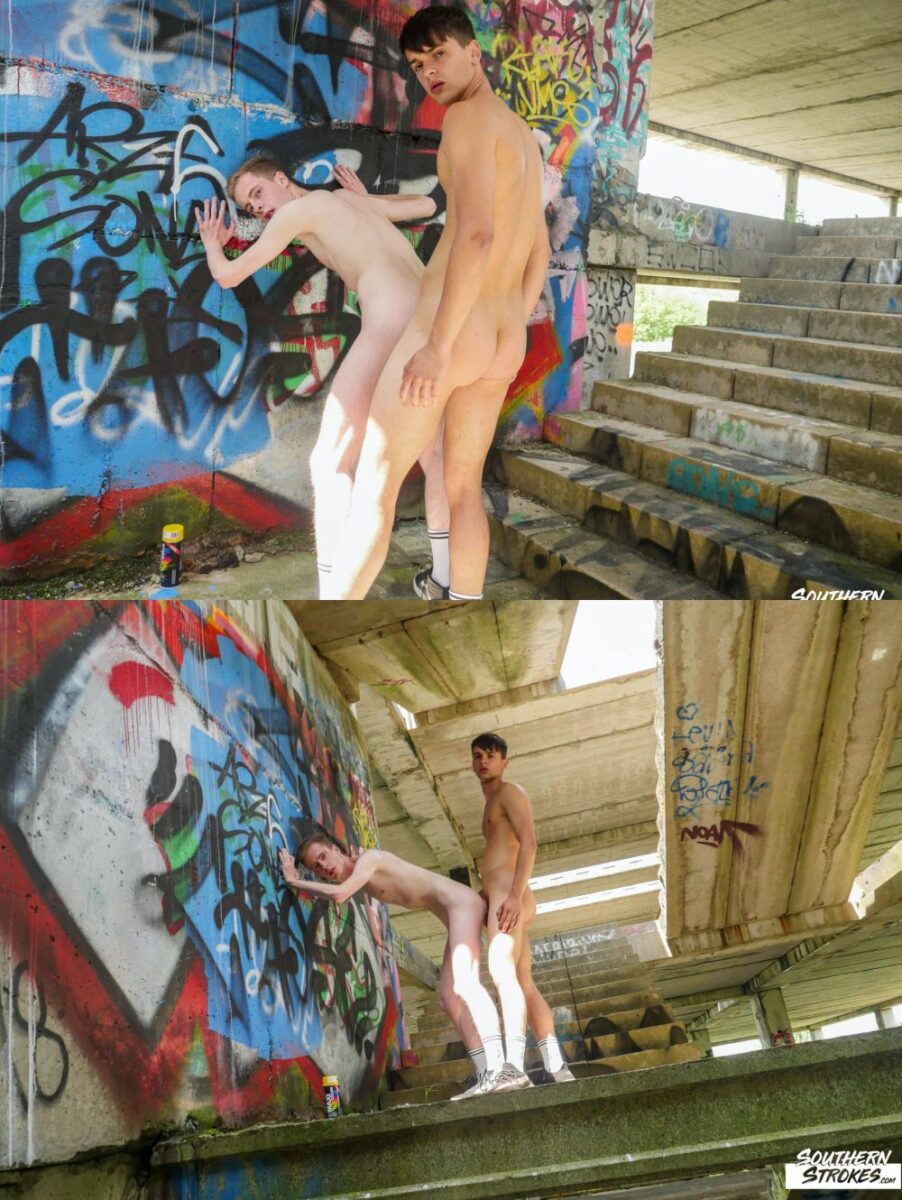 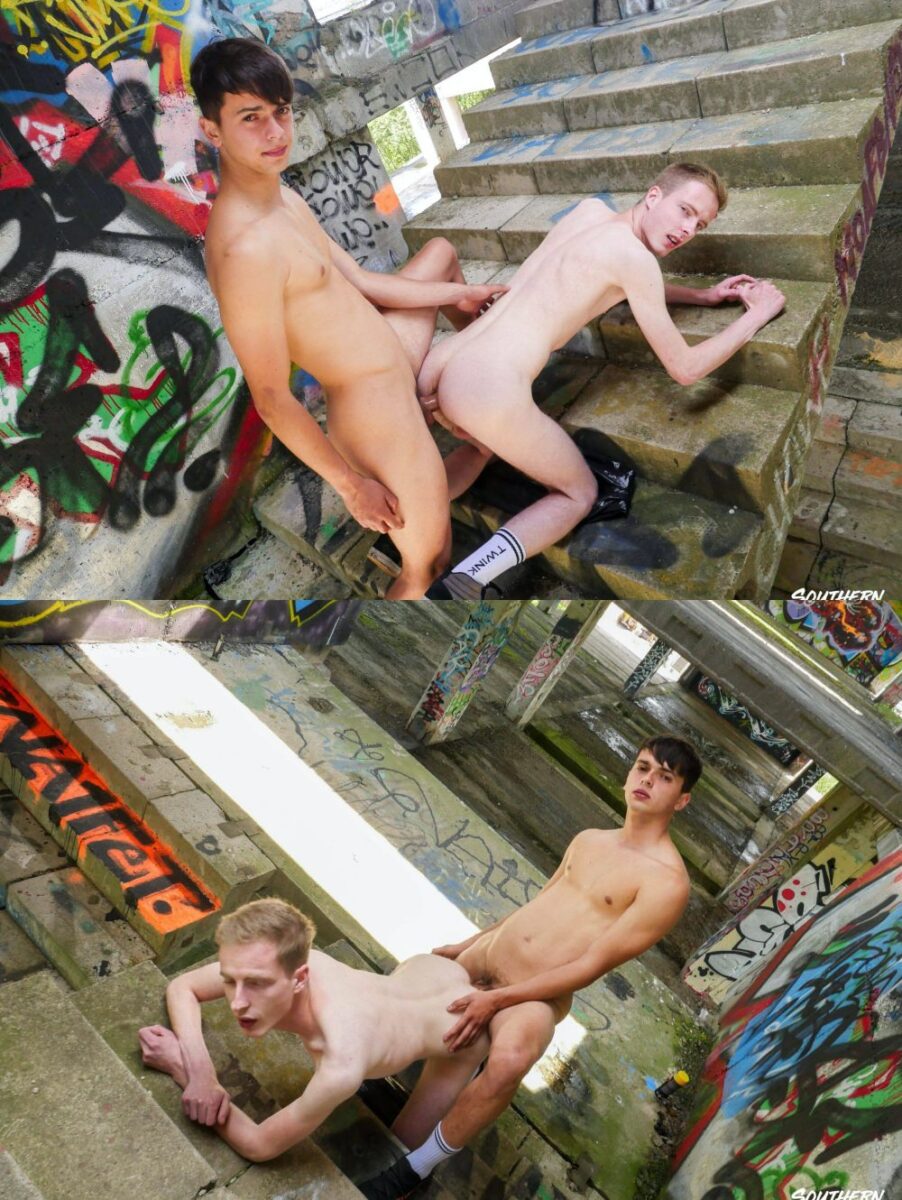 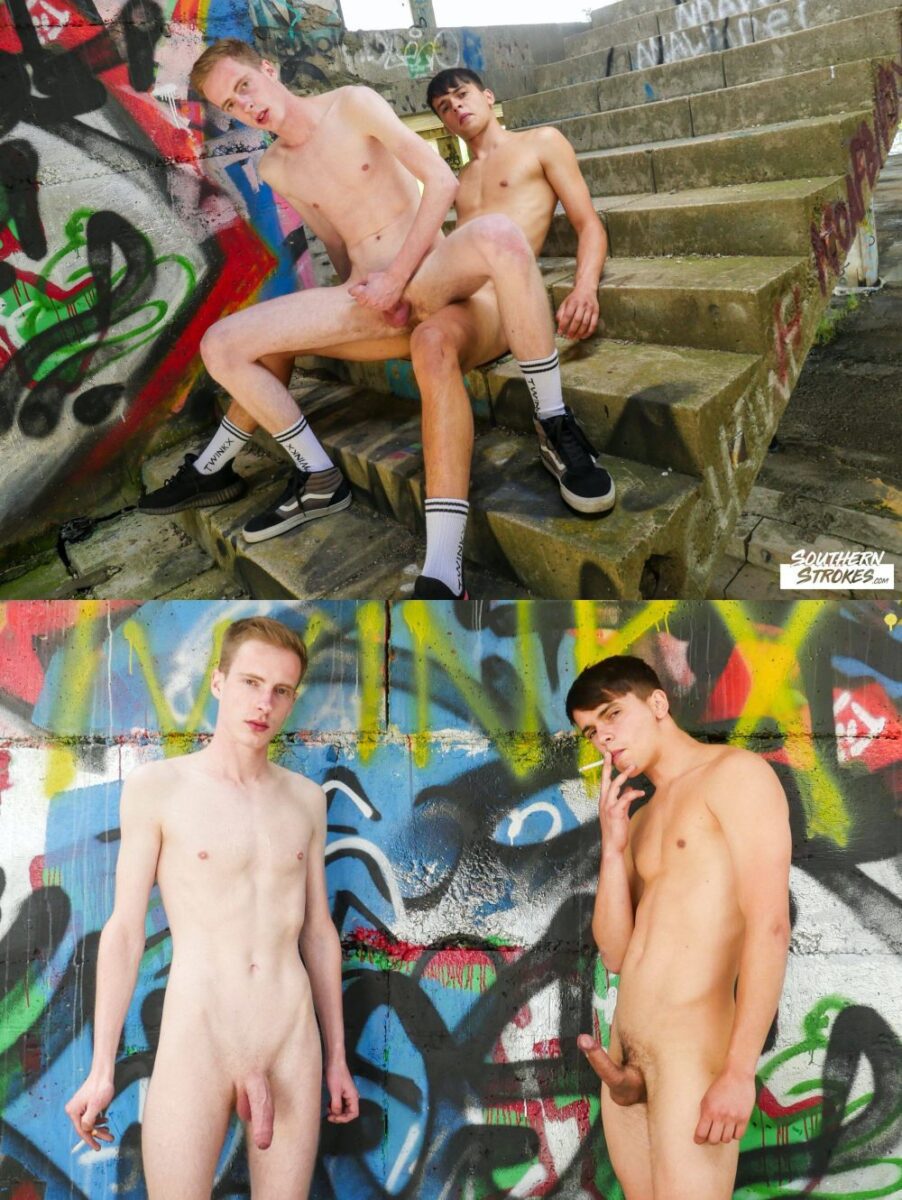