Dylan Sharp falls under the “don't judge a book by its cover” category. He's a cute, 20-something stud who just finished his first jack-off video for Broke Straight Boys. He's confident but laid back and tells the producer he's not really into having a girlfriend right now: “They're too much work.” But he wants to get close enough so he can get some of that friends-with-benefits action.When Dylan finally pulls his hard-on out of his boxer briefs, it's not very big. It's not small either, it's what I call “comfortably average.” You're not going to sprain a lip muscle, but it's big enough so you know you've got a dick in your mouth. (Sometimes those are the best kinds of dicks to play with.) But if you pass on Dylan's video (or even the lad himself) you'll be missing out on one massive and vigorous cumshot.You can hear Dylan's load cumming. He starts breathing hard and picks up his jerking pace. Then a long rope of cum swirls out of his cock, then another. Four sticky ropes in total fly wildly through the air and a couple string across his thigh. Then it's over. Or so it seems. A few seconds later and two more healthy blasts arc out and splatter between his legs. Finally, he's done and his thighs, cock, pubes, and nuts are a wet and gooey mess. I'm not sure if he'll be back for any guy-on-guy action, he didn't strike me as being that adventurous, but I've been wrong plenty of times before. But his debut was explosively impressive. 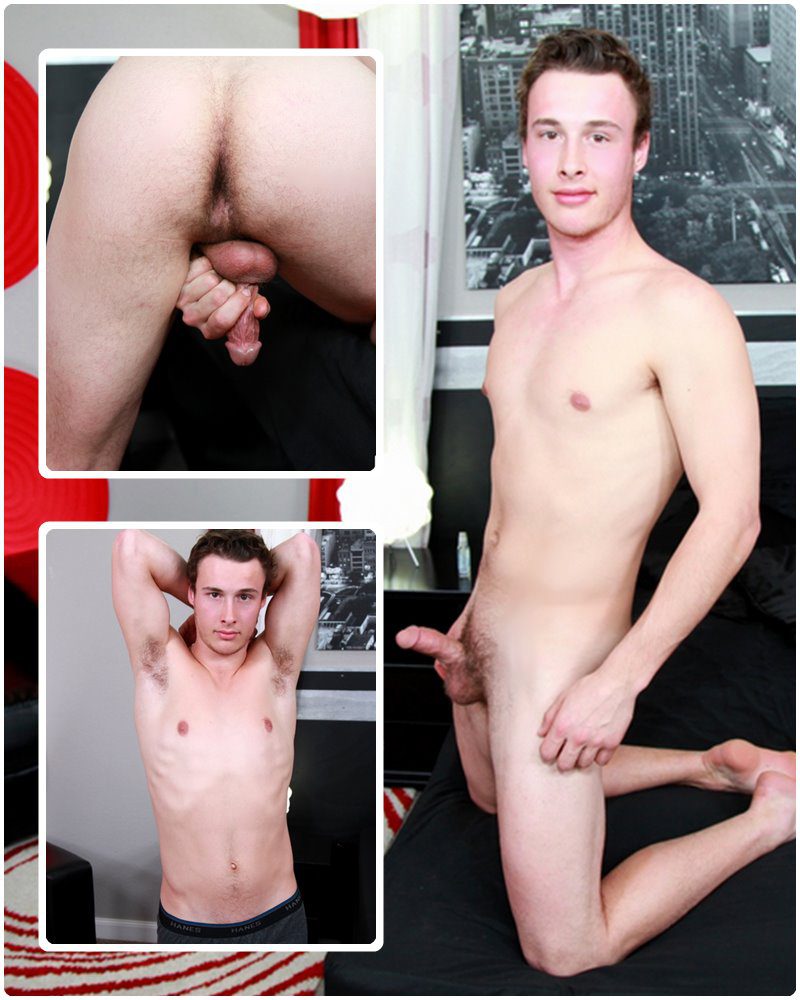