Austin has been watching his Scoutmaster, Mitch Cox, all day with lust and desire. Later, Austin, his fellow scout Jack, and scoutmaster Mitch, all go to sleep inside of the tent together. As Jack lies sleeping, Austin can't help but touch his scoutmaster's cock through his clothes. Scoutmaster Cox wakes and begins touching the scout boy in return. 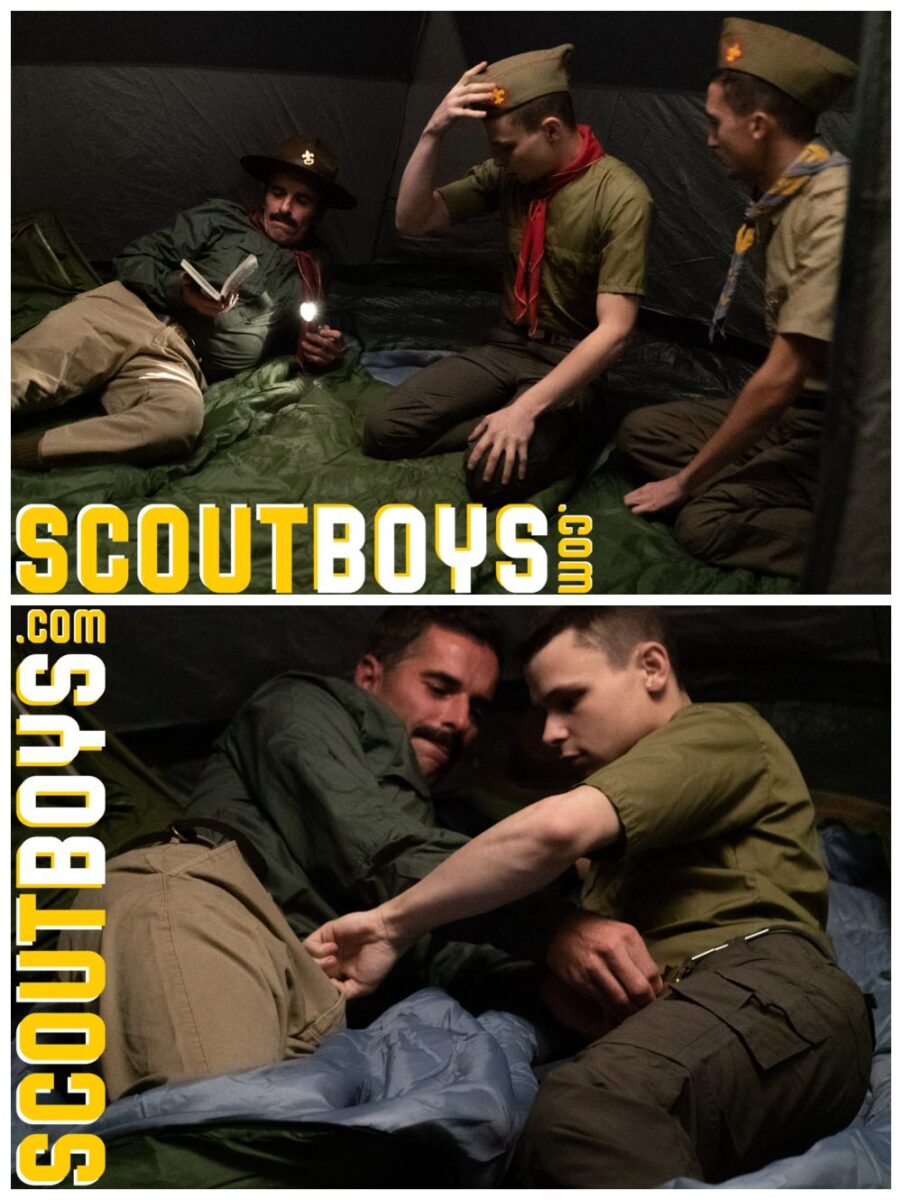 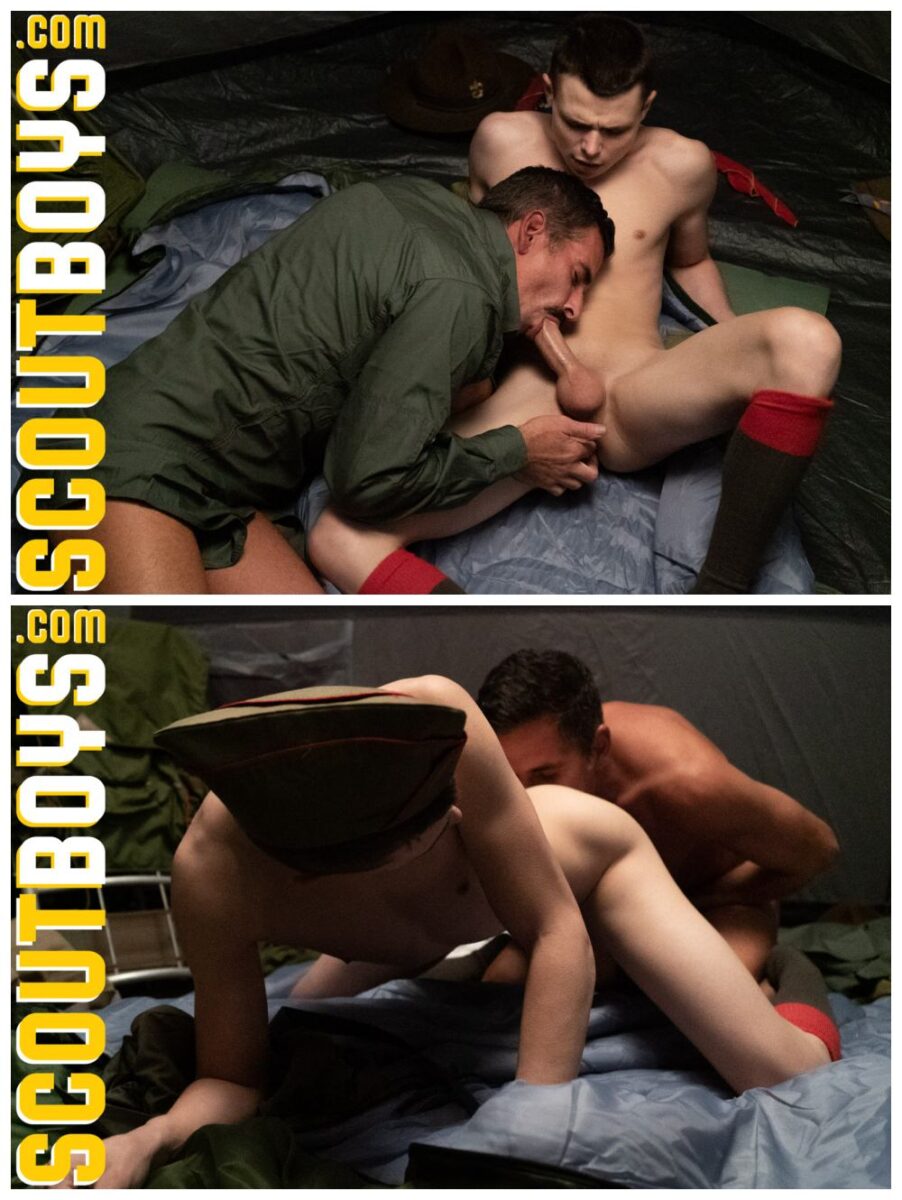 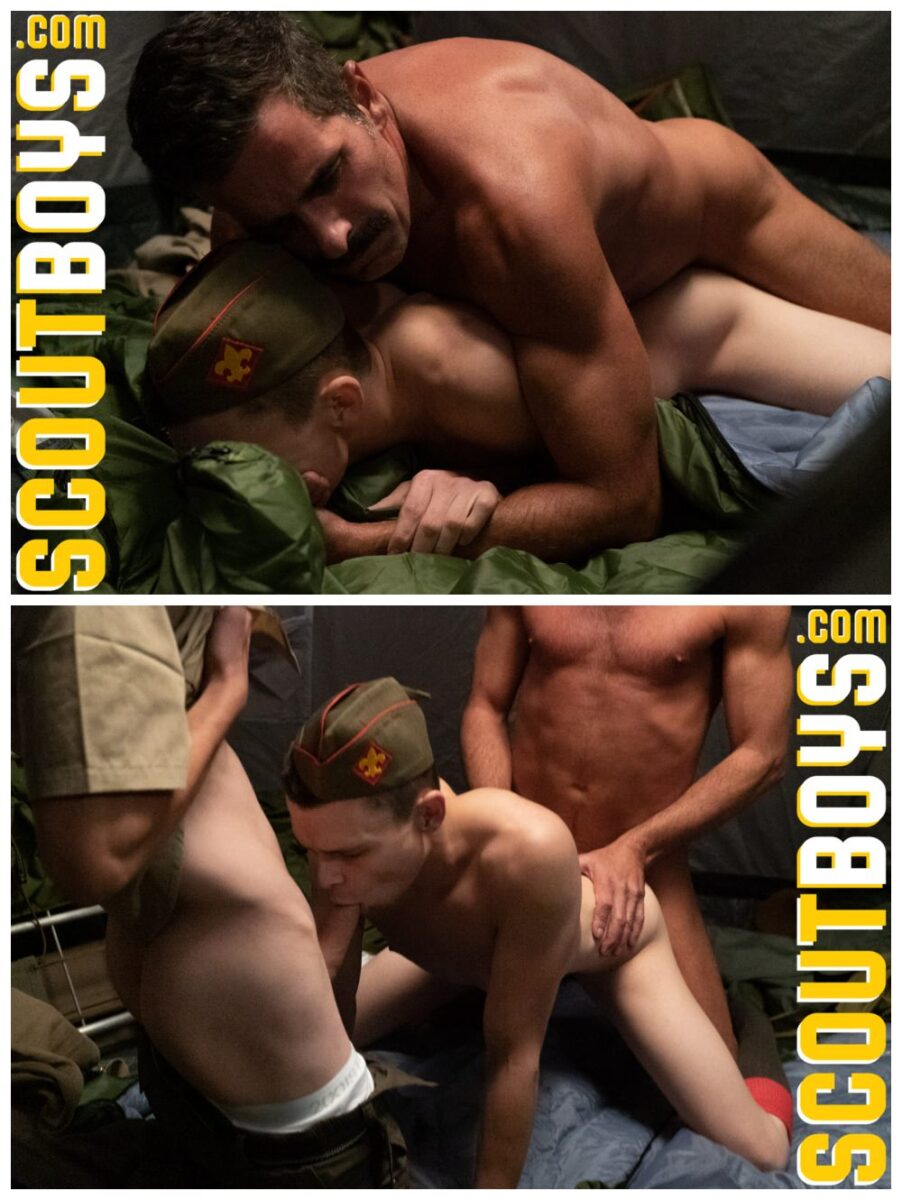 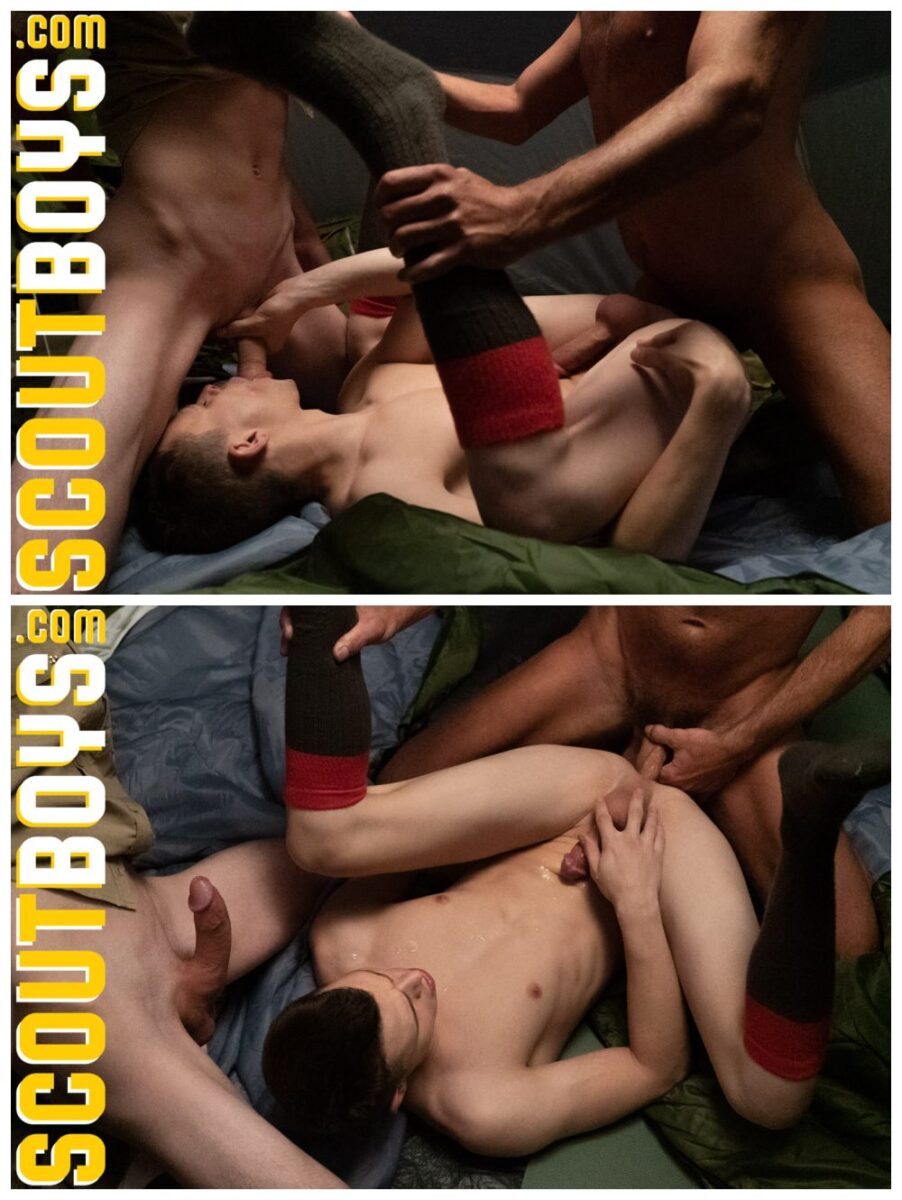