As a further punishment, Carter gets bent over and Father Gallo gets to work eating out the boy's sweet hole. Carter is then made to suck on Romeo's uncut cock as Gallo comes up behind him and pounds his tight hole with his bare cock. After a good drilling from Father Gallo, the twink then turns around to get his hole slammed by Father Romeo as he sucks Father Gallo's dick. The twink then sits on each of the priests in turn, riding their raw cocks until they blow their loads inside of him and breed him. A fitting punishment for a horny boy! 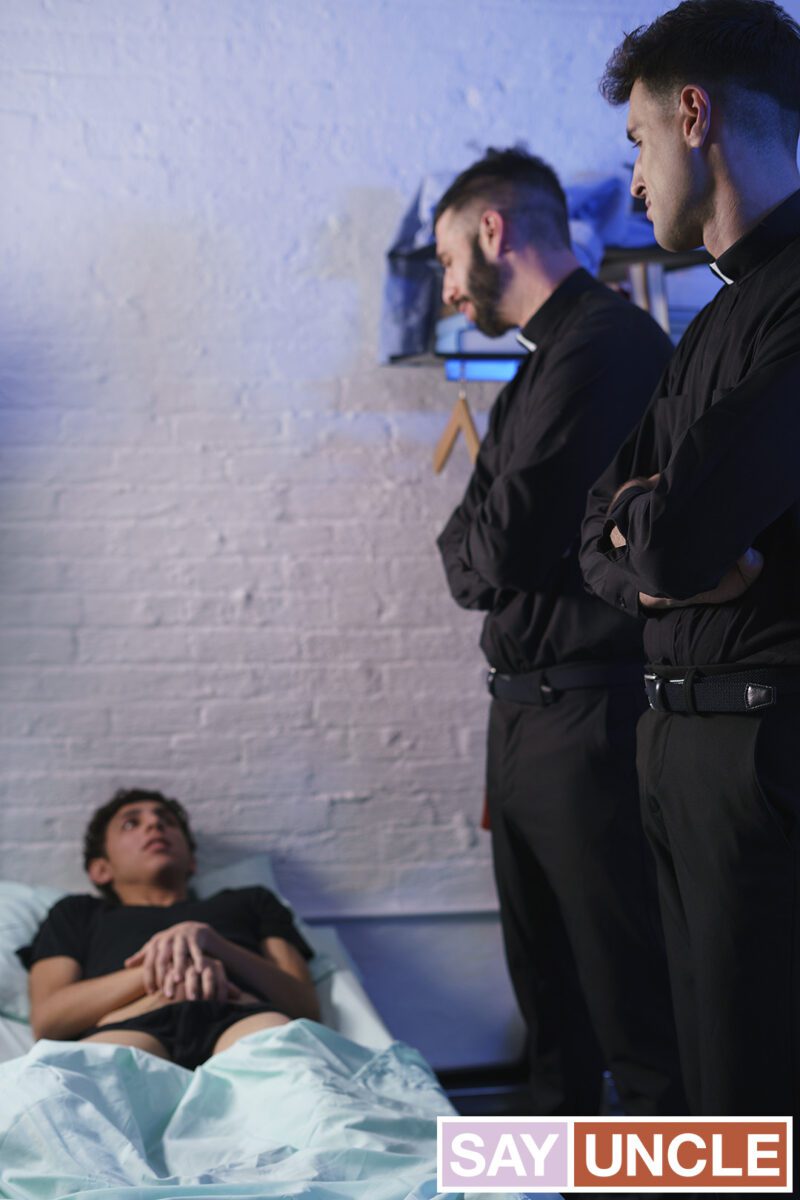 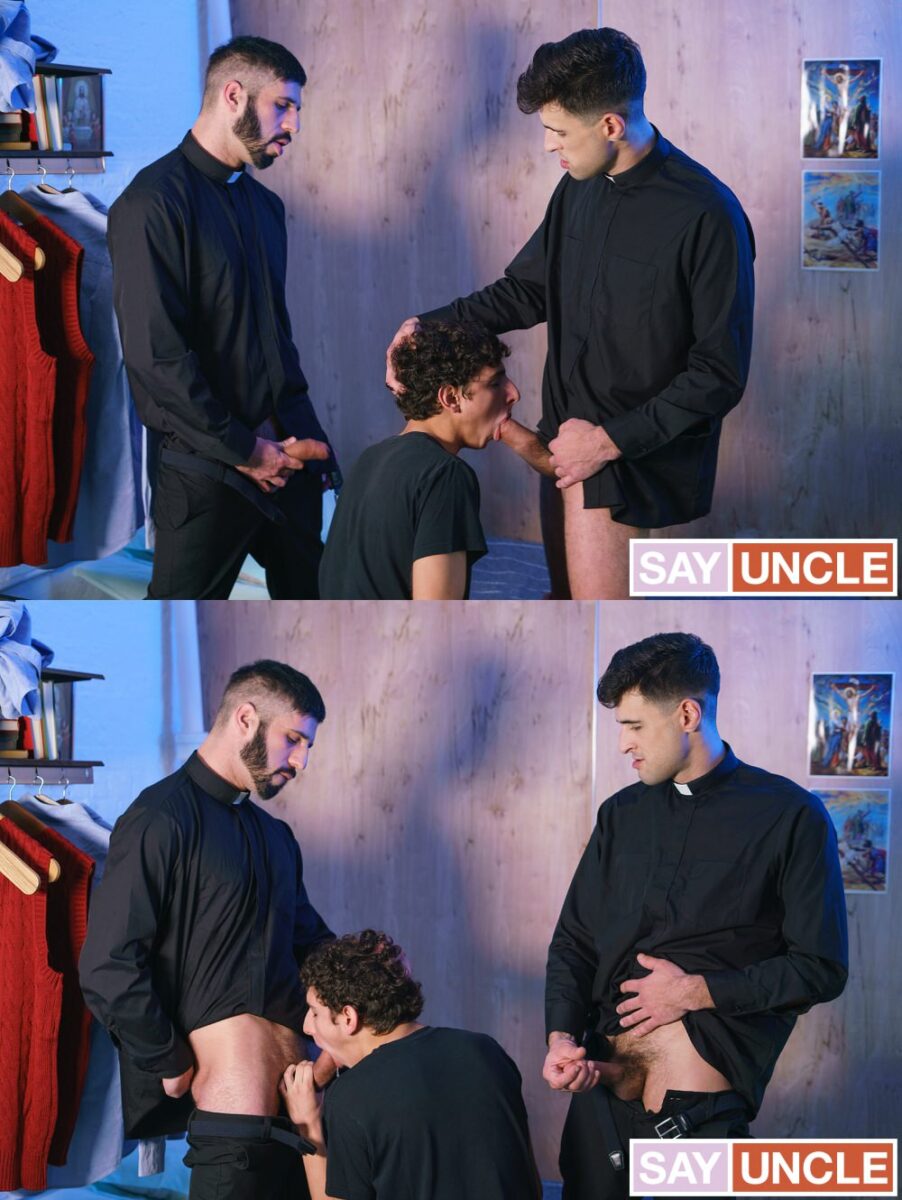 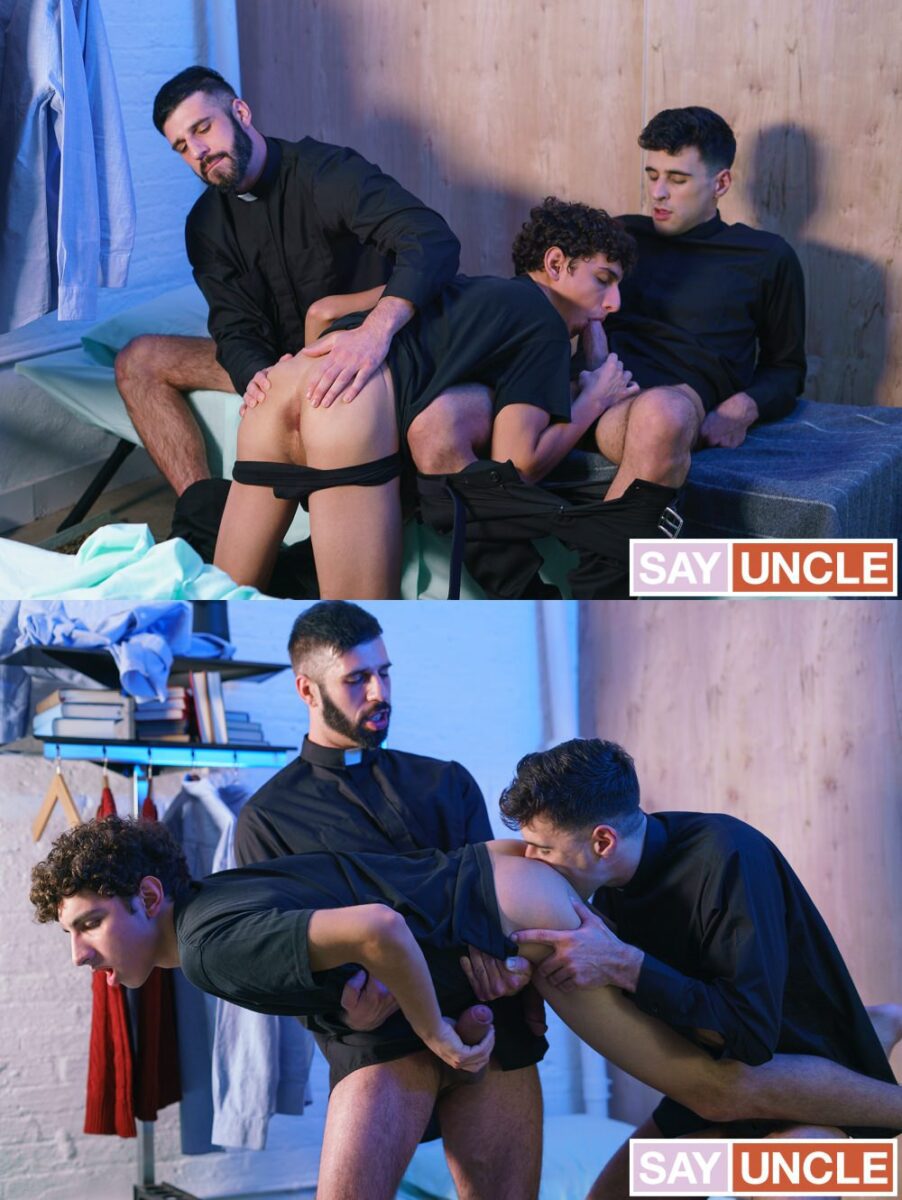 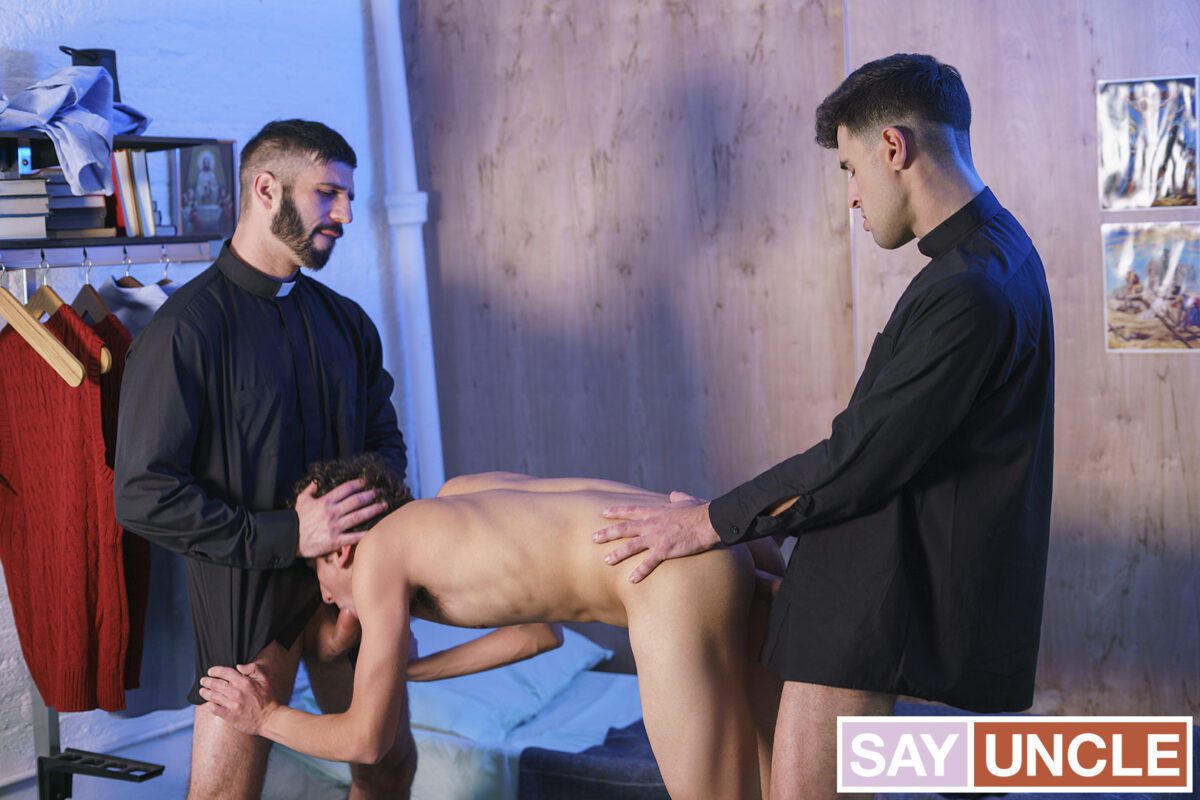 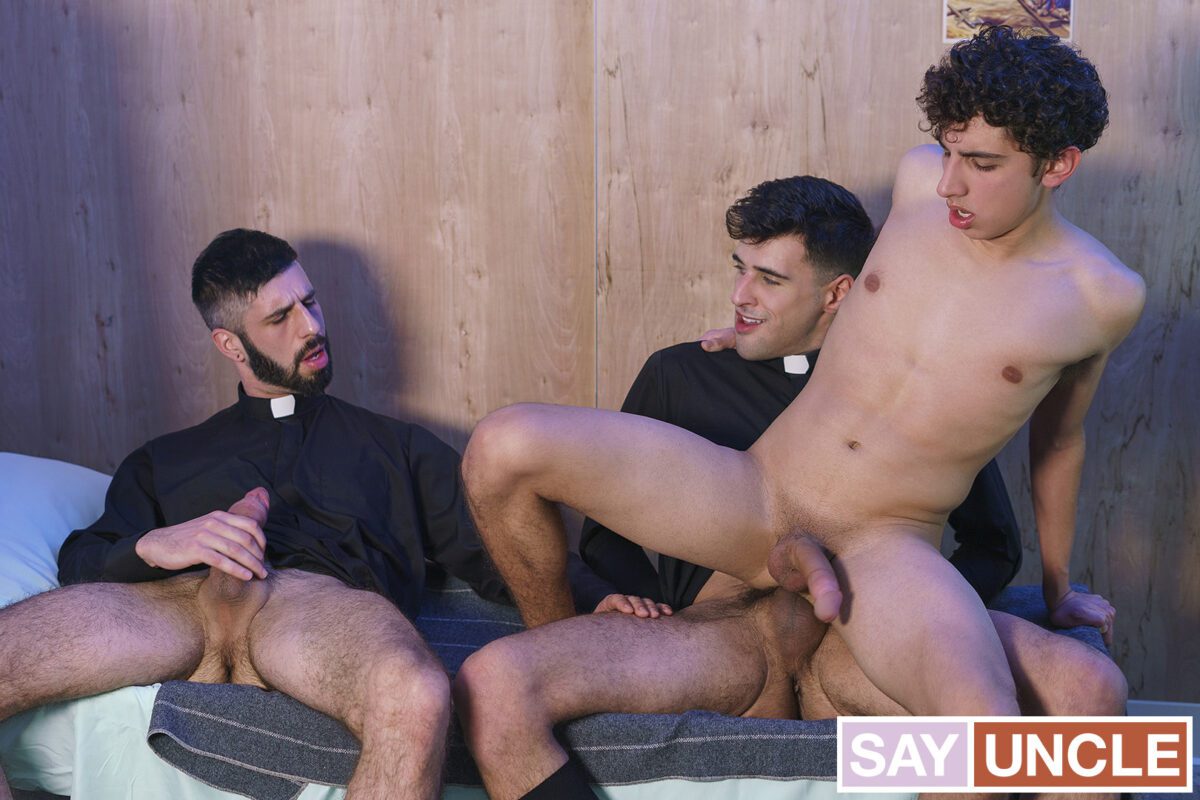 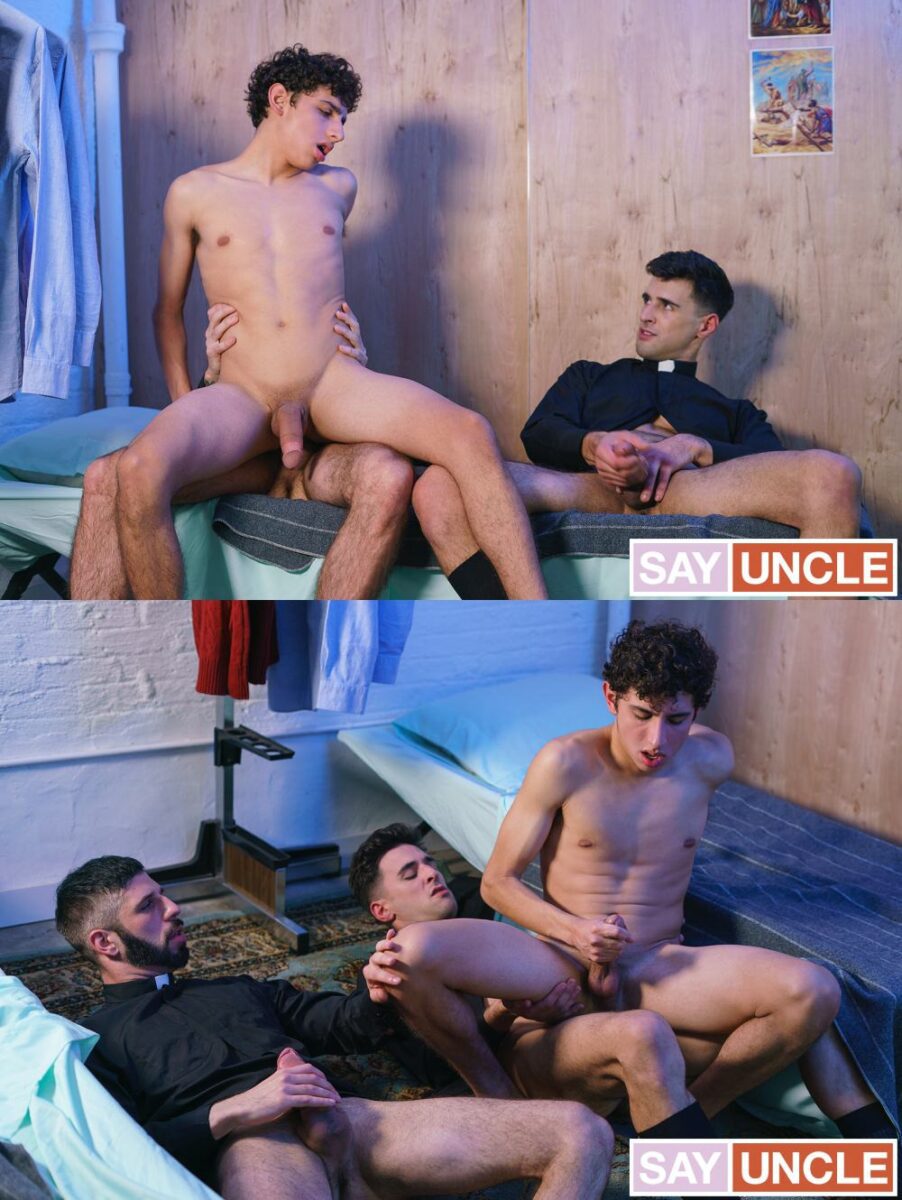