In “Norse Fuckers” part five, the group of brave Norsemen prepare for battle. The god of thunder Thor (Malik Delgaty) and god of chaos Loki (Felix Fox) take their places at the head of the army, and Thor defeats the evil Dragon with a bolt of lightning. Now that the enemy is defeated, it's time to fuck! 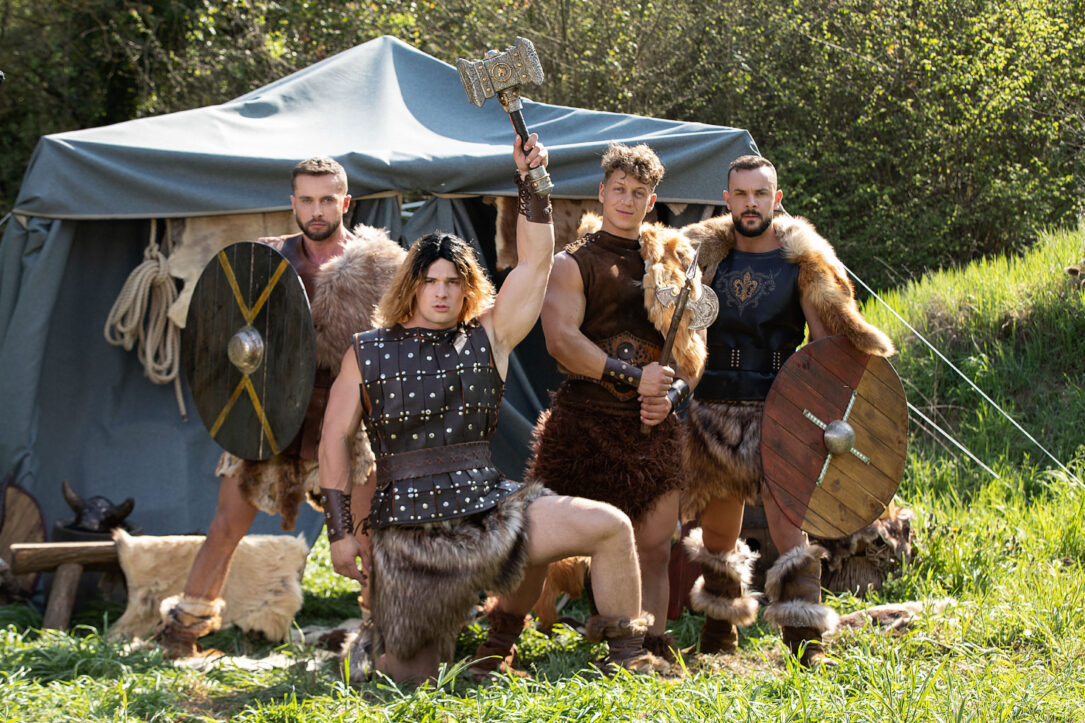 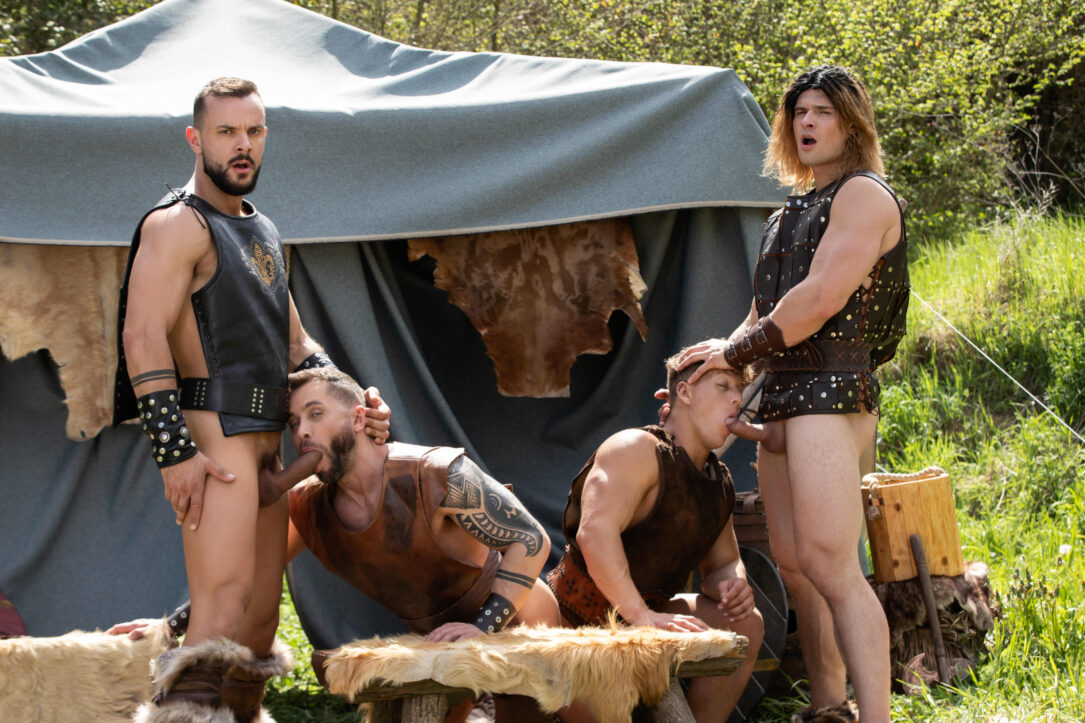 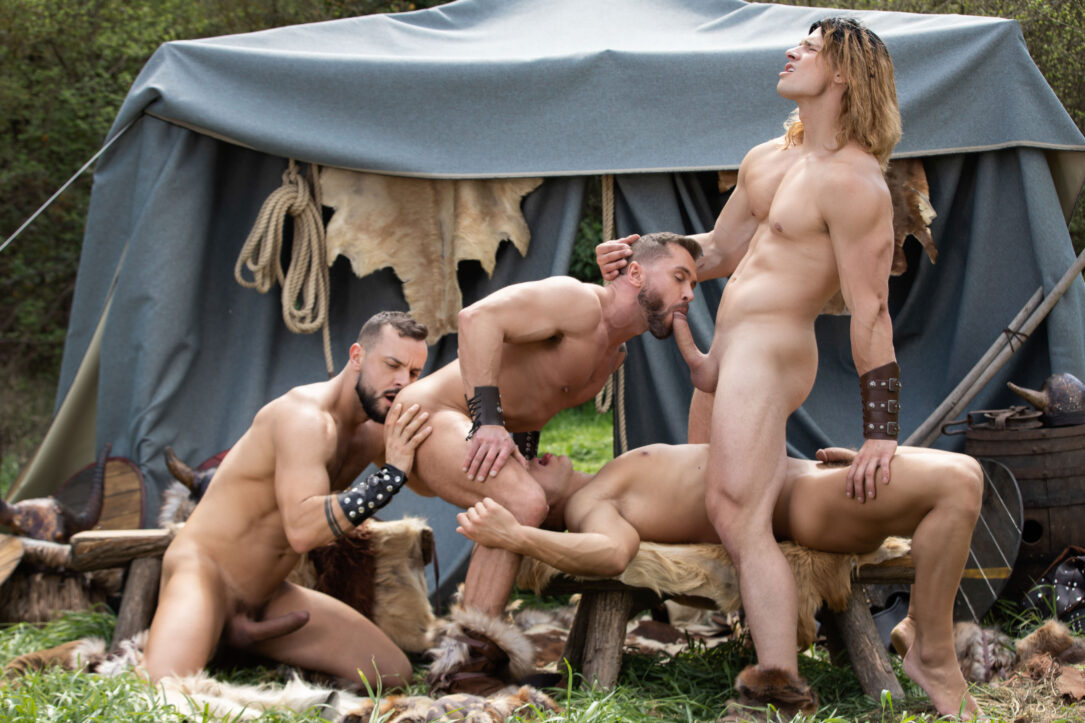 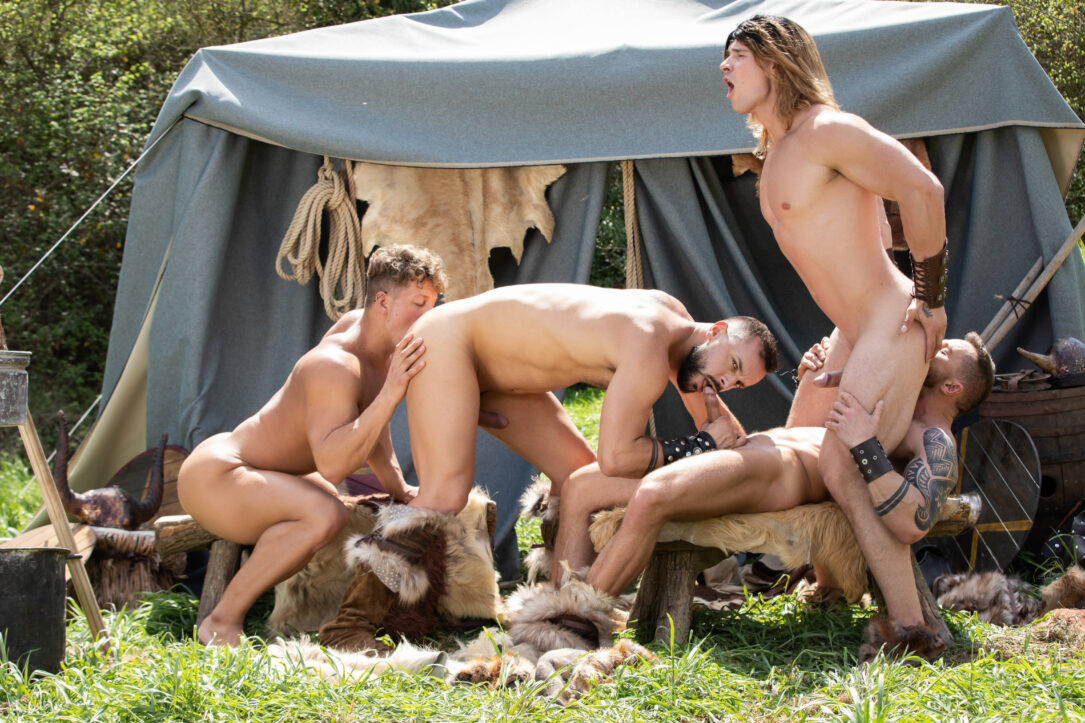 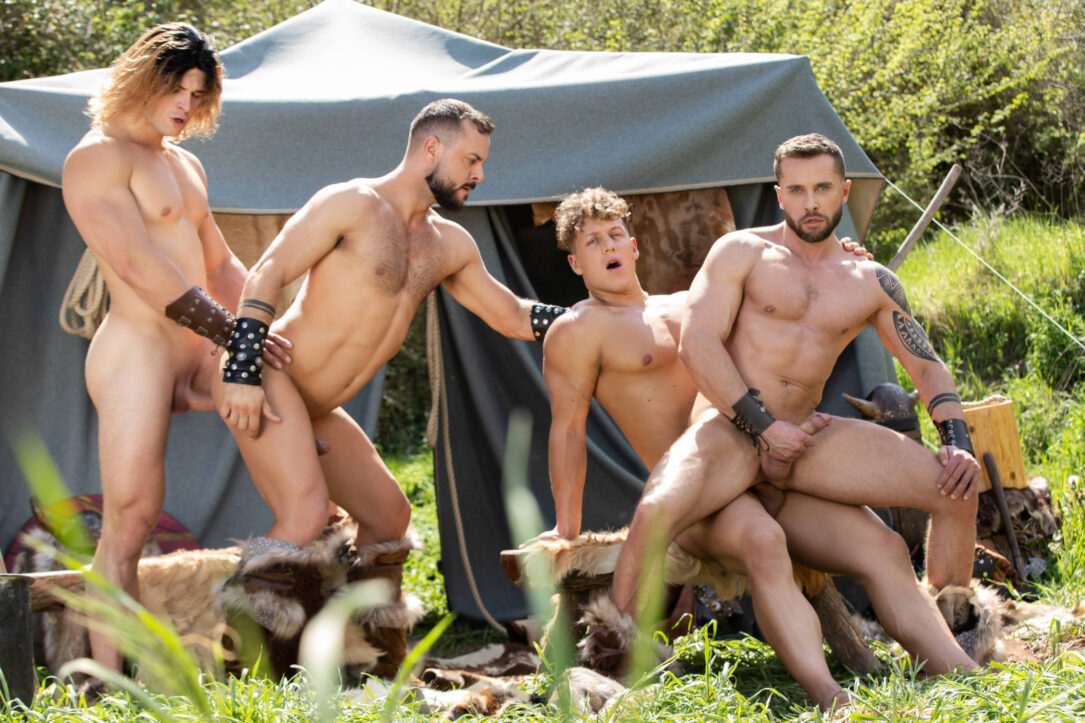 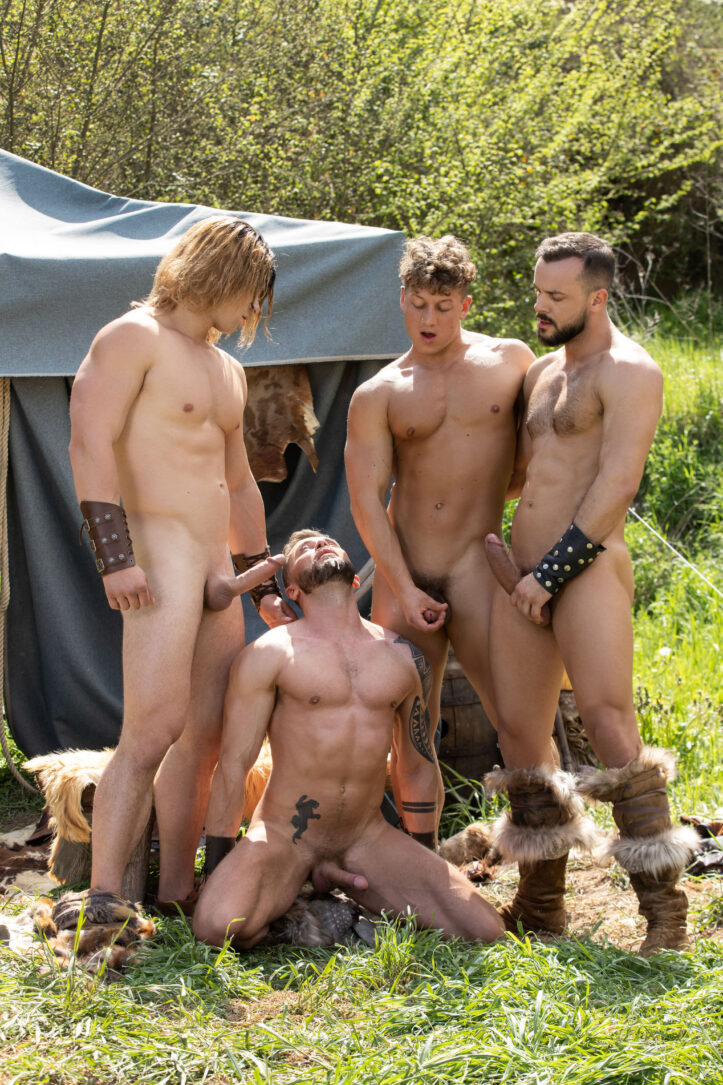