When cute scout boys Austin and Jack finally get some alone time, they head straight to their tent and begin kissing and groping each other. They don't have much time, so the boys hastily undress as they continue to kiss. Jack frees Austin's boner and eagerly licks and sucks it. He then frees his own hard cock which Austin sucks and slurps on in return. Jack bends over and Austin eats out his ass before sliding his bare boner deep into it. 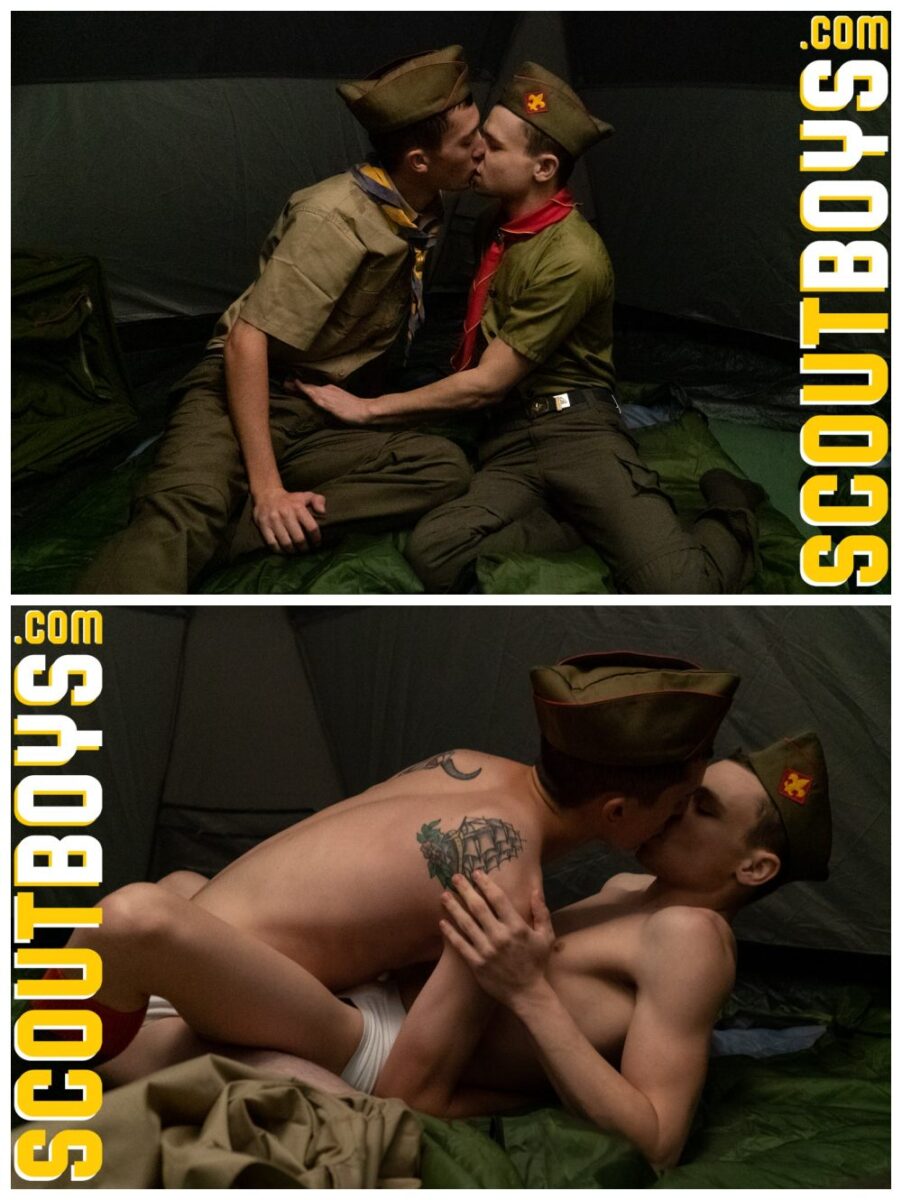 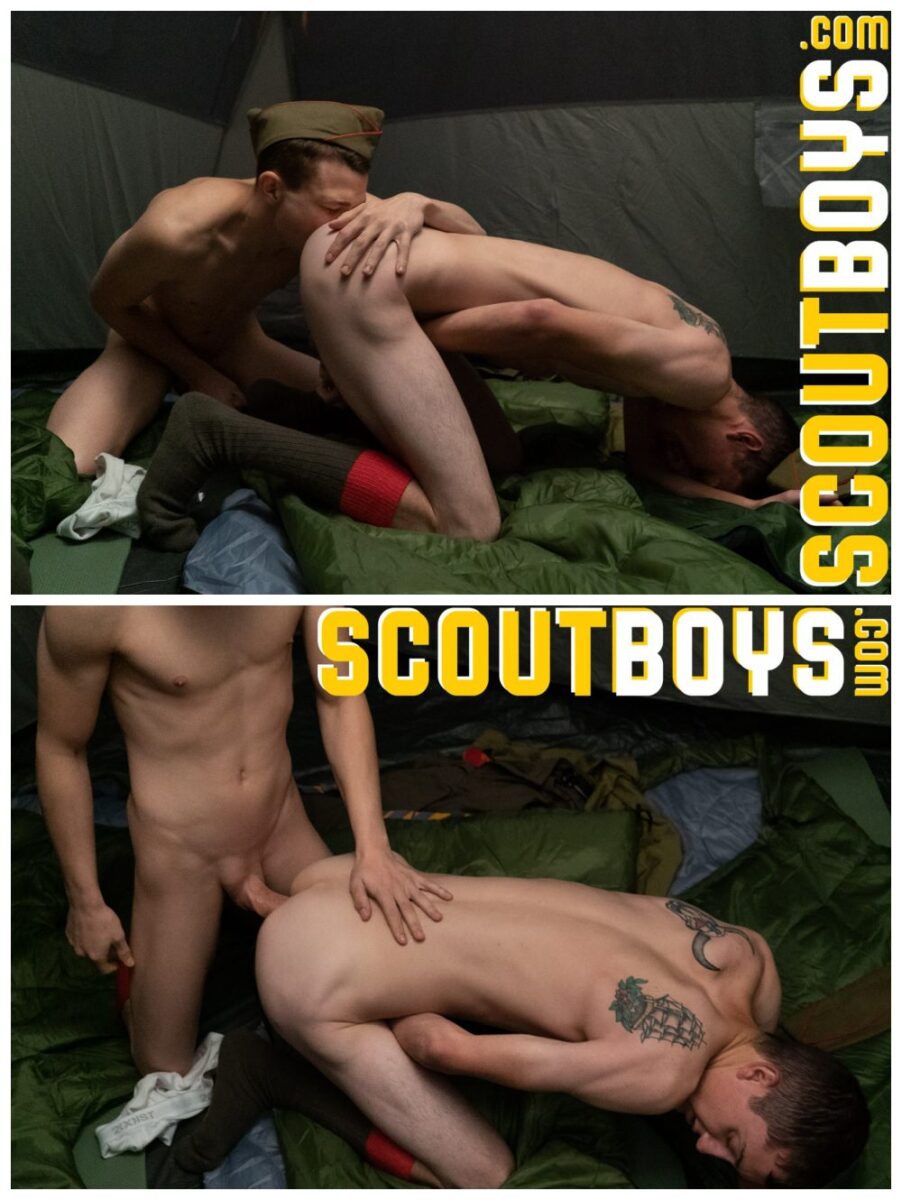 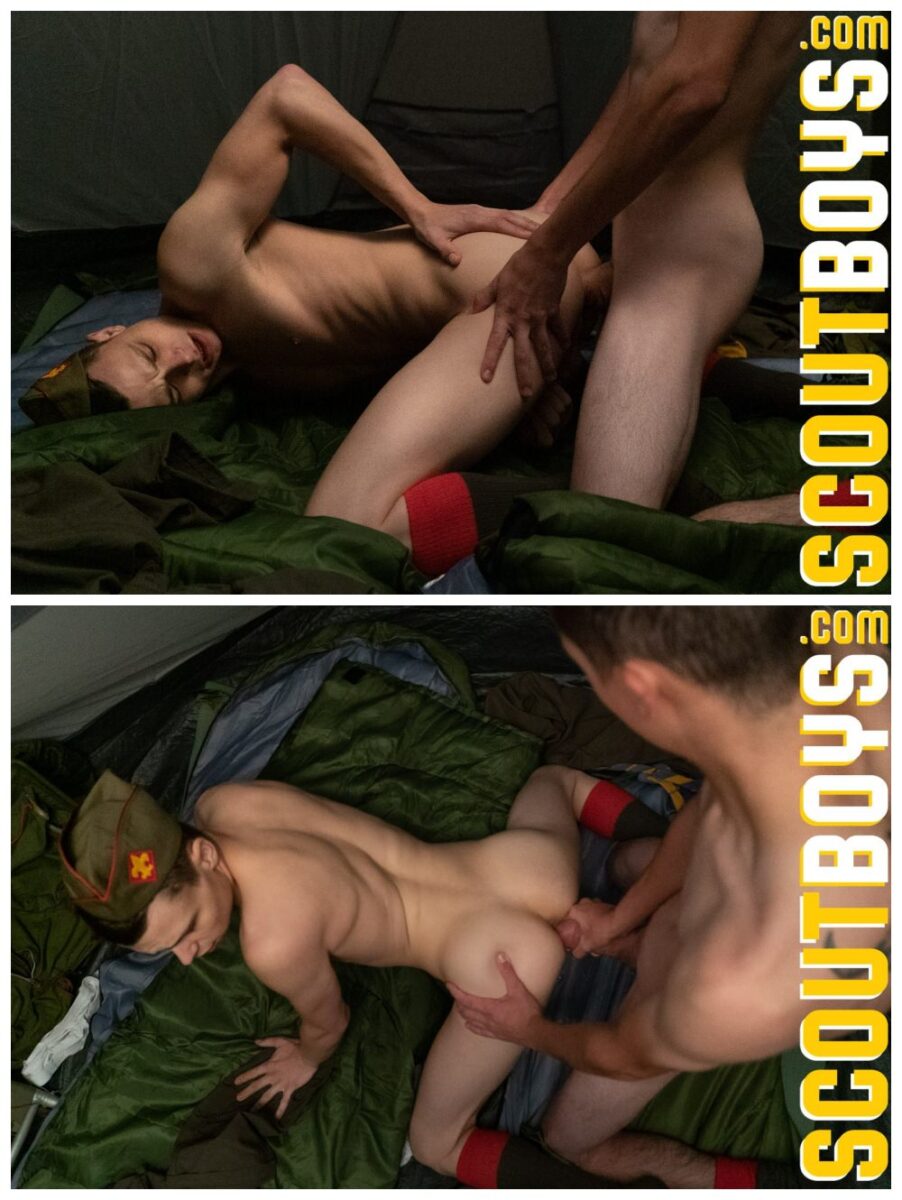