Inked stud Allen Lucas kidnaps muscly jock Brenner Bolton and makes him his fuck-toy in their new duo scene “Careful What You Wish For”.

After being kidnapped from his own garage, Brenner awakens in an unfamiliar place, naked, bound and blindfolded. Hearing footsteps approaching, he pleads for his assailant not to hurt him. His captor Allen smiles at the sight of the hostage in front of him, teasing Brenner's cock before whispering in his ear. Allen works his way down Brenner's body until he gets to the jock's dick, and begins to suck him off much to Brenner's surprise. He's even more surprised when Allen shoves his cock inside his mouth, but like a good little slave he obeys and sucks that dick good. 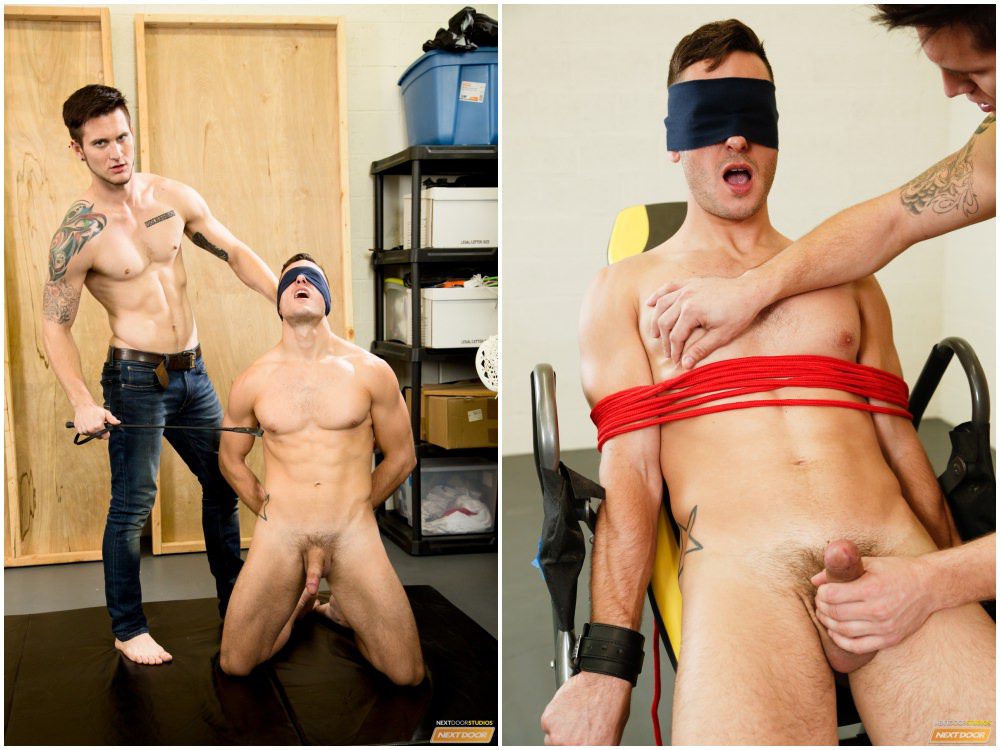 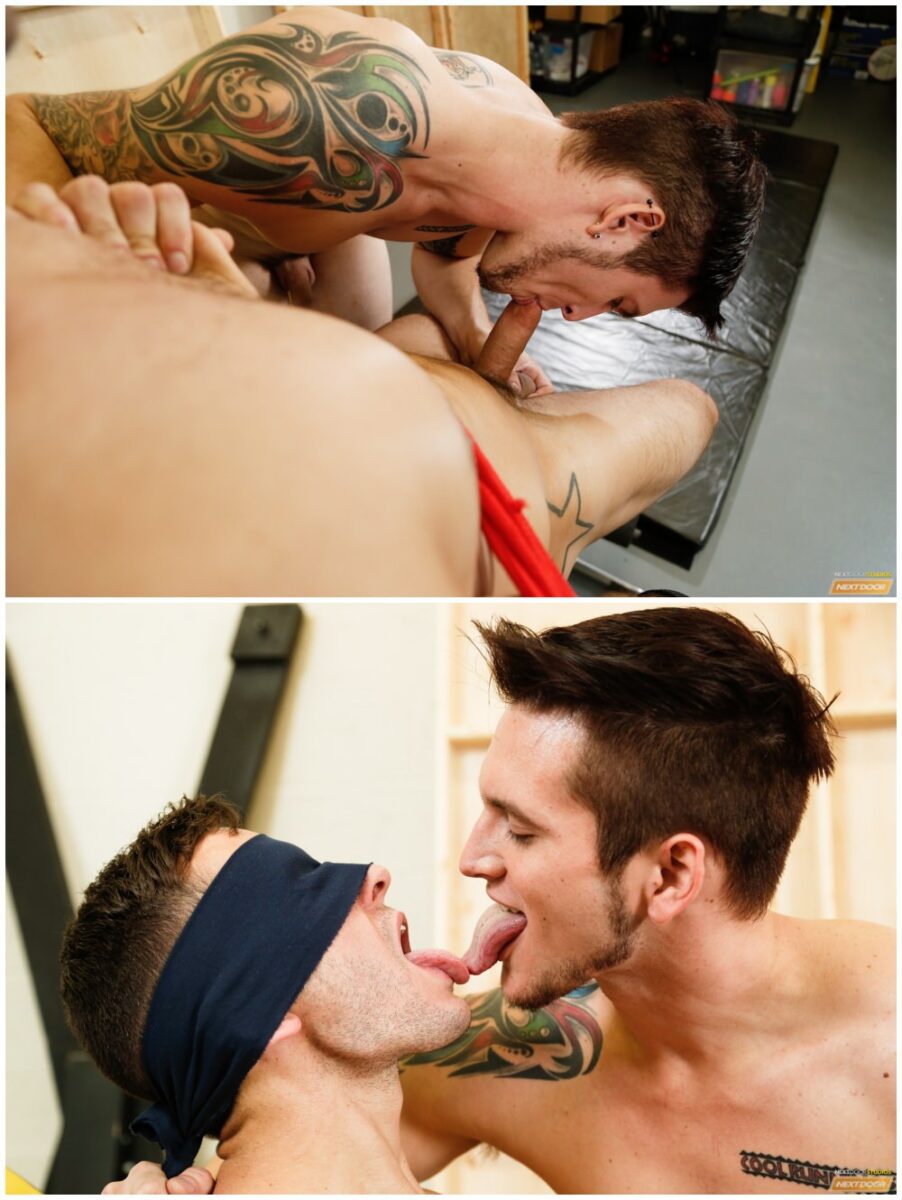 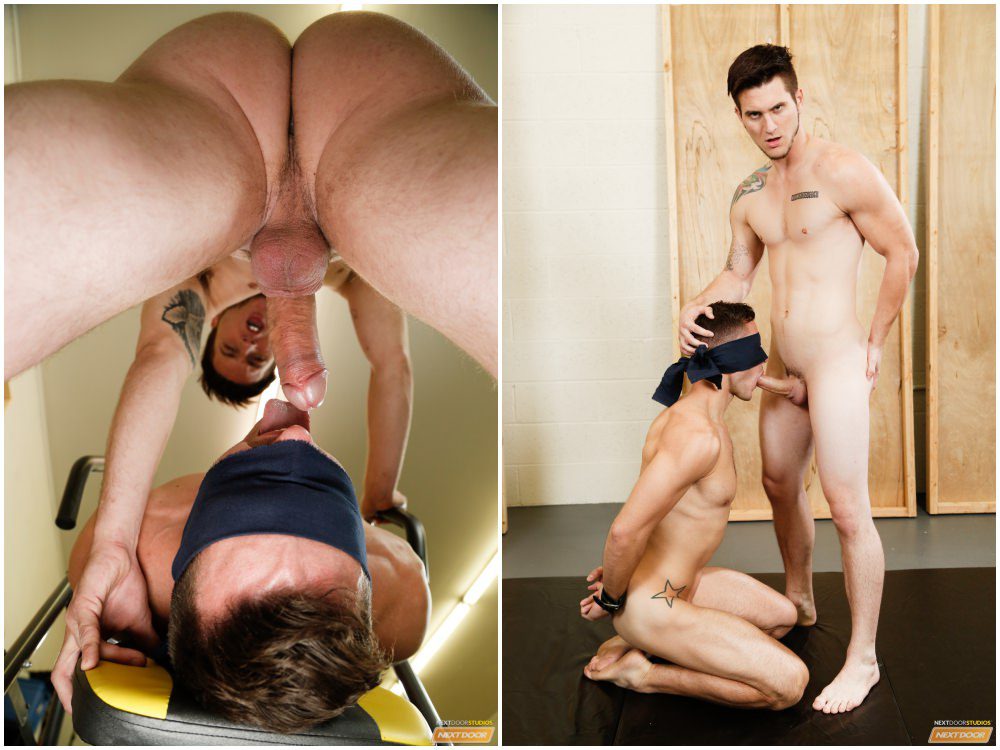 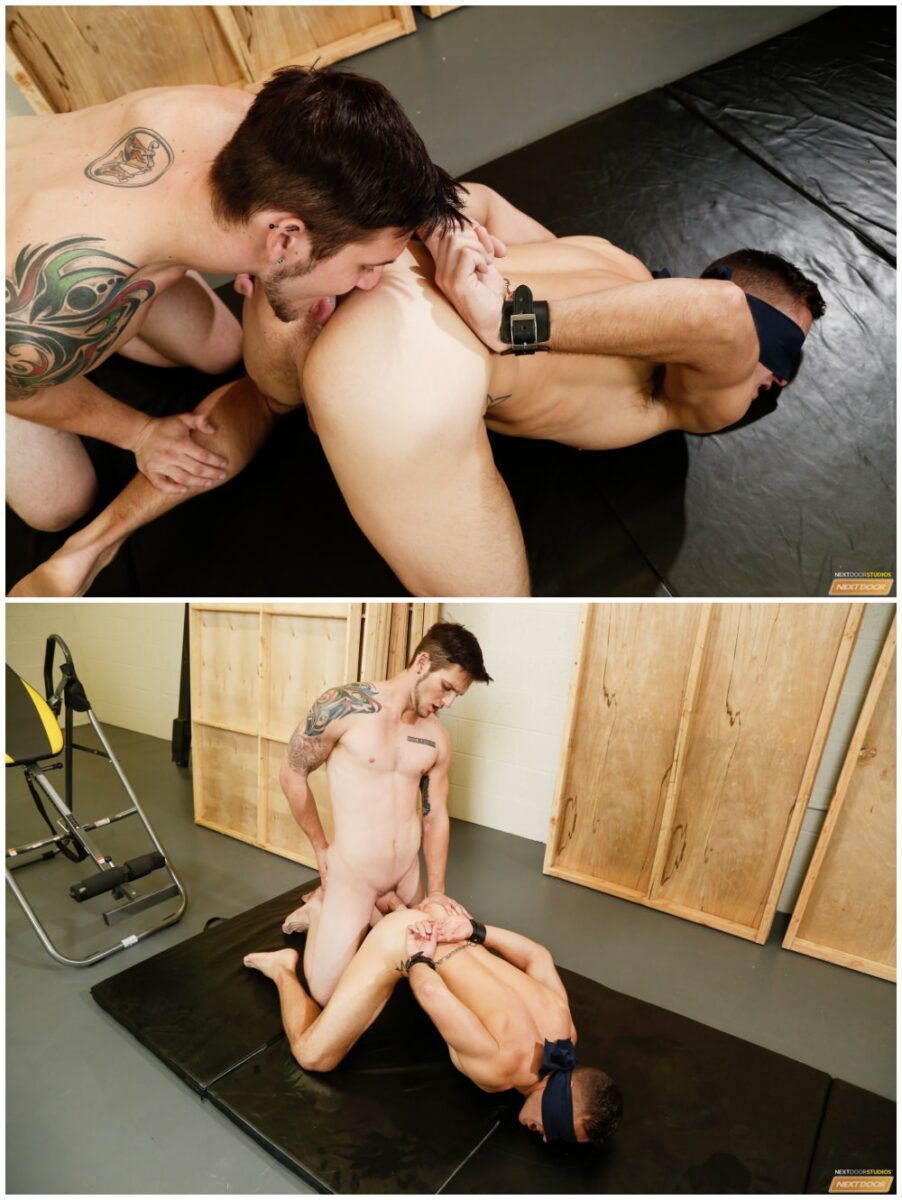 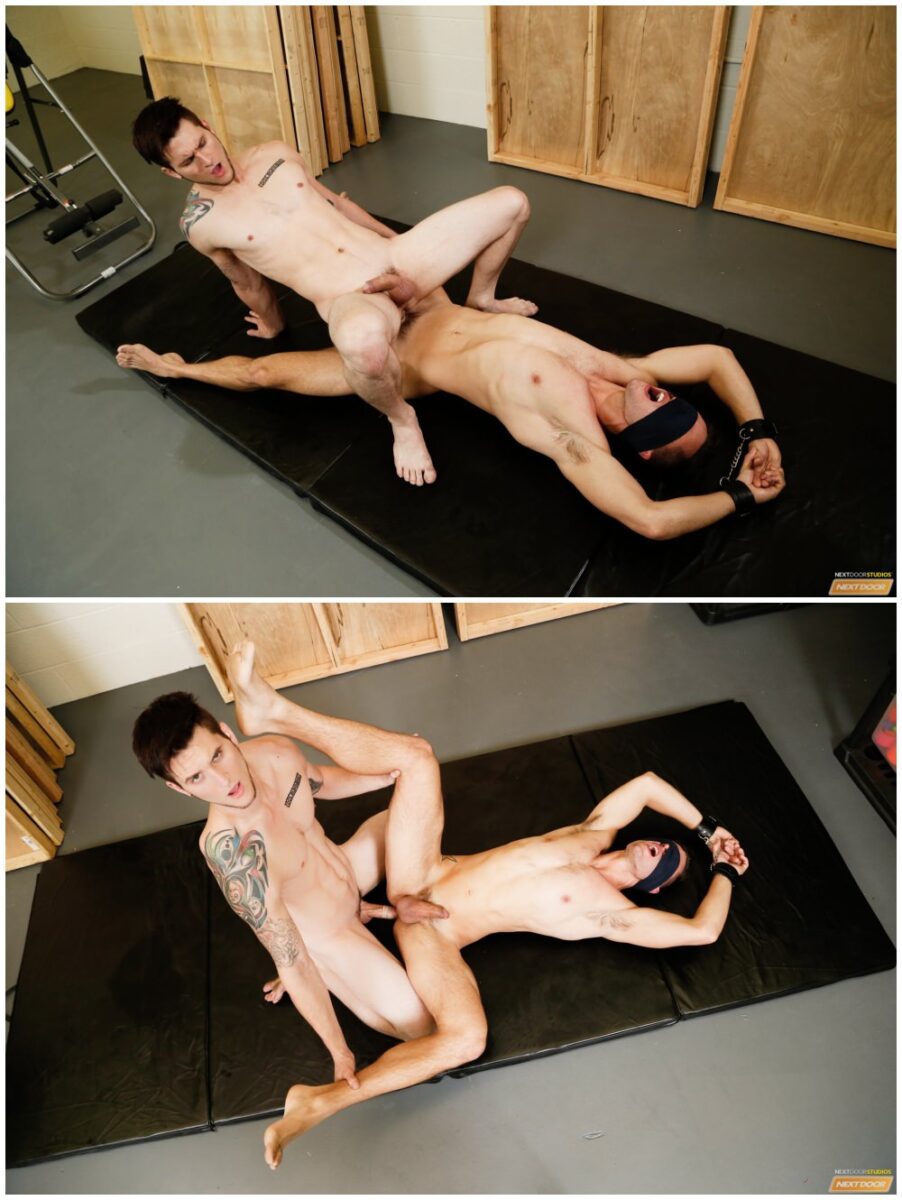 Watch the full scene here at Next Door Studios